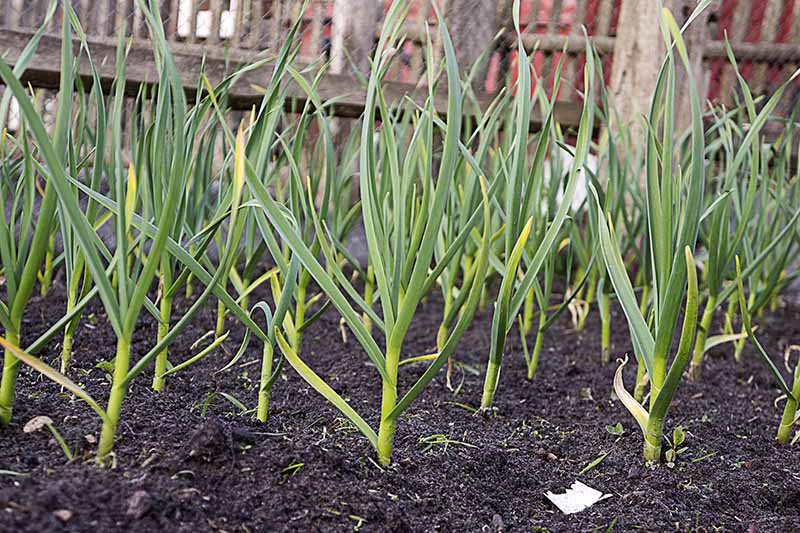 For the home gardener, garlic is a beloved and easily cultivated root crop that delivers natural, healthy benefits and outstanding flavors and fragrances for cooking.

However, for such a simple, straightforward plant, knowing how to select the best varieties for your region, and with the flavors you want, can be confusing.

That’s because there are hundreds of varieties available! And the system used for naming cultivars is a bit, um, whimsical, shall we say.

Basically, anyone who grows bulbs for resale can name their product whatever they like.

So, how do you know which is which?

When it comes to choosing the type of garlic you want to grow, it’s helpful to understand the basic features and habits of the 10 varietal groups, or families.

Because between these families, there are considerable differences, such as bulb and clove sizes. Some have a longer storage life, while others are easier to peel. And some do best in cold winter climates, while other varieties prefer mild winters.

Flavors range from rich and spicy to sweetly nutty. And the heat intensity varies from mild to eye-watering, wasabi-like levels!

So before you purchase this year’s seedstock, join us for a look at the 10 garlic families to know about for the garden.

What’s in a Name?

There are several hundred garlic cultivars, and the names tend to be all over the place.

This is because growers can develop their own strain of seedstock, then name it anything they like. The result is that numerous varieties have identical features despite having different names.

And on the flip side, some varieties have the same names but different characteristics.

For example, there’s a ‘Russian Red’ in at least four of the varietal groups but they all have dissimilar features… so, confusion abounds.

However, in 2003, DNA fingerprinting in two independent studies determined that there are only 10 distinctive types, or families, of garlic.

This makes it much easier to distinguish among the varieties, so you can make an informed selection based on your personal preferences and weather conditions for your area.

Experiment with different types until you find the ones that do well in your garden and deliver the flavor package you desire.

Botanically, all culinary garlics belong to the species, Allium sativum, which has two subspecies containing the 10 families, or varietal groups.

A. sativum var. ophioscorodon, or ophio garlics, are commonly known as hardneck or stiffneck plants, and feature upright growth from a central woody stem. Hardnecks require cold vernalization and produce a scape.

The other subspecies are the softnecks, A. sativum var. sativum, which don’t require vernalization and don’t produce scapes either.

The two softneck varieties are Artichoke and Silverskin.

Hardnecks are more flavorful than softnecks, with large, easy-to-peel cloves and bulbs.

However, softnecks are the type most readily found in grocery stores because of their superior storage life.

Hardneck varieties require a period of vernalization (winter cold exposure) at temperatures of 40 to 45°F for a period of six to 12 weeks.

This occurs naturally for fall-planted bulbs in areas with cold winters. But in regions with mild winters, you can create a false winter chill in the refrigerator, which provides the temperatures and humidity needed for germination and growth.

Place bulbs in a loosely closed paper bag in the fridge for a period of six to 12 weeks before planting.

The Glazed Purple Stripes are a small family known for the lovely coloring of their luminous wrappers, a shimmering pearly purple with the occasional touch of gold. Clove wrappers range from copper and gold to deep purple.

The stocky cloves are excellent for roasting with rich, woodsy flavors and a mild to moderate heat, which also make them a good choice for raw eating.

Plants do best in areas with cold winters, and are strong bolters. Remove the scapes to maximize bulb size.

Seedstock bulbs of ‘Purple Glazer’ are available at Home Depot.

This is another superb choice for roasting or sauteing with sweetly smooth, spicy flavors when cooked, and a fiery heat when raw.

Plants are noted for their consistent bulb size and overall performance, producing six to eight extra-plump cloves per head, with a shelf life of six to seven months. Remove scapes for maximum bulb size.

Bulbs of ‘Metechi’ are available at Burpee.

Porcelains are beautiful bulbs with uniform, milky white wrappers with the odd splash of purple, and cloves of light purple, tan, or white.

With an earthy, light spiciness and mild to moderate heat, the complex flavors hold up well in cooking.

The robust bulbs consistently produce four to eight large cloves, and scapes should be removed for bulb sizing. Storage life is up to eight months.

Thought to be the ancient common relative of all the garlic families, Purple Stripes feature thick, easy-to-peel wrappers of creamy white with purple stripes or splotches, and beautiful magenta to gold cloves.

With a medium heat, the flavor is strong, complex, and notably garlicky, and builds with age.

A star for cooking, Purple Stripe is a premier bulb for baking, with flavors so sweet it’s also the variety most often used to flavor ice cream!

Bulbs produce eight to 16 crescent-shaped cloves, and have a storage life of six to seven months.

Bulbs of ‘Chesnok Red’ are available at Burpee.

Rocamboles are large and handsome, with milky white to pinkish or purple wrappers, and attractive toffee to magenta-colored cloves.

Beloved for their exceptional taste – deep, buttery-sweet, and earthy – Rocamboles are often the first choice for chefs and garlic aficionados.

However, they can be a bit demanding to grow, and must have cold winters and well-draining soil.

The generous bulbs contain eight to 12 cloves, and scapes should be removed to maximize size.

‘German Red’ bulbs are available from Gurney’s at Home Depot.

Even though they look like softnecks with wide, floppy leaves, weakly bolting hardnecks can produce soft-stemmed scapes, although not always, and are genetically classified as hardnecks.

Unlike true hardnecks, the pliable foliage is easy to braid for storage. And should scapes form, removal isn’t necessary to improve bulb size.

The Asiatics have wide, floppy leaves and produce well-formed bulbs with thick, white wrappers handsomely colored with purple or toffee. Cloves are also attractive with sturdy wrappers of dark purple or tan.

Flavors have a spicy, sweet earthiness, and a heat intensity of medium to fiery hot that mellows with cooking.

Asiatics are among the first to sprout in fall, and develop medium-sized bulbs that produce four to 10 large cloves.

Medium-sized bulbs with sturdy, lustrous white wrappers and colorful cloves of magenta, deep purple, or white are notable features of the Creole types.

Flavors are exceptional, sharp with a nutty quality and an initial burst of heat followed by a mild, sweet aftertone that’s delicious cooked or raw.

Creoles love the heat (they’re from Spain) and grow best in areas with mild winters. The mid-sized bulbs produce eight to 12 cloves, and have a good storage life of nine to 10 months.

Bulbs of ‘Cuban Purple’ can be purchased at Burpee.

Turbans feature squat, plump bulbs with a bright white wrapper and purple marbling or stripes. The cloves have wrappers of deep pink or tan, with some purple blotches as well.

The flavor has a green earthy muskiness and can be fairly hot when raw, but becomes creamy and mellow with cooking.

Plants have wide, floppy leaves and size nicely without the removal of scapes. One of the earliest to mature, bulbs develop seven to 12 cloves, with a storage life of three to seven months.

‘Maiskij’ bulbs are available at Burpee.

Softnecks, or braiding varieties, are better suited for growing in mild winter climates because they don’t require the same degree of vernalization as hardnecks. However, they do produce larger bulbs with some chilling.

Purchased bulbs may have already been exposed to a cold period.

But if you’re growing your own seedstock and your winters don’t provide the necessary cold temperatures, your bulbs can benefit from some time spent chilling in the fridge, preferably for about two to six weeks.

A large-bulbed family, Artichokes can have uniform or irregular sized bulbs with thick, tight wrappers of white and purple, and tan or white cloves.

Bulbs have two to five overlapping layers of cloves that range in size from plump and large on the outside, to smaller cloves at the heart.

Flavors vary in complexity and heat, and range from sweetly mild to spicy and hot.

The large bulbs produce 12 to 25 cloves, and have a long storage life of nine to 12 months.

Bulbs of ‘Inchelium Red’ are available at Home Depot.

Silverskins have bright silvery-white wrappers with gold, purple, or tan veining, and white cloves touched with a blush of magenta or pink.

The large, irregular bulbs form two to five layers of 10 to 25 cloves. The cloves vary in shapes and sizes from round and squat on the outer layer to small, slender inner ones.

Silverskins are notoriously pungent and spicy with a hot, sulfuric bite and lasting flavor that always makes an impression – but not one that’s recommended for the garlic-timid palette!

Among the last to mature, Silverskin also boasts the best storage, with a shelf life of nine to 12 months.

Bulbs of ‘Nootka Rose’ are available at Burpee.

A Family for Every Garden

With a wide-ranging choice of flavors, varying heat intensity, and the ability to grow in mild or cold winters, there’s a garlic family suitable for every garden.

Remember that hardneck varieties must have a cold spell to bulb and grow. And for the largest bulbs, remove the scapes early, about when they start to curl.

Softnecks don’t require vernalization, and they’re the most fun to braid when it’s time to store your crop!

Which garlic families are your favorites? Any growing tips or recommendations to pass along? Drop us a line in the comments below!

And for more information about growing garlic in your garden, check out these guides next: 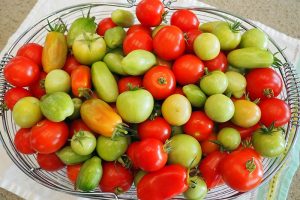 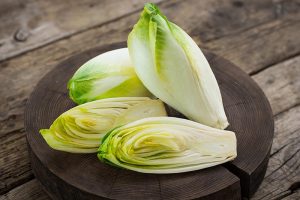 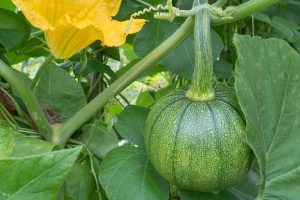 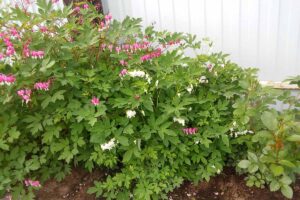 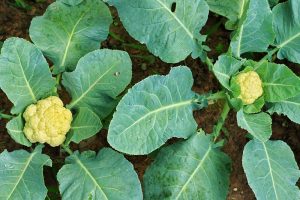