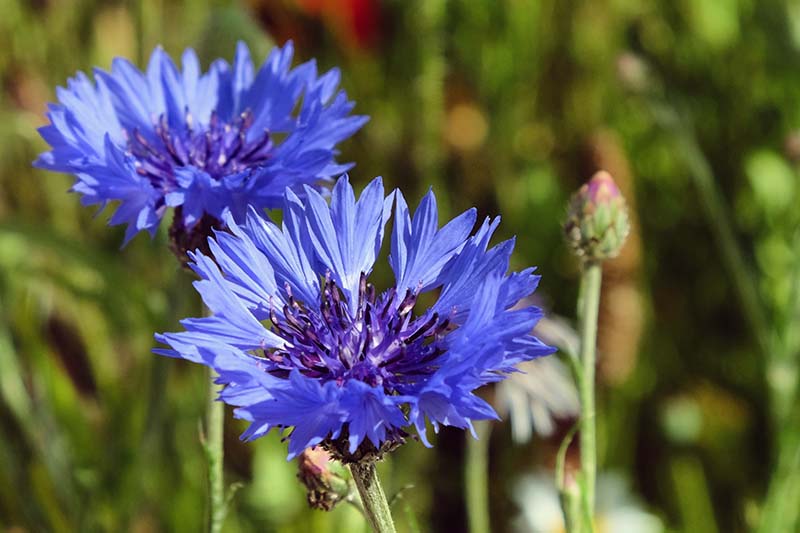 It may sound a wee bit excessive to suggest the ongoing chore of deadheading for a flower like bachelor’s buttons.

After all, the plant with the botanical name Centaurea cyanus and nickname cornflower grows so rampantly that in some areas, it’s considered invasive.

Frequent snipping is also the best way to keep these annuals from randomly reseeding.

I’ll share the benefits of deadheading here, and let you know when and how to perform this beneficial task. This is the information I’ll cover:

The Benefits of Deadheading

I’ll let you in on the less visible benefits of deadheading these annuals first.

For one thing, if you establish the habit, it’s a relaxing ritual in the morning or at the end of the day that doesn’t require much concentration.

And when you’re finished, you’ve accomplished something.

The procedure also sort of forces you to be out in the garden on a consistent basis, checking on things, enjoying the developments, and detecting potential problems before they become a big deal.

During my last session with the scissors, for example, I was able to share a moment with a mason bee who was also getting to know my cornflowers. Evidence of that visit is in the photo above!

For you no-nonsense types, the best practical reason to keep snipping spent cornflowers is to encourage more blooms.

This is especially important if you’re growing them for their edible blossoms, or if you’re envisioning lots of sweet flower arrangements.

When the plant doesn’t have to put energy into forming seeds, the stems and foliage will also tend to get fuller and stronger.

This could keep the plants from falling over or requiring as much staking, particularly if you’re growing the taller varieties, not the dwarfs.

For anyone who doesn’t like that self-sowing habit, deadheading is a must. With no faded flowers left on the plant, there is nothing in place to form seeds that could grow where you don’t want them to.

Since bachelor’s buttons are some of the first flowers to bloom and fade in the spring, they also balance all those dry leaves and rotting vegetables that tend to be in the compost at that time of year.

To learn more about composting basics, see our guide.

To get the maximum benefit from deadheading bachelor’s buttons, try to intervene right after the petals start to fade and die.

At that point, you don’t want the plant to spend any more energy on that particular blossom. So the sooner it’s gone, the sooner the cornflower can dedicate its energy to forming new buds instead.

If the flowers have already started to lose petals or get a little brown, go ahead and clip them anyhow! The sooner the better, but even snipping them off at this advanced stage will preserve some of the plant’s energy.

At a certain point, the spent flowers will form seed pods. You can tell when the petals turn brown and the base of the flower looks dry and brittle, too.

While it may still encourage the plant to produce a new round of buds if you snip these dried pods, that’s not as likely as it would be if you had cut them earlier.

Still, go ahead and trim them off. Then you can either proceed to save the pods for their seeds, following the directions in our guide, or eliminate them so they don’t self-sow.

If you don’t want cornflowers to reseed via the compost pile, cut the pods in half, making a vertical cut with scissors that goes through all of the seeds inside, before you add them to the bin.

That way, the seeds won’t be viable anymore, and you needn’t worry that they’ll sprout up wherever you use that composted soil next season!

Snip, snip! This deadheading process is one simple job, which is why I find it so relaxing.

Just use clean scissors or clippers to sever the spent blooms right where they connect to the stem.

Some people just use their fingers or fingernails to make the break, but that technique doesn’t work if you tend to tug mightily.

Particularly later in the growing season, it’s not that hard to accidentally tip over a gangly, tall variety while trying to pop a faded bloom off the stem. I stick with scissors.

You can let the blooms just fall to the ground, returning to nature as it were. But I prefer to collect them and add them to the compost.

How often do you need to deadhead bachelor’s buttons? It’s not overkill (pardon the pun) to do it every day, but scouting and snipping every three or four days is usually sufficient.

If you value these flowers but really don’t like their reseeding habit, you’ll need to clip more frequently, or hire a small child to do it for you.

This is such a tiny gesture in the grand scheme of things when it comes to gardening chores. But taken together, all these efforts add up to a glorious garden – or at least a wonderful work in progress.

If you’ve got ideas about deadheading cornflowers, or experiences to share, you are more than welcome to add them to the comments section below.

And if you are a fan of this sweet cottage flower and would like to learn more, read these bachelor’s button guides next: 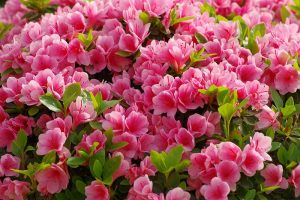 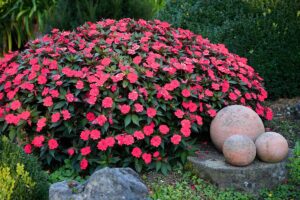 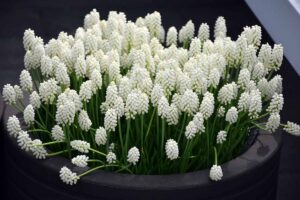 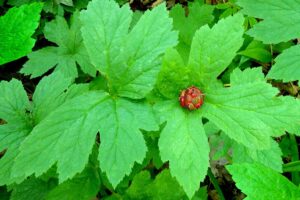 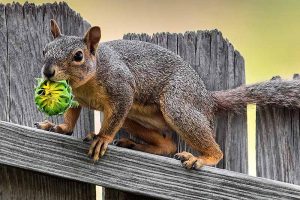