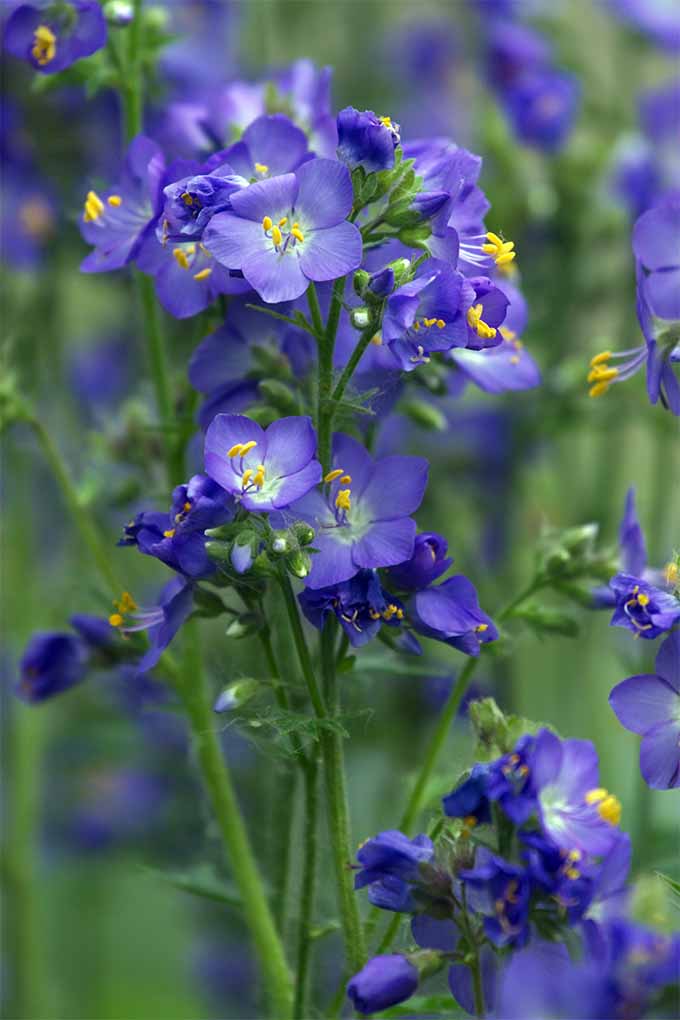 It seems to have come from Europe as an ornamental, seeded beyond its borders, and naturalized here. And, while there is evidence to suggest that it was used in medicinal applications in the past, P. caeruleum is not generally used as an herb today.

Other common names include charity, and Greek valerian, not to be confused with the “true” valerian plant, Valeriana officinalis. 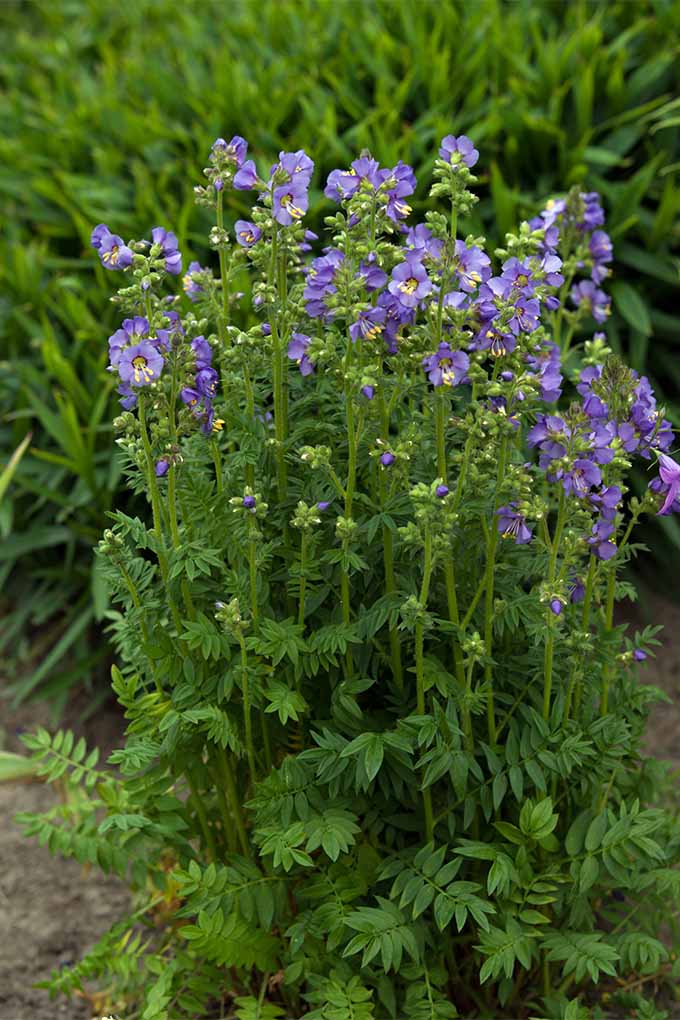 The upright stems of P. caeruleum rise regally, often to a height of three feet. Wispy leaves alternate, resembling the rungs of a ladder. 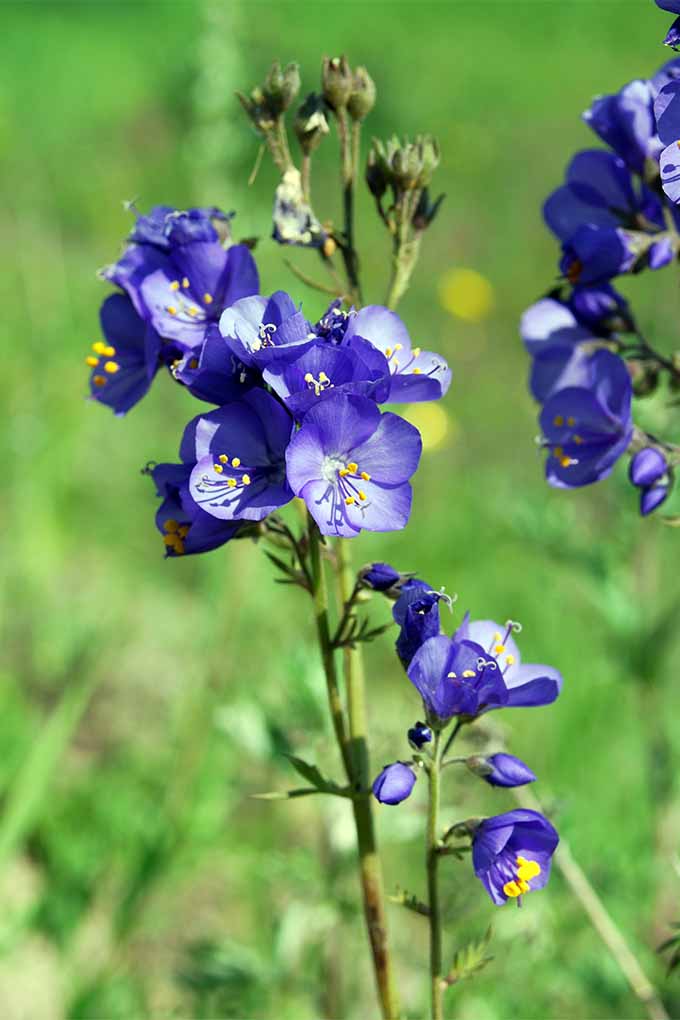 P. caeruleum is a late spring to early summer bloomer. Like the hosta, it thrives in shade where there is rich, well-drained soil, and makes a great understory plant beneath trees.

Given the opportunity to go to seed, it will naturalize on your property, returning in greater quantity each year.

P. caeruleum seeds are available on Amazon from Everwilde Farms. 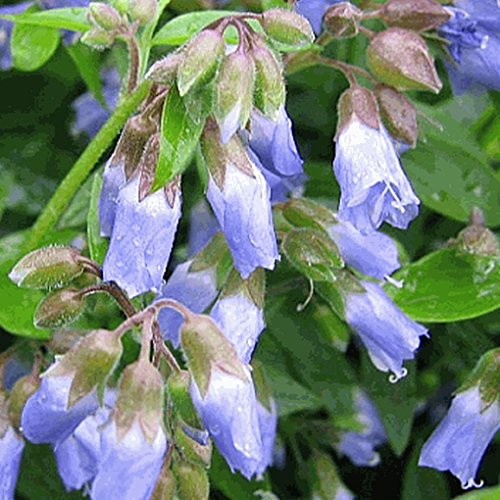 P. caeruleum is a striking flower that invigorates shady areas. 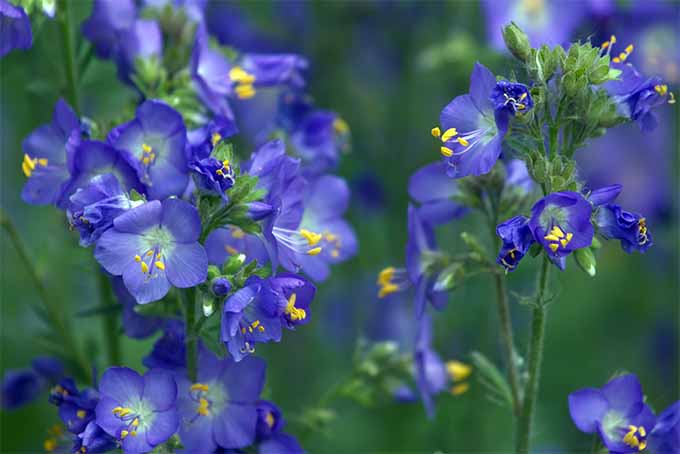 Plant it along stockade fences, to brighten the shadows they cast, and add structure to shorter plants arranged in the foreground.

How about welcoming visitors to your outdoor living space with tall spikes of brilliant blue flanking your garden gates?

For more ideas on bringing color into shady landscapes, see our article Choosing the Perfect Flowering Perennials: 5 for Your Shade Garden.

How have you added texture, color, and dimension to your gardens with shade-blooming perennials? Tell us in the comments section below.

Nan Schiller is a writer with deep roots in the soil of southeastern Pennsylvania. Her background includes landscape and floral design, a BS in business from Villanova University, and a Certificate of Merit in floral design from Longwood Gardens. An advocate of organic gardening with native plants, she’s always got dirt under her nails and freckles on her nose. With wit and hopefully some wisdom, she shares what she’s learned and is always ready to dig into a new project!

Hi Nan,
I am just starting with a little gardening and have bought Jacob’s ladder plant. I was wondering if I can plant a tassel fern with it in the same pot?

Hello Snehi –
We’re so glad you have taken up gardening! The two plants you have chosen are likely to be quite compatible, as both like a shady placement with moist, organically-rich soil that drains well and is on the acidic side. Best of luck!

Thank you so much Nan.. I am a little overwhelmed with the gardening stuff since I bought a lot plants for the first time.. I have a bag of potting soil.. would you recommend anything more.. I do have liquid fertilizer as well.. would love to get tips on potting.. also can I keep these plants inside the house with Indirect sunlight? Please let me know

Hi Nan, can you please let me know your thoughts on the above? Thank you!

Potting soil, liquid fertilizer per package instructions, and a placement that replicates the shade they thrive in outdoors should get you on the road to success.

Thank you! One more question: How do I make the soil acidic?

The potting medium should meet the low threshold for acidity and be adequate.

You mean the potting soil itself?

Yes, exactly. Jacob’s ladder can do well in a variety of soil types, but it prefers soil that is neutral to slightly acidic, about 6.0-7.0. Amendments like peat can acidify the soil, and you can check your soil’s pH if you like with pH paper or a soil test.

I planted Jacobs ladder 2 summers ago. The first summer it was beautiful. The second summer it returned and looked ok. This year I have nothing. It was planted in a semi shady spot with some morning sun. What happened?

Hi Val – What a shame. Sometimes plants tough it out for a year or two, and then succumb to conditions that are too sunny, hot, and dry. It’s possible that they might have done better in a shadier location with more moisture.