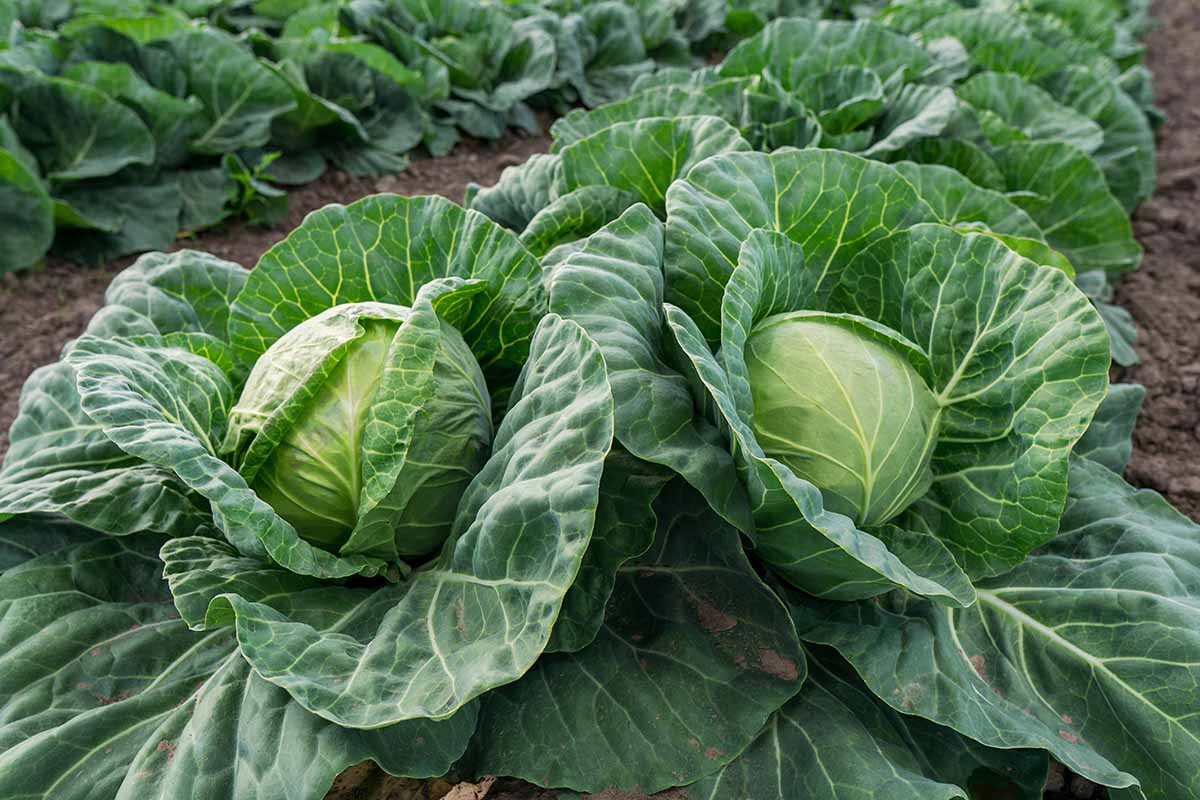 Most of the time, you don’t need to do much to keep your cabbage plants growing well. They’re fairly maintenance-free vegetables. But sometimes it’s necessary to prune your plants to keep them healthy or to encourage them to form bigger heads. Learn why, when, and how to prune cabbage leaves in this guide. Read more now. 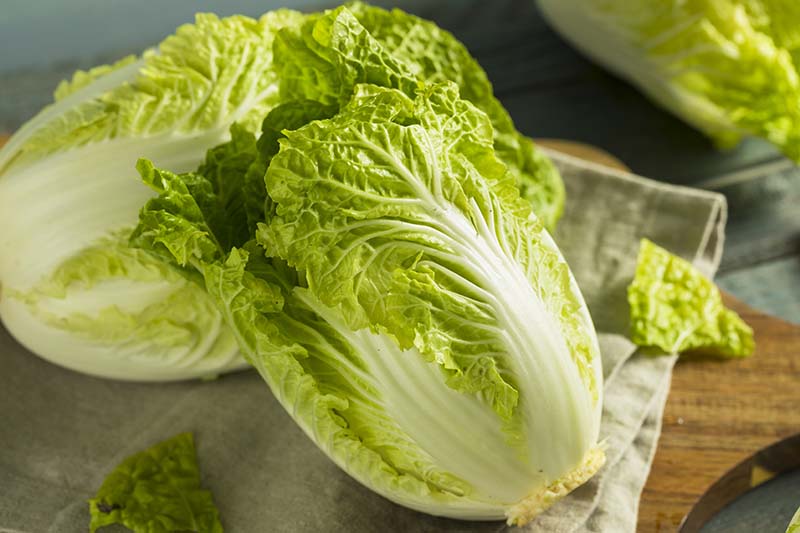 Some plants in the brassica group are a bit of a challenge to grow (hello, brussels sprouts). But napa cabbage is fairly easy. It’s also versatile in the kitchen thanks to its mild flavor and tender leaves. Whether this is your first try or you want to take your harvest to the next level, this guide will help you out. 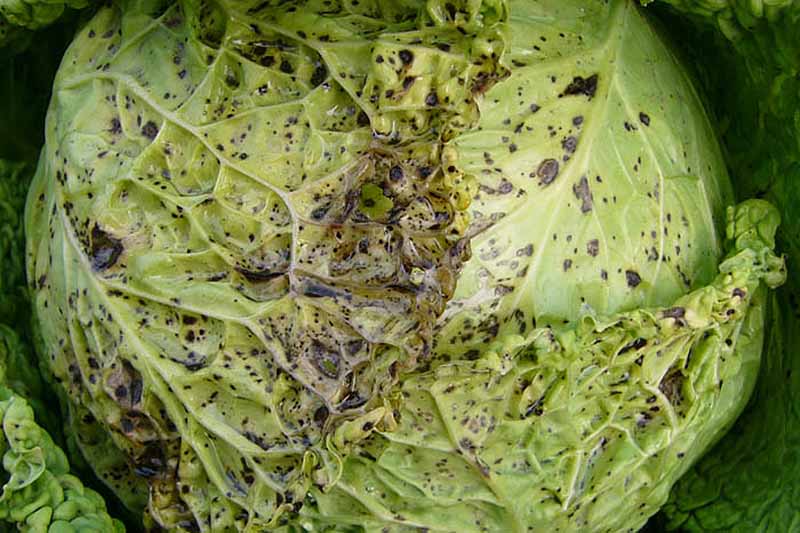 Mosaic viruses are more common in cabbages than you might think, with some estimates saying 10% of plants are infected. There’s no cure, and mosaic virus can spread – and completely ruin your crop. That’s why prevention is so important, and knowing what to watch for is essential. #cabbage #mosaicvirus #gardenerspath 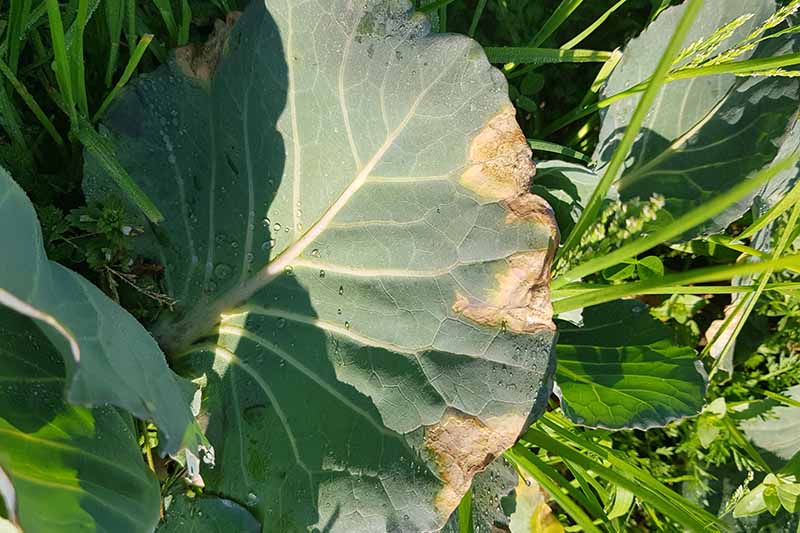 Cabbage black rot is a devastating cruciferous vegetable disease that begins subtly. Its signature foliar discoloration starts at the leaf margins, and usually goes unnoticed until it is so extensive that an affected plant cannot be salvaged. Read on for all you need to know to recognize and manage cabbage black rot. 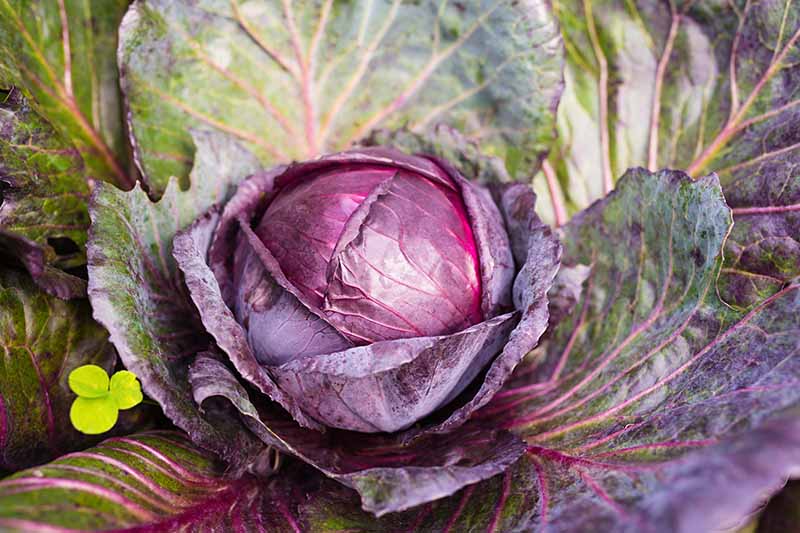 Should you tie up cabbage leaves? While it’s not a mandatory step in growing cabbage, tying the outer leaves may be beneficial in certain situations. It can help protect heads from pests and sun, saves space, and could potentially result in tighter heads. Continue reading to learn how and when to tie up cabbage leaves. 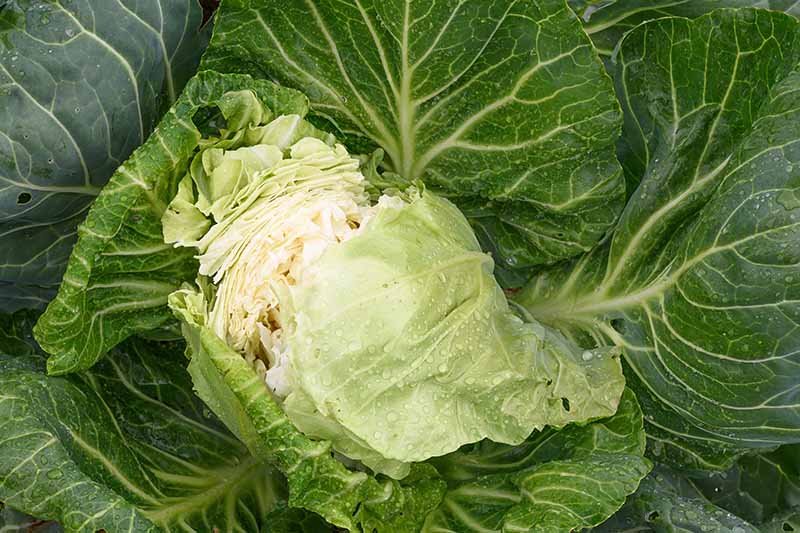 How can you stop cabbage heads from splitting? While certain factors that can lead to cracking are sometimes unavoidable, such as heavy rain following a drought, there are easy steps you can take to reduce the risk. Keep reading to learn why cabbage heads crack open and what you can do to help prevent it. 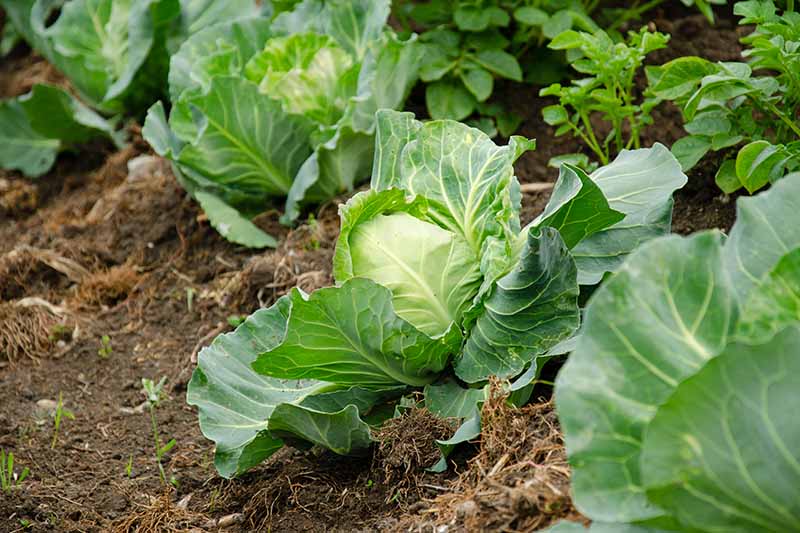 Frustrated by cabbage plants that won’t form heads? Numerous factors, such as extreme temperature, lack of water, and unsuitable nutrient levels may inhibit head formation in cabbages. In this guide, we explore possible reasons why this may happen and learn what you can do to help mitigate problems in the future. 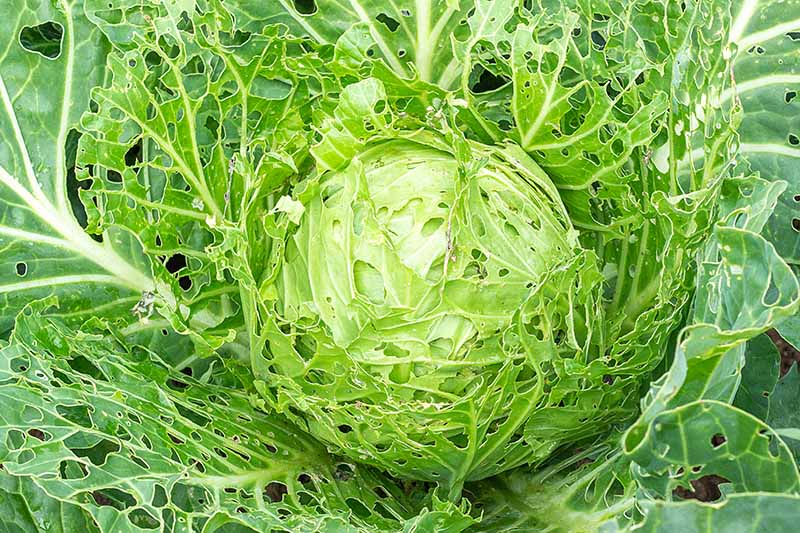 Any pests in the garden can be a real pain, but especially those that target cabbage, as they can destroy your crop and spread to other brassicas and garden plants. The list of animals and insects to be on the lookout for is quite lengthy, so it’s best to be prepared to deal with them expeditiously once they appear. 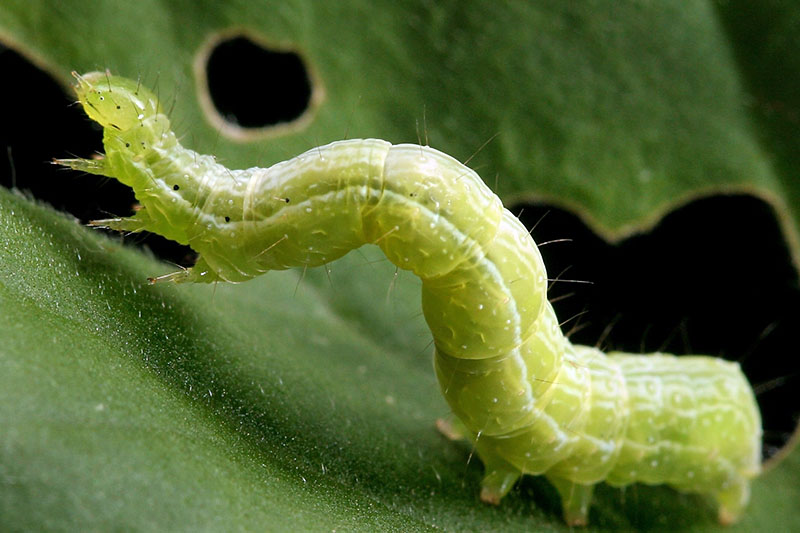 Cabbage loopers may look like harmless inchworms but their voracious munching can damage many crops in your garden including kale, turnips, cabbage, and broccoli. There are a number of methods that you can use to manage these caterpillars. Learn how to identify and control cabbage loopers in this guide. 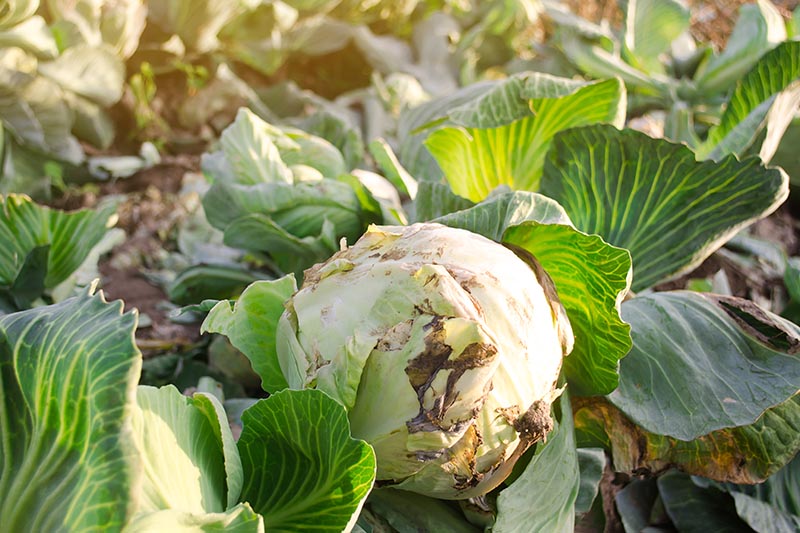 Do your cabbage plants appear diseased? An array of organisms can afflict cabbage plants, ranging in severity from powdery mildew, which generally does not kill its hosts, to bacterial soft rot, which totally decimates them. Read on to figure out which pathogen has infected your cabbages and what you can do about it. 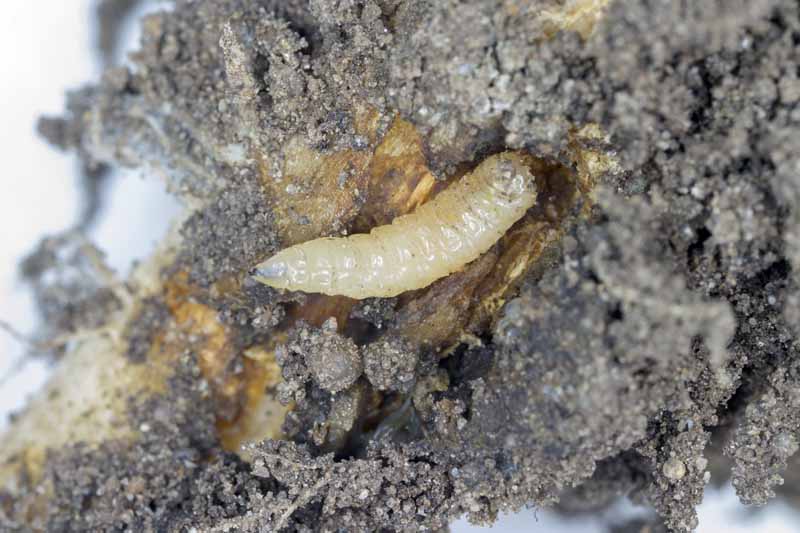 Cabbage maggots are tiny insects in the soil, and often by the time the plants show symptoms, it is too late to save them. Knowing what to look for lets you monitor for them and identify their presence in time to implement control measures. Read on to learn how to identify and control these pernicious pests. 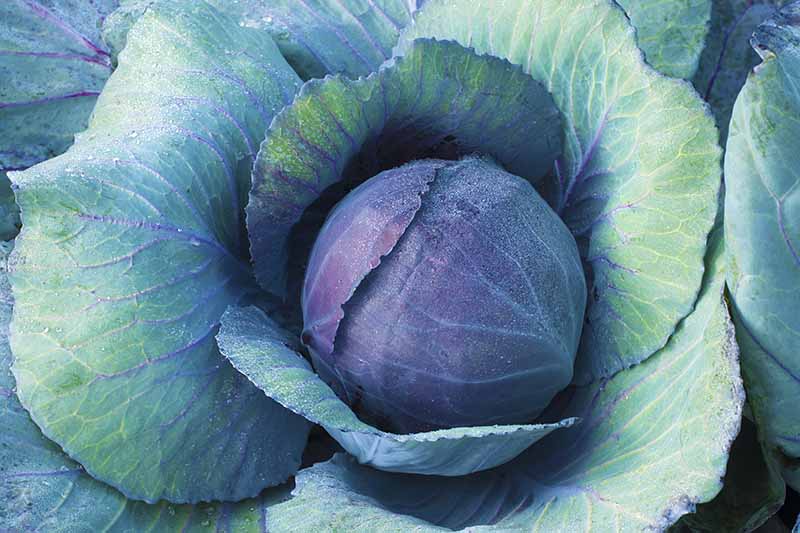 Whether you enjoy it in sauerkraut, soup, or coleslaw, cabbage is a versatile addition to your vegetable patch. With different colors, textures, and sizes there are lots of varieties to choose from. Learn more about the different types of cabbage and choose the perfect one for your garden. Read more now. 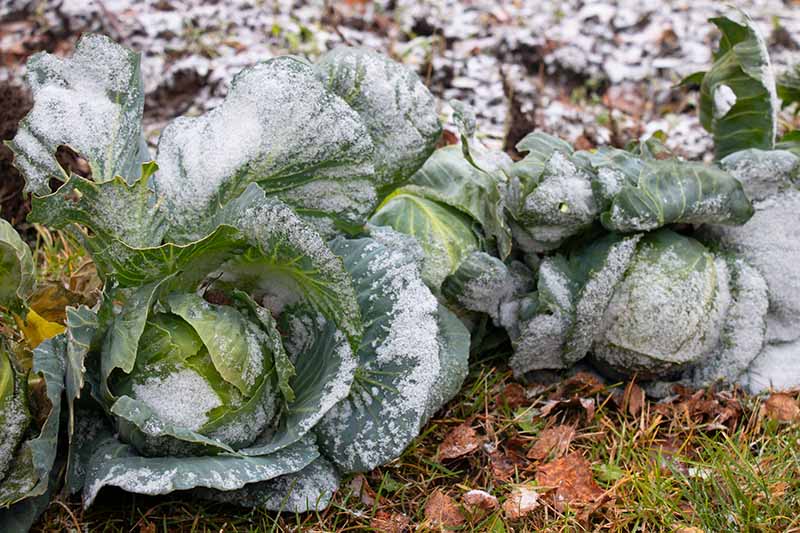 If you’re looking to pull a fresh, crisp vegetable from your winter garden, consider winter cabbage. Storage varieties can withstand cold temperatures and frosts without sustaining much damage. Learn about important factors such as planting dates and crop protection for a successful late-season harvest. Read more now. 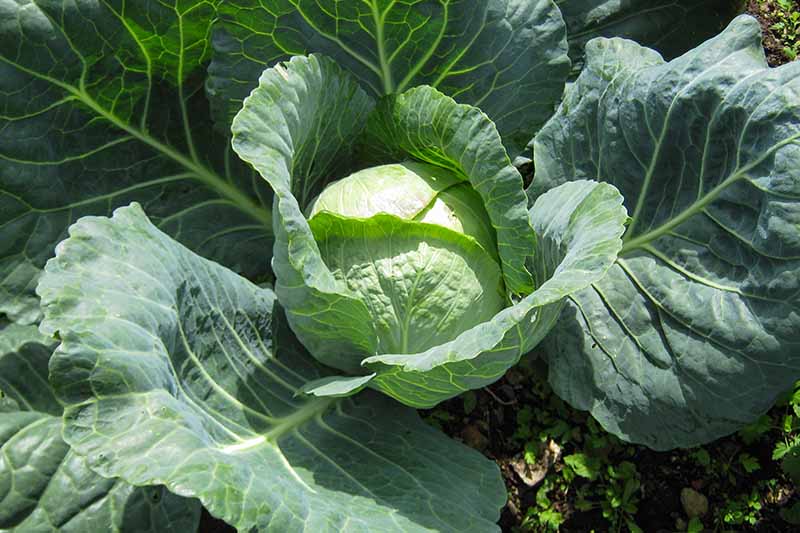 Wondering when and how to harvest homegrown cabbage? Get tips from our experts that explain the right time for plucking your spectacular spheres of deliciousness, and discover the best methods of picking them from the garden, how to store them in the kitchen, and fabulous recipe suggestions. Read more now. 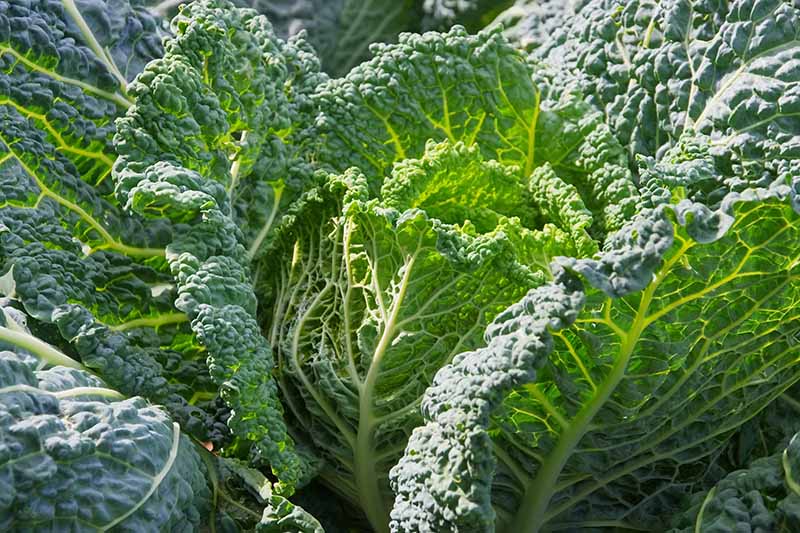 You’ve probably heard of green and red cabbage, but what about savoy? This variety has crinkled green leaves with a sweet flavor. Its deep green color and visually interesting texture make it a beautiful addition to your garden. Crunchy yet tender, this is a fantastic variety for using in slaws. Learn more now. 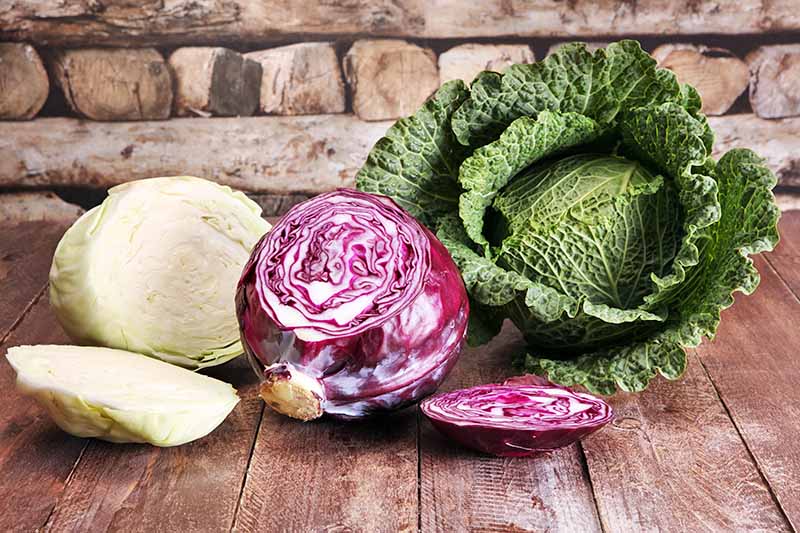 While it may not be as trendy as cauliflower or kale, cabbage is a low calorie vegetable that packs a serious nutritional punch. A member of the Brassica genus, cabbage is rich in several important vitamins, minerals, and antioxidants. Want to find out just how nutritious raw cabbage actually is? Read more now. 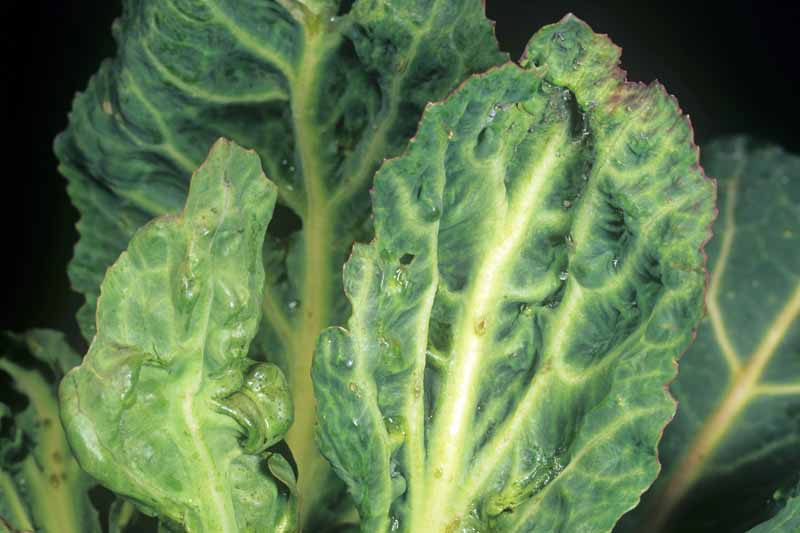 Turnip mosaic virus affects cabbage and a broad range of cole crops along with many other types of plants. Weeds serve as reservoirs for the disease, which is spread by aphids. Read on to learn how to control this potentially devastating disease. 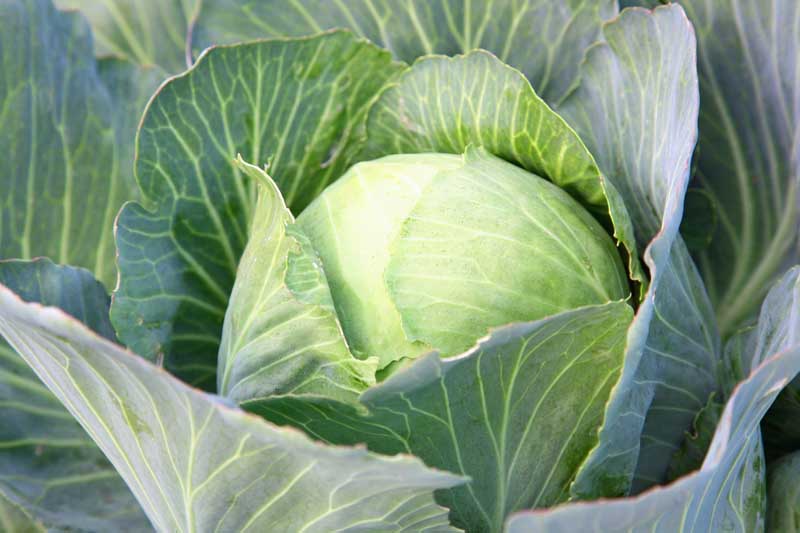 Cabbage has been grown around the world for centuries for good reason. With so many different ways to cook, preserve, and eat cabbage, this nutrient rich crop is a must for every garden. Read more to learn how to grow and maintain cabbage plants. 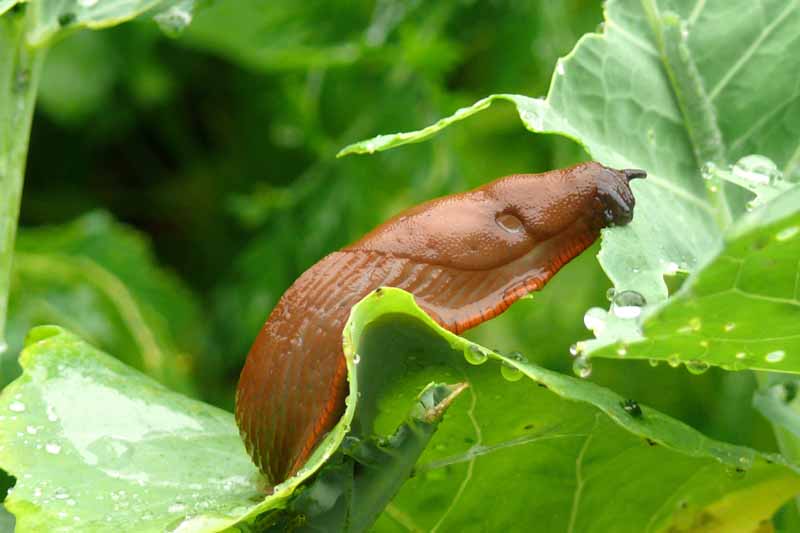 Although slugs can be highly serious pests of cabbage and other cruciferous veggies, there are a variety of techniques that you can use to control these land mollusks. Read on to learn a number of ways to banish slugs from your garden. You have options ranging from barriers to traps to predatory slugs and bait. 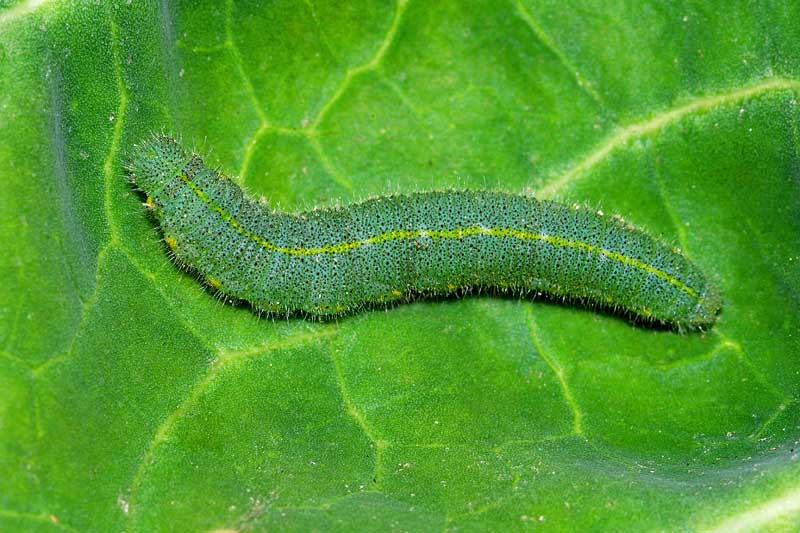 Cabbage butterflies live throughout the US and southern Canada. While you can handpick the cabbage worms if there are just a few, large numbers can kill your cabbage plants and many other cole crops and crucifers. Read on to learn how to control these voracious caterpillars.