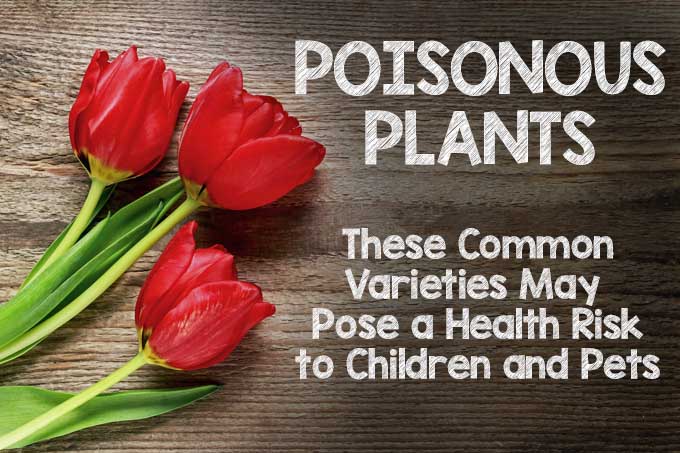 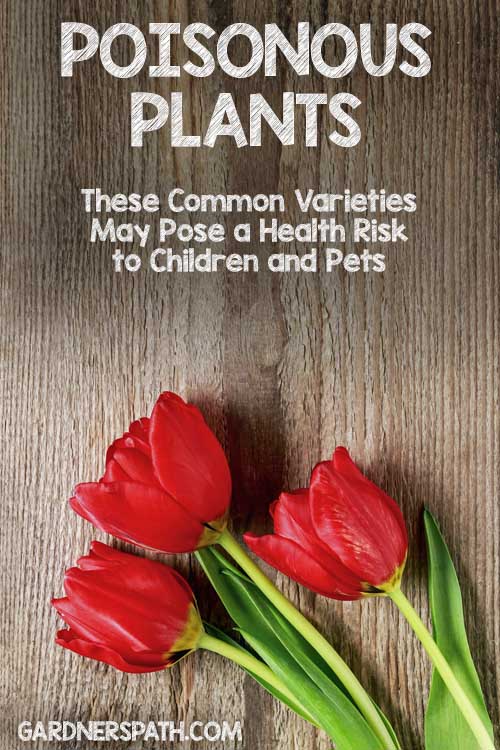 Walking outdoors with your new puppy, a growing child, or a curious cat can cause you to panic when they start touching, sniffing, or chewing strange leaves (or one of your precious azaleas).

I know I always start to worry when my cat walks through the garden with me.

That’s why it’s important to know which common plants can be poisonous.

A small problem like a rash, or a big one like a heart health issue, can arise in sensitive people or pets from interactions with some of these common plants and flowers:

Do not wait for symptoms to appear if you ever suspect that a child or pet has consumed any of these. Call 911, the National Poison Control Center, a veterinarian, or your doctor immediately, because it can be too late by the time symptoms appear.

Let’s take a closer look at the plants on this list.

Our beautiful, fluffy, and curious cats are more sensitive to lilies (such as amaryllis, Easter lilies, and stargazer lilies). Keep them far away from any blossom of this type.

According to the School of Veterinary Medicine at the University of California-Davis, eating any part of the flower or stem may cause immediate, complete kidney failure in animals. A few hours after ingestion, symptoms may include loss of appetite, vomiting, and drowsiness.

Tiny, white, and mysterious, Lily of the Valley is likely to cause death if ingested. Short of that, it can cause weakness, confusion, and vomiting.

Toxic Bulbs of the Amaryllis

All species of the Amaryllis (Amaryllidaceae) family, including the daffodil, are toxic. Bulbs are the most toxic, but remember that cats are sensitive to all parts of the lily.

Ingestion may induce vomiting, abdominal pain, diarrhea, tremors, and excess saliva. Long-term effects can also include depression and a lack of appetite.

Parts of the Daffodil and Tulip Pose Threats

The daffodil and the tulip are both Narcissus species that contain toxic alkaloids according to the Nova Scotia Provincial Museum.

Pets are more commonly diagnosed with these symptoms than humans, but death is rarely the outcome for either, unless thoroughly digested in significant quantities.

Symptoms may include dizziness and abdominal upset. And if heavily digested, it can cause convulsions.

The contaminated locations on these garden finds include the stems, leaves, and roots. The strongest toxin comes from deep underground, in the bulbs.

The alkaloids that make these members of the lily family dangerously indigestible come from amino acids. They’re mainly protein based, and they specifically affect the nervous system.

The liver – alongside various enzymes – helps the body to process these, but alkaloid ingestion of this type may result in dysfunction of the organ, and this can be fatal.

Forty percent of plant families contain these compounds. But some are actually used for medicinal purposes, or even common consumption, as is the case with one particularly beloved item: coffee.

What’s the number one succulent that’s soothing to humans, but dangerous to a dog or cat?

The answer is aloe vera, also in the liliaceae family. It’s been used medicinally since ancient times in India, Rome, Egypt, Greece, and China, and has been referred to as the “first aid plant.”

Its magic has been used to heal burns, wounds, frostbite damage, allergies, and even for improving the immune system.

There are more than 250 species in the world and most are non-toxic. But research has shown that there is a common, small houseplant called Aloe Variegate that contains an extremely poisonous hemlock-saponin-like substance.

It can cause gastric problems such as vomiting, diarrhea, and a change in urine color in your pets. Other problems may include depression or tremors.

All Rhododendron species – rhodora, azalea, and rhododendron – are toxic to both humans and pets.

The Nova Scotia Provincial Museum also states that both the leaves and the flowers are toxic to dogs, cats, and even horses, even though they’re members of the blueberry and cranberry family.

This means that even the honey produced from bees that pollinate this species is toxic if continually consumed. Cases of this have been documented as early as 400 BC, when soldiers, livestock, and children were overly exposed to it.

It takes a lot of leaves from these to get a human sick, but maintain caution because the stems can also be dangerous in teas.

Fatality is rare in humans, and here’s why: our digestive tract is able to break down small doses of the main substance, andromedotoxin.

Chemically related to turpine, both give off a burning sensation in the mouth, typically warding off anything (or anyone) trying to consume it.

Remember plucking a buttercup as a child, and holding it to a friend’s neck to see if they liked butter? These blooms are anemones, and they contain a compound that may cause skin irritation.

Rather than a glowing gold, contact with these can actually turn the skin red instead. 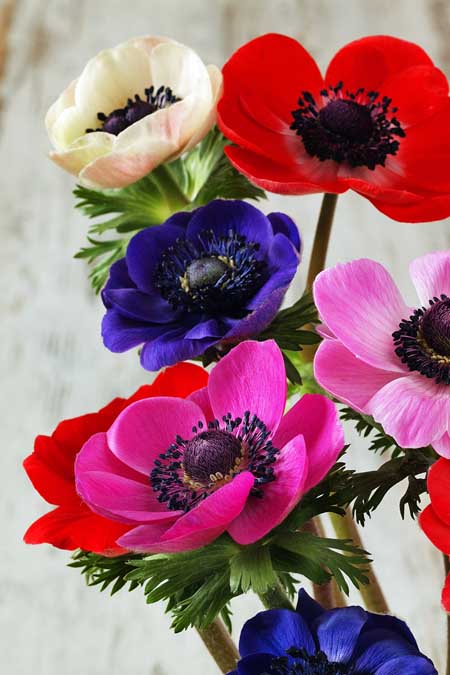 A perennial like all flowers in this family, with divided or cup-shaped leaves, they come in a variety of colors: white, purple, yellow, and red.

When fresh, all parts are poisonous, especially to children. This is due to the presence of protoanemonin, which according to rightdiagnosis.com, has a bitter taste.

Take this as a warning: bitter items often inspire us to spit them out for a reason!

Symptoms from contact with the sap may include irritation and blistering.

Gastrointestinal discomfort can arise if ingested, along with vomiting and diarrhea .

Autumn is the time of year when my mother and I bring my grandmother her favorite: mums, from the compositae family.

Little did we know that these hold more than one toxin that is harmful for cats and dogs. With beautiful and bold colors from white and yellow to orange, burgundy or even purple, it’s to resist their beauty.

According to Heather Blackmore at the Encyclopedia Britannica Blog, Mums produce a natural insecticide called pyrethrin. Along with the sesquiterpene lactones they also contain, just a little rub against these can cause eye and nose irritation in your pets.

If digested it can cause intense gastrointestinal problems like as vomiting and diarrhea, as well as dermatitis and a lack of coordination.

The annual castor bean herbs, of the Euphorbiaceae family, can grow up to fifteen feet tall. And these grow fast! In order to mature, they need long periods of frost-free weather.

They’re native to Africa, but have since become a popular garden plant in Southern and Western United States, where winters are short.

According to the Veterinary Medicine Library at the University of Illinois, all parts of this herb are toxic to animals big and small, and to humans as well. But the biggest threat is the beans. 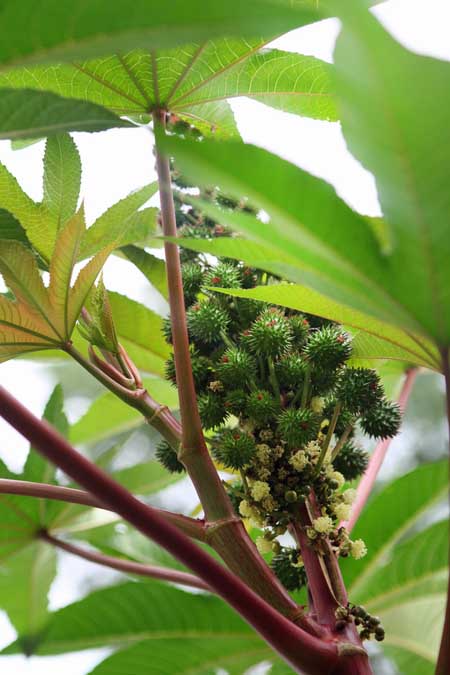 The poison these contain is ricin, which is a protein based molecule that is extremely toxic.

Signs and symptoms can appear in a few hours to a few days, with most cases appearing 12 to 48 hours after ingestion.

Nausea, abdominal pain, weakness, dehydration, and bloody diarrhea can be the most common symptoms. Others include loss of appetite, confusion, muscle spasms, dull vision, convulsions, and coma, as well as inflammation of the stomach and intestines.

After I learned that several of my indoor and outdoor favorites were dangerous for my cat, I immediately did some rearranging. I put the mums in a pot hanger outside that my cat can’t reach, and I transferred the aloe to a room that the cat doesn’t go into.

Keep these houseplants and garden favorites in mind while decorating your home or yard, and pass this information along to your gardening friends, because it may save a life.

And be aware that many plants commonly found in the wild, such as foxtail, can be dangerous to your four-legged friends.

And please let us know in the comments section about changes you’ve made to your décor, if you’re going to avoid one of these altogether, or if you always knew that certain backyard beauties were bad news.

Wondering which plants are safe for your family? Start with our guide to nontoxic houseplants. 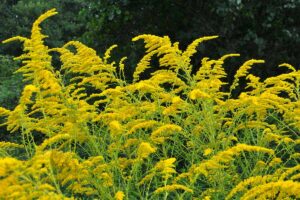 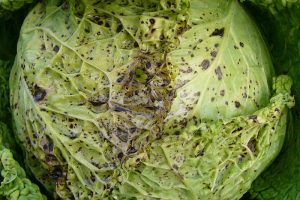