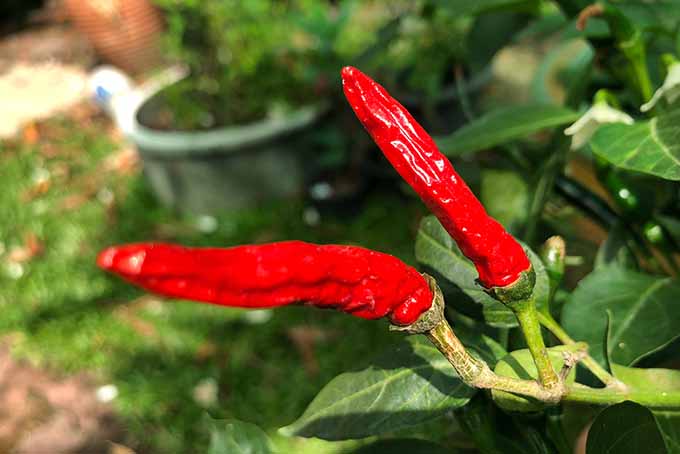 Growing hot peppers is the ultimate exercise in getting to know your neighbors — and I’ll tell you why later in this article.

In the meantime, let’s learn a bit about growing chilies, and why you should consider adding some spice to your garden.

Members of the nightshade family, Solanaceae, most cultivars originate from Capsicum annuum, a plant native to Mexico.

One of the most fun things about growing chilies is their color-changing properties. Usually — but not always — peppers start out green and then morph into yellow, orange, red, or purple.

Some chilies, such as jalapeños, start out green and fairly mild-tasting but turn red and get spicier as they remain on the plant.

What Makes Them Spicy

Peppers’ spiciness comes from the chemical compound capsaicin, which stimulates chemoreceptor nerve endings in the skin, especially in the mucous membranes. The more capsaicin, the “hotter” the chili.

Pepper cultivars are rated on the Scoville scale, with ascending numbers indicating increasingly spicy fruit. For example, bell pepper — sometimes called a “sweet pepper” and generally considered mild-flavored — is rated 0 to 100 on the Scoville scale, whereas sweat-inducing habanero is way up the chart at between 100,000 and 300,000 on the scale.

Which Is the Hottest and Where to Buy

Hundreds of cultivars are available, with more coming on the market frequently, as breeders work to outdo each other and create “the hottest pepper ever.”From innocuous bell to mild green jalapeño (2,500-8,000 Scoville heat units) to medium-hot bird’s eye (100,000-225,000 SHU) to tongue-scorching Trinidad scorpion (1,463,700 SHU), there’s a chili for any palette.

If mild is more your style, start with jalapeño, perhaps with these seeds available from Benjawan via Amazon. 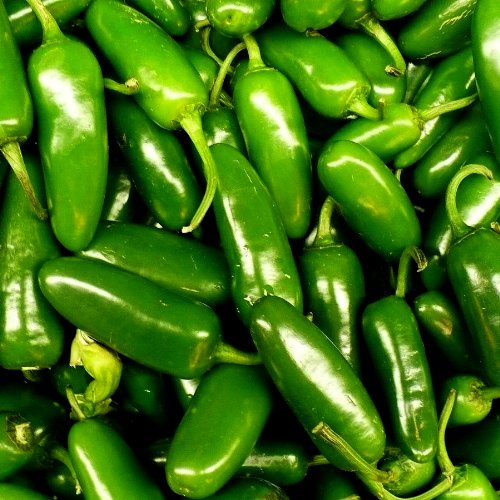 Poblanos — known as “ancho” when dried — are fairly mild as well, at 1,000-2,000 on the Scoville scale, but are larger and supply a delicious flavor. 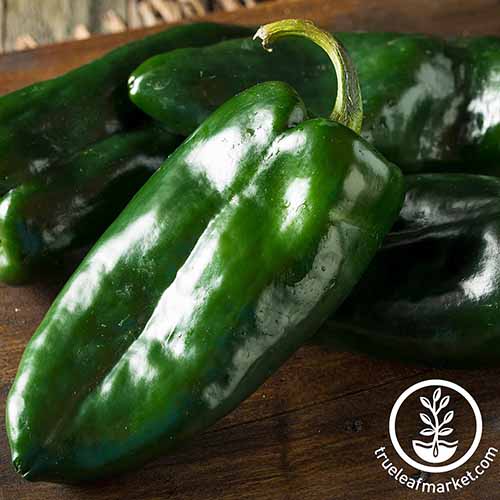 If you’re willing to be a bit more adventurous, consider cayenne, which hits the scale at 50,000 to 100,000 SHU. Find seeds for this spicy delight at PowerGrow Systems, available via Amazon. 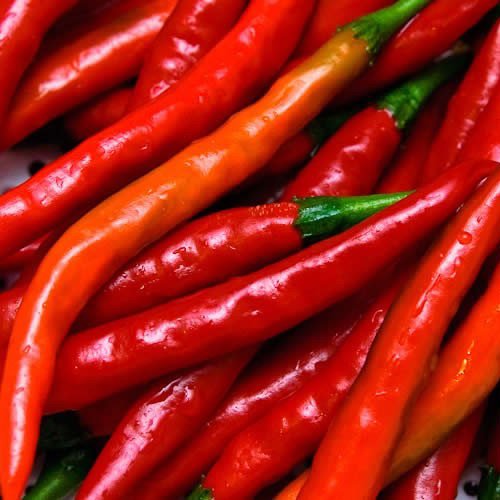 The approximately 100 seeds in the packet will produce heavy yields of finger-width, thin-walled red peppers that can grow up to 12 inches long. Cayenne is a good variety for eating fresh or for drying.

A favorite in Texas gardens is the chili pequin. These tiny little pearls of spiciness come in at 40,000 to 60,000 on the Scoville scale.

Available via Amazon, Hottest Plants will ship you a live 4- to 6-inch plant that will bear fruit in about 100 days. This plant can get quite large and will die out with a cold snap, but comes back year after year in Texas.

If you really want to fry your family’s tongues, grow Scotch bonnet from Harley Seeds, available through Amazon. 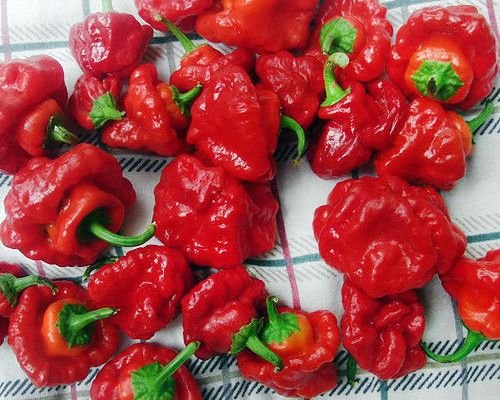 Closely related to habanero, Scotch bonnet falls at between 150,000 and 325,000 on the Scoville scale. You’ll receive about 30 seeds that produce a compact plant with plentiful thin-skinned peppers that are closely related to the habanero.

In 2013, the Guiness Book of World Records certified the Carolina Reaper as the hottest variety, with one specimen hitting the Scoville scale at 2.2 million. 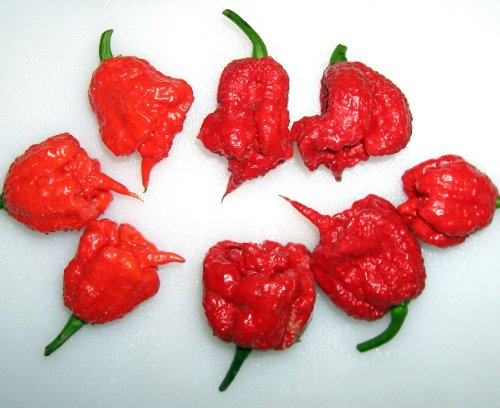 If you’re brave enough to try the Reaper, find plants for this cultivar from Hirt’s Garden, available via Amazon.

You can grow peppers from seeds or from nursery starts. Whichever you go with, keep in mind that you will get plenty of chilies from just a couple of plants.

Whenever I buy a six-pack of pepper starts, I share some with my neighbor Louie, and vice versa. This way we each get a variety of cultivars, and not too many of any one type. 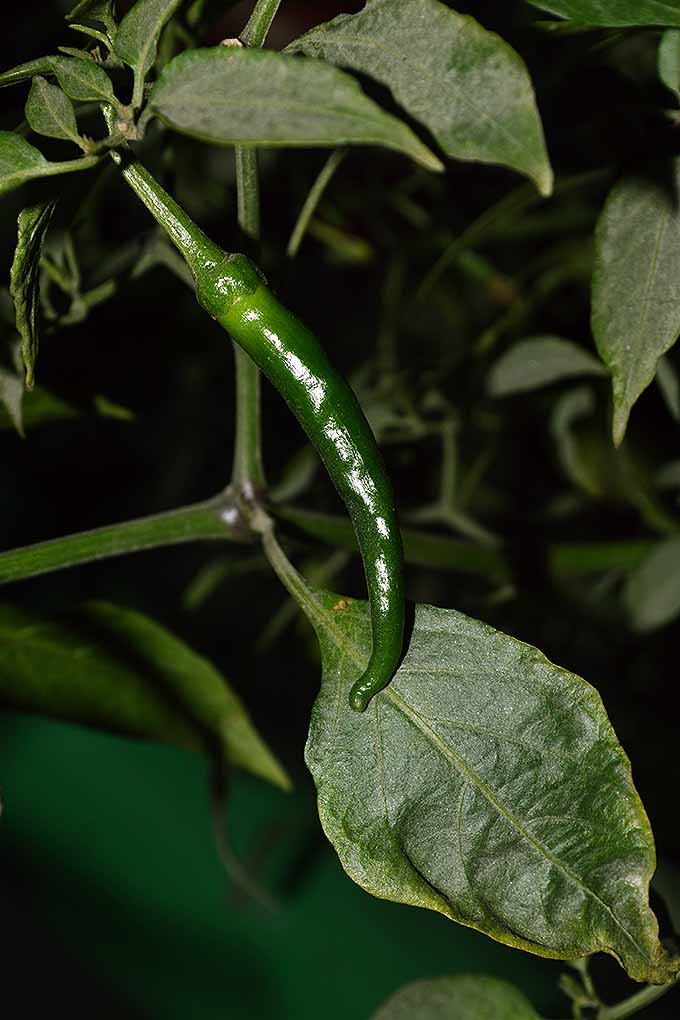 If you wish to grow from seeds, start them indoors 8 to 10 weeks before you intend to transplant, which should be two to three weeks after the expected last frost.

Pepper seeds require warm temperatures (70 to 80°F) to germinate. Some gardeners use a warming mat, such as this one from Vivosun, available via Amazon. 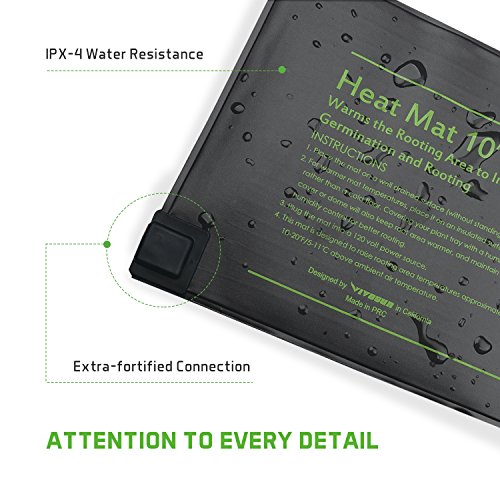 Place your seed tray on this mat to encourage germination and keep the seedlings’ roots warm. You can transfer them outside when night temperatures average around 55 to 60°F.

Some gardeners place seeds between sheets of damp paper towel, put that inside a zippered plastic bag, and place the bag in a warm place, such as the top of a refrigerator.

When the seeds sprout, plant them in small pots, and place in a sunny southern window.

When the nights are warm and it’s time to transplant outdoors, select a spot that gets at least six hours of sun a day.

These spicy edibles prefer well-drained sandy loam with plenty of organic matter. Space plants 12 to 24 inches apart, depending on variety.

Unlike with tomatoes, you don’t need to bury the stem of peppers; just dig a small hole and set the starts into the soil at the same level at which they were previously growing.

Water well, and fertilize with a 10-10-10 mix, working the fertilizer into the soil.

As the growing season progresses, water your plants enough to keep them from wilting. Apply more fertilizer when the first fruits begin to enlarge.

Peppers can be plagued by flea beetles, which can be treated with diatomaceous earth. Or mix up a solution of 1 cup rubbing alcohol, 2 1/2 cups water, and 1 tablespoon liquid soap. Spray the mixture on the pepper plants.

If you’re really desperate, you can use a chemical treatment, such as Sevin Bug Killer. But keep in mind that it is extremely toxic, and any vegetables sprayed with it should not be eaten for at least 3-14 days. Chemical pesticides should only be used when there is a clear need, and many gardeners would advise using them only as a last resort.

Aphids can also be a problem. For these pests, try neem oil, such as this one from Garden Safe via Amazon.

This concentrated product will make 16 gallons of treatment.

Neem oil will also address leaf spot, which is often caused by a fungus.

Harvest — Can You Smell the Salsa?

The first chilies will be ready to pick 8 to 10 weeks after transplanting. You can pick them at any stage, when they’re still green, or later when they’ve changed to a brighter color. 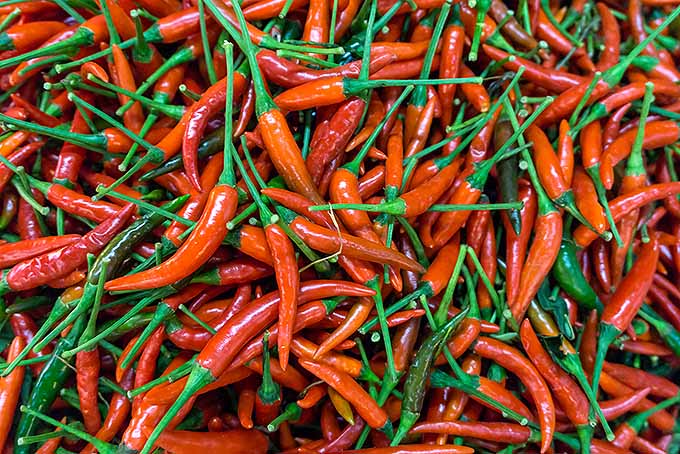 If I need a chili for dinner, I’ll pick whatever’s out there, even if I know I’m early and the pepper would get bigger if I left it on the plant. If I need it, I’ll pick it, knowing many more will soon follow.

I try to pick my peppers just in time, but if a ripe fruit has been on the bush for too long, it’ll start to get a tough skin or shrivel.

Store harvested peppers in the vegetable drawer of the refrigerator — they’ll keep for 5 days or so.

If your harvest is abundant, dry some of your crop for use year-round.

To dry your chilies for future use, use a food dehydrator or put them in a single layer on a sheet pan in an oven set at its lowest setting, with the door cracked open. Keep an eye on them and flip them occasionally. This method can take several hours — you just have to eyeball it.

I don’t have a dehydrator, and I’m too lazy to keep an eye on the oven for hours, so I just dry my chilies on a paper towel on the kitchen counter.

I let them sit there for several days, then when they’re shriveled and dry, I toss them in a decorative bowl I always have on the counter.

If your house is humid, this might not work for you. At my house in the summer, the air conditioning runs full blast 24/7, sucking all the humidity out of the air.

Head for the Kitchen

Now that you have all of these delicious peppers, it’s time to put them to work in the kitchen. First, you might want to check out this guide to cooking with hot peppers.

Let’s start with the basics: pico de gallo. This versatile mashup of fresh vegetables is the must-have accompaniment for any Mexican dish.

Find the recipe on our sister site, Foodal.

Now that you’ve mastered pico, try your hand at queso, another derivative of Mexican cuisine.

This recipe calls for poblanos, the distinctive flavor of which makes them one of my favorite non-spicy pepper types.

Get the recipe from our friends at Hunger Thirst Play.

In addition to playing an important role in Mexican cuisine, chilies enjoy a prominent place in the curries typical of east and south Asia, as well.

This vegetarian curry calls for two types of peppers — dried, ground cayenne (do it yourself!) and your choice of red chilies. Use whatever’s fresh from the garden to lend the spice level you’re comfortable with. And don’t forget your homegrown eggplant!

Get the recipe from Foodal.

Let your bells stay on the bush for some extra time so they develop a beautiful red color, then add them to this healthful dish that features gluten-free noodles.

You’ll find the recipe for this tasty main dish at Foodal.

Whatever you plant, you’ll likely produce more chilies than you could ever eat, which means you get the opportunity to share with your neighbors. We always end up with a selection from Louie and sometimes from other neighbors, as well. 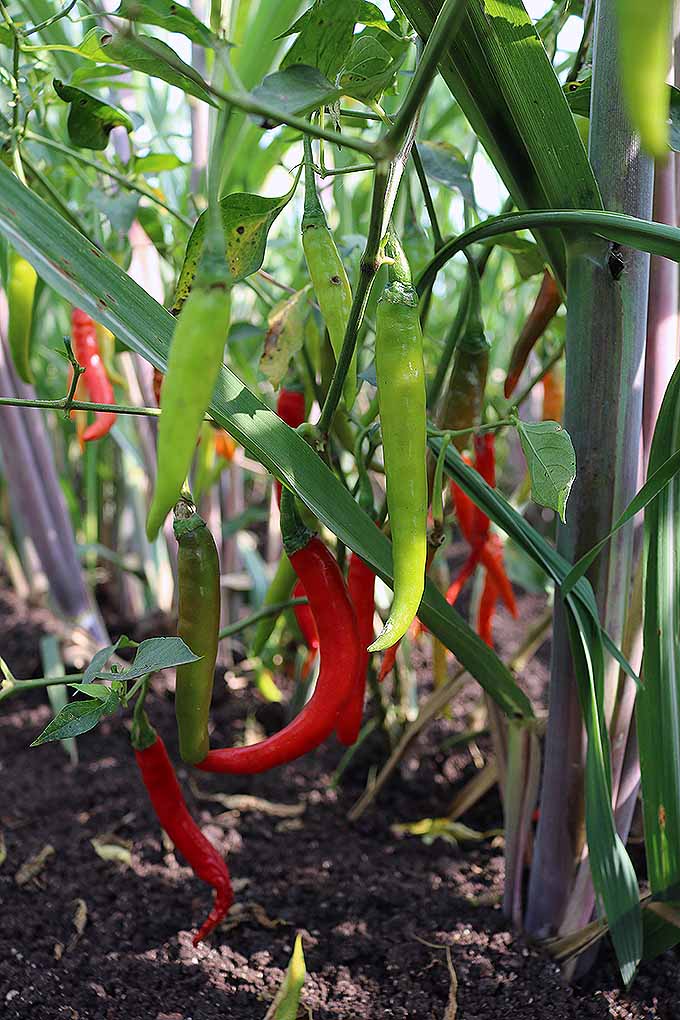 Peppers are easy to grow, and each plant is quite generous with its bounty, meaning you don’t need a whole row to get enough spiciness for your family and a few of your neighbors.

What are your favorite varieties to grow? Tell us in the comments section below, and if you want info on growing various peppers, be sure to check out all of guides or start with these:

I’ve been making friends my whole life! Last year was my first try growing peppers and make friends I did! My neighbors make fun of me by telling everybody to get your peppers from Joe he has the good stuff!

Funny, and true, Joe. My friend Louie and I exchange pepper plants, and then at harvest time, I’m often able to share some of my bounty with other neighbors. It’s what gardening is all about, isn’t it?