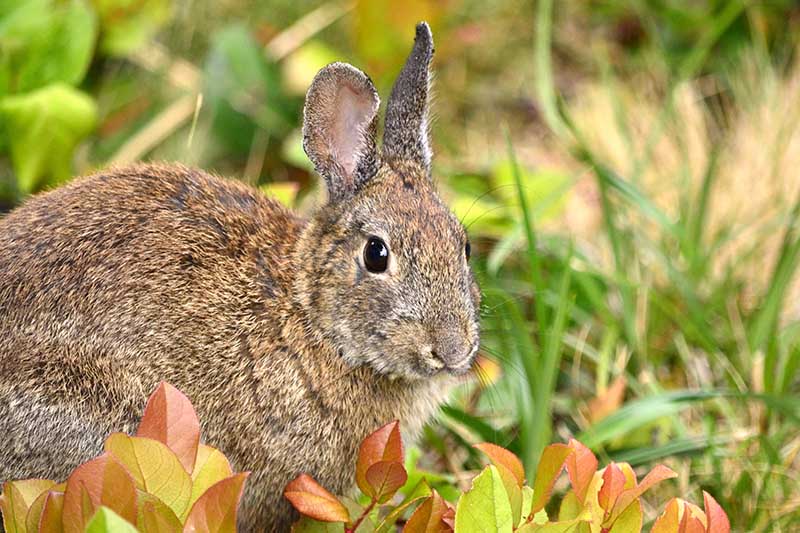 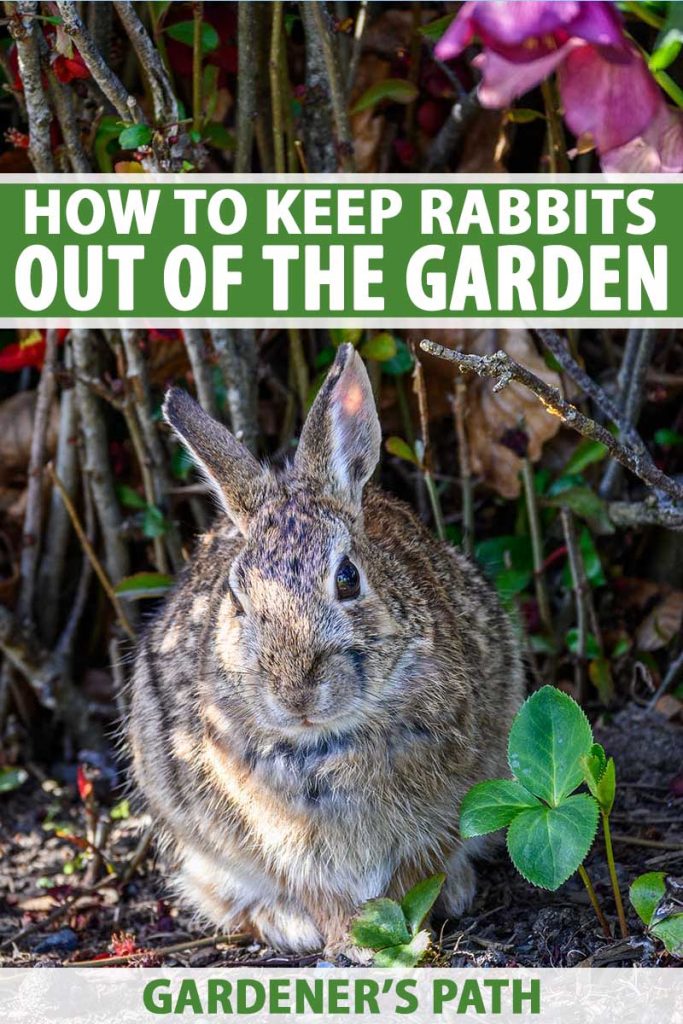 I read “The Tale of Peter Rabbit” just like everyone else, and loved the drawings, the live action movie, and the series of stuffed animals that came out many decades later.

While reading the book, I sympathize with Peter and Flopsy and Mopsy. But when it comes to cottontails making free with my home garden, I am strictly Team Mr. McGregor.

It can be discouraging to plant a flat of flower seedlings and have them disappear overnight, nothing but nubs in the morning.

As a veteran vegetable gardener, I find it just as disheartening to have row upon row of bush beans sprout, grow an inch or two, and then get consumed in the space of a day.

What’s a gardener to do with these cute little pests?

I’m happy to report that there are solutions. You don’t have to resort to hunting these critters, either. (Sorry, Elmer Fudd.)

Instead, take a few minutes to familiarize yourself with rabbit behavior. That will help you to understand and provide ways to thwart their “all the garden’s my salad bar” habits without violence.

Careful plant selection and neatening up your yard and garden are right up there, too. Live and let live? I’ve got a couple of suggestions for ways to have a flourishing garden and coexist with the occasional bunny intruder, too.

Here’s what I’ll share for those on a mission to keep rabbits out of the garden:

Is That Really Rabbit Damage?

There’s a slim chance that the damage you’re observing on your young flower seedlings or vegetable sprouts was done by another pest.

I had that happen to me when I assumed rabbits were chomping away huge bites of my springtime greens (pictured above).

But ragged bites and holes in greens or other plants, that’s just not a rabbit’s style. That type of plant damage comes from slugs or snails.

Rabbits are much more precise. They cut completely through the main stem of a seedling, and the results look like they used scissors, not their sharp teeth.

If you’ve got nothing but nubs, that is probably rabbit damage. 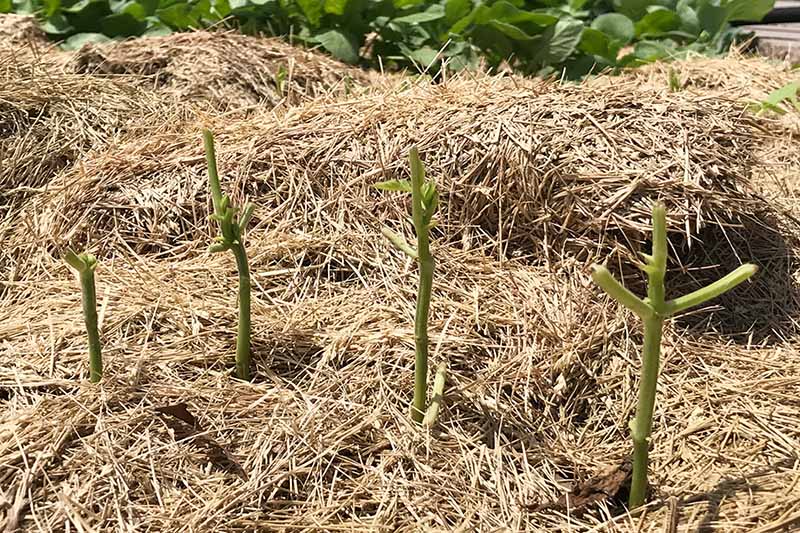 Cottontails will also gnaw at the bark of young trees. You can tell that it’s them, not deer, because their marks only go up a couple of feet at the most.

You can confirm that they’re doing the damage by looking for their small, rounded droppings around the scene of the crime. 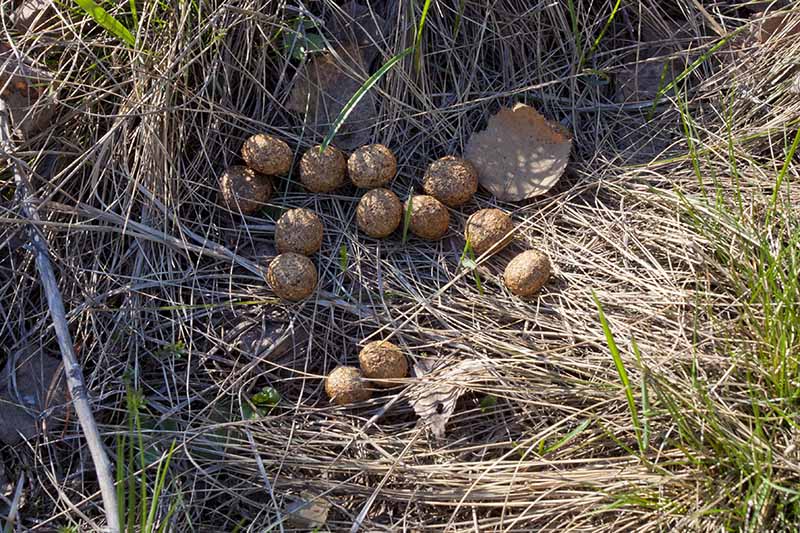 Once you’ve established which garden pest you’re coping with, you can come up with a strategy for protecting your plants and flowers.

If you’re already a hunter or have a gun in the house, it may occur to you to try to eliminate your rabbit infestation with fire power. I would strongly discourage that approach. 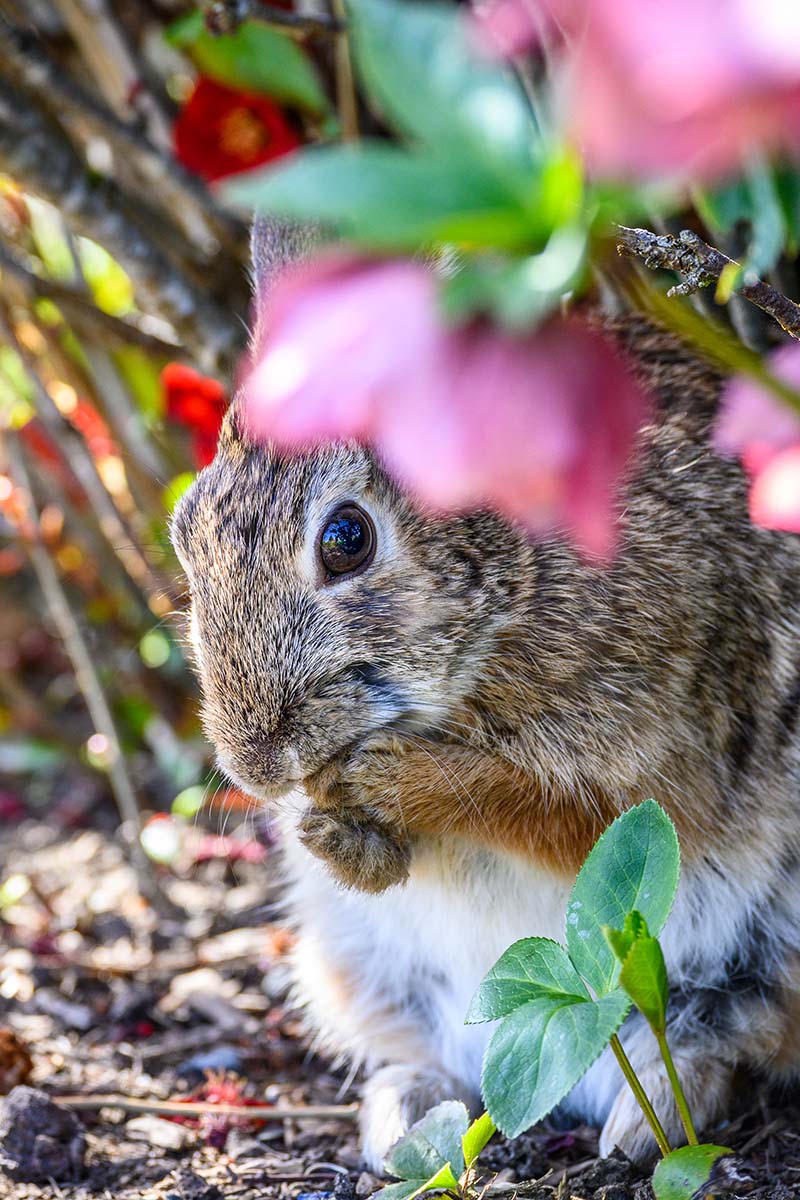 For one thing, if you live within city limits, in most places there are restrictions on shooting a firearm. Also, you run the risk of hurting other wildlife or scaring the neighbors.

In more rural areas, there are also complications with disposing of the carcass, and no guarantee that you’ll hit your mark.

And on a practical note, unless you plan to spend a lot of time waiting for your prey to appear, you probably won’t be able to keep up with the burgeoning rabbit population once they go after your garden.

According to experts at the Penn State Extension Service, mature cottontail does can have as many as 40 offspring in just one season. And they start being able to reproduce when they’re one year old.

Since the numbers are against your potential for success in eliminating these garden pests by shooting them one by one, I’d encourage you to focus on the following prevention methods, which will work for any rabbits that might be trying to establish your garden as their family buffet.

While you might think of rabbits as being jumpy animals, they can’t really achieve much height.

Cottontails can jump two feet at the most, while jackrabbits might go a little higher than that, but usually only if they’re being pursued by a neighborhood dog. 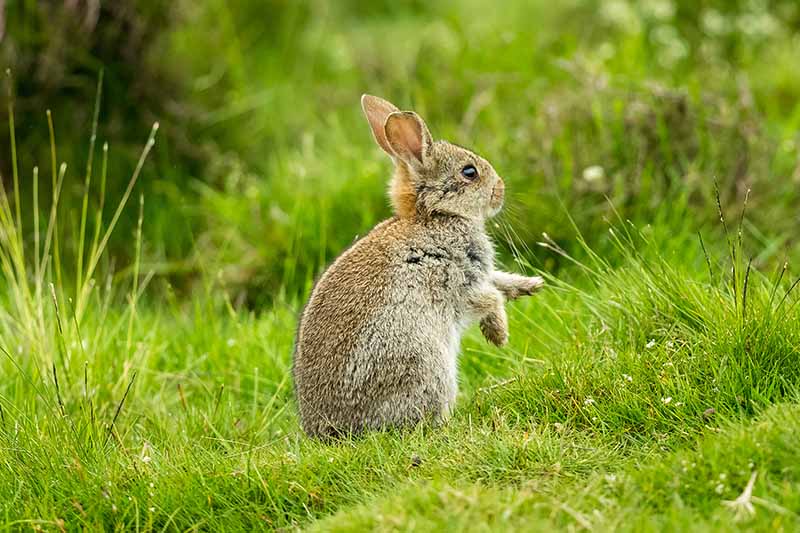 That means a first line of defense is a raised bed garden with sides at least two feet tall. If that’s not practical for a vast vegetable garden, or the bunnies are after your landscape plants, you’ll need to try other tactics.

Or, you can triage, and only plant the flowers and vegetables that are most appealing to rabbits in raised beds, saving your in-ground patches for plants that are less tasty to Peter, Flopsy, and Mopsy.

If the raised bed route isn’t viable, or would only work in part of your growing spaces, consider some fencing, too.

Since most rabbits can’t hop more than two feet off the ground, fencing only needs to be about 26 inches tall. 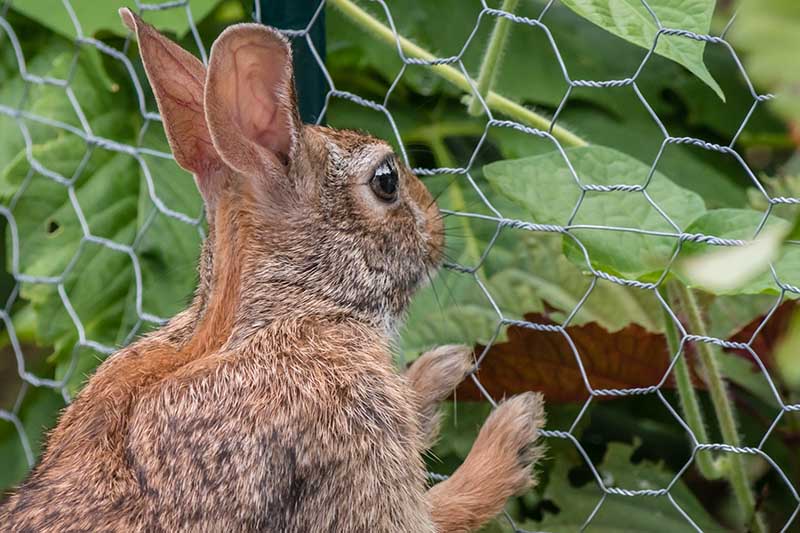 That’s a relief for flower gardeners, because it’s easier to find an attractive or elegant fence option when it’s only a couple feet tall.

You do need to make sure the openings in the mesh or fence rails are no wider than a couple of inches, though.

Rabbits can squeeze through anything more wide, although they won’t do that if they can find what they like to eat handily outside this barrier.

Also dig a furrow and place the fence so it plunges at least 10 inches below the soil. Cottontails aren’t powerful diggers, but they can uproot a bit of earth to get under a fence if you let them.

Keep in mind, flowering plants and seedlings are particularly appealing when they’re young and tender.

So if you’re not willing to mess with a fence, try to at least put some netting over the plants you buy when you first bring them home from the nursery and put them in the ground. That’s when they’re most susceptible.

Landscape and Tidy Up to Discourage Rabbits

As gardeners, it’s easy to feel like invasive pests are the problem and we’re forced to deal with them. 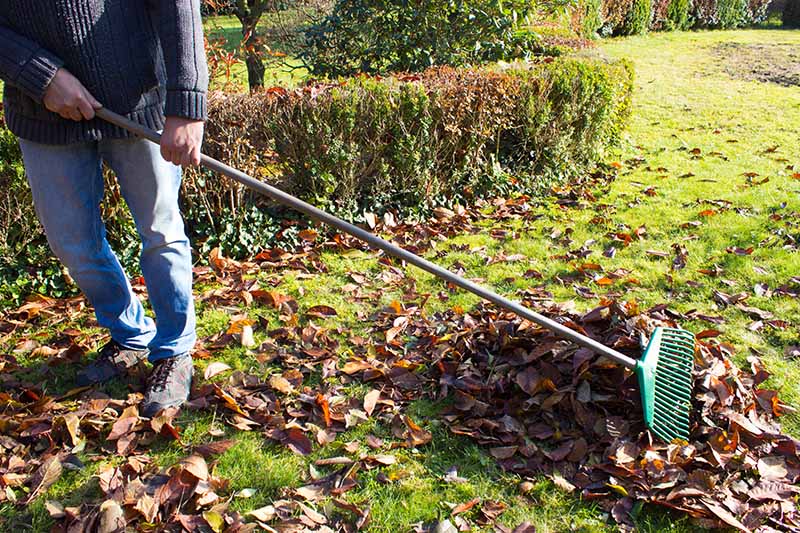 But in this instance, we can actually help to create a place that provides an inviting alternative for the bunnies to dine on without destroying our precious edible seedlings and carefully cultivated ornamentals.

As prey animals, rabbits are looking for safe places to shelter with food nearby. Who can blame them if they settle on a garden spot that’s close to piles of brush or leaves? 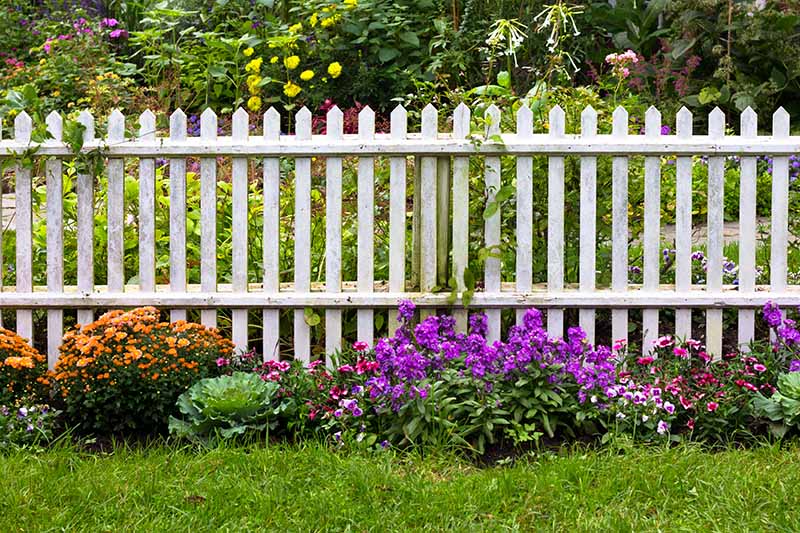 Discouraging them is a two-part process. First, eliminate all the untidy spots in the yard where they’d love to hide or nest.

Second, make sure they have a more appealing spot available on the far edges of your property, or at least several yards away from the plants and blooms you’d like to preserve.

That alternative bunny oasis could be pretty simple, leaving a patch of clover in the yard unmowed, for example.

Or you could go so far as to plant a patch of something easy to grow that’s tasty to the little hoppers. Think of it as a trap crop, only not for insects.

Plant these tasty tidbits in a place they can reach far more easily than, say, your prized petunias or newly sprouted cucumbers.

Because they’re constantly on the run to avoid hawks, owls, neighborhood dogs, and the like, trust me: they’ll go for the stuff you plant that’s located somewhere accessible first.

Bunnies are the original fans of “low lying fruit.”

Some gardeners might think this is taking “live and let live” a little too far. But I like to think I’m being both practical and tenderhearted when I grow a few extra green bean plants in the ground so my harvest doesn’t suffer.

If rabbits eat those, I’ve still got my “real crop” in a distant raised bed.

Unlike humans, who are sticklers in terms of which flowers they consider edible, our rabbit friends will eat zinnias, mustard blooms, dahlias, and thousands of others with equal abandon.

They’ll also nosh on greens, stems if they’re soft, fruits (including tomatoes), vegetables ranging from corn to cucumbers to hot peppers, and many others.

If you’ve noticed your garden is appealing, you may want to opt for a few plants that rabbits won’t eat.

On the vegetable side, they steer clear of all the alliums. If you haven’t ever grown onions, chives, leeks, or garlic, this could be your chance!

Of course, you wouldn’t be willing to grow nothing but Russian sage and chives if your passion is gladioli and winter squash.

But you can opt to put the plants rabbits love most into raised beds or fenced areas, and grow the ones that they ignore in the gardens you can’t protect as easily.

Use Scents Against Them

If you’ve tried all these tactics and still feel like you’re the unwilling host of a 24-hour salad bar, consider the rabbits’ sense of smell.

Sprinkling bone meal around your most desirable plants is a natural deterrent, for example, although it smells terrible to humans as well. 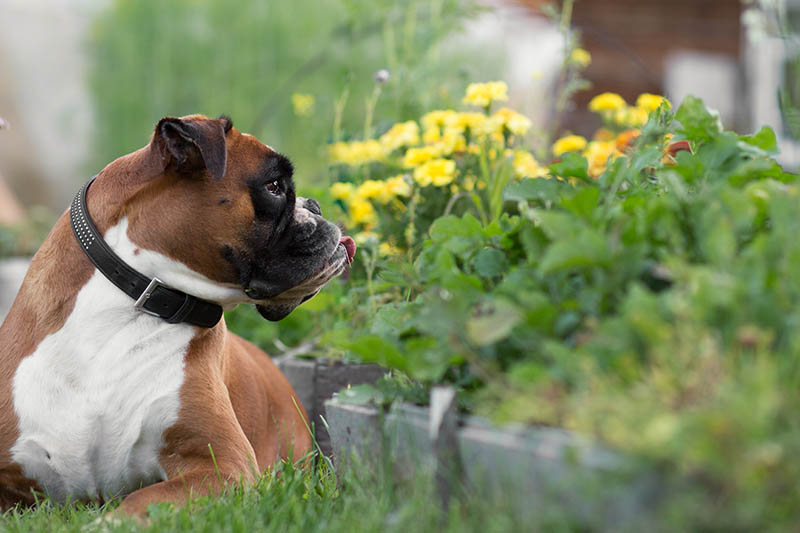 You can also have your dog leave his scent, and create a ruckus while he’s doing it.

Let Fido romp near the garden in the evenings, and the cute little furry critters might cross your garden off their list of safe harbors.

Don’t fall for the mothball myth, though. While they might be a deterrent for a time, they only work in small spaces.

They contain chemicals that are not safe to use around vegetables or any edible plants.

And they’ve got insecticides (hence the name mothball) that kill many bugs and could harm other types of wildlife or young humans.

Nothing to See Here, Peter Rabbit

Even if you don’t have an impressionable youngster about the place, it’s always simplest to try to take all the measures you can to prevent rabbit damage without doing away with the cute little critters.

No one likes Mr. McGregor and that doggone pitchfork, you know.

The less appealing your garden and yard are, the fewer bunnies you’ll have. Because they’re constantly hunted, they’ll go for the easiest shelter and food sources they come across.

Don’t make your garden that Foo Foo’s bed-and-breakfast, and you can probably avoid the bulk of issues they can create.

Have a suggestion that’s worked for you? Or an opinion about the “live and let live” approach to garden wildlife? We’d love to hear your remarks, so post away in the comments below.

And if you liked these handy tips for rabbits, here are a few other guides to garden wildlife to read next:

An avid raised bed vegetable gardener and former “Dirt to Fork” columnist for an alt-weekly newspaper in Knoxville, Tennessee, Rose Kennedy is dedicated to sharing tips that increase yields and minimize work. But she’s also open to garden magic, like the red-veined sorrel that took up residence in several square yards of what used to be her back lawn. She champions all pollinators, even carpenter bees. Her other enthusiasms include newbie gardeners, open-pollinated sunflowers, 15-foot-tall Italian climbing tomatoes, and the arbor her husband repurposed from a bread vendor’s display arch. More importantly, Rose loves a garden’s ability to make a well-kept manicure virtually impossible and revive the spirits, especially in tough times.
More Posts
Subscribe
12 Comments
Oldest
Newest Most Voted
Inline Feedbacks
View all comments 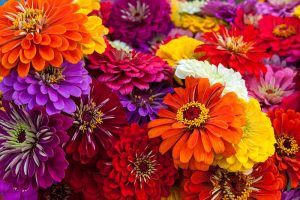 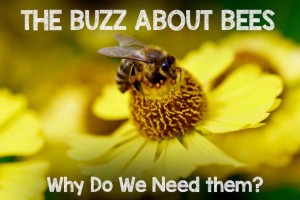