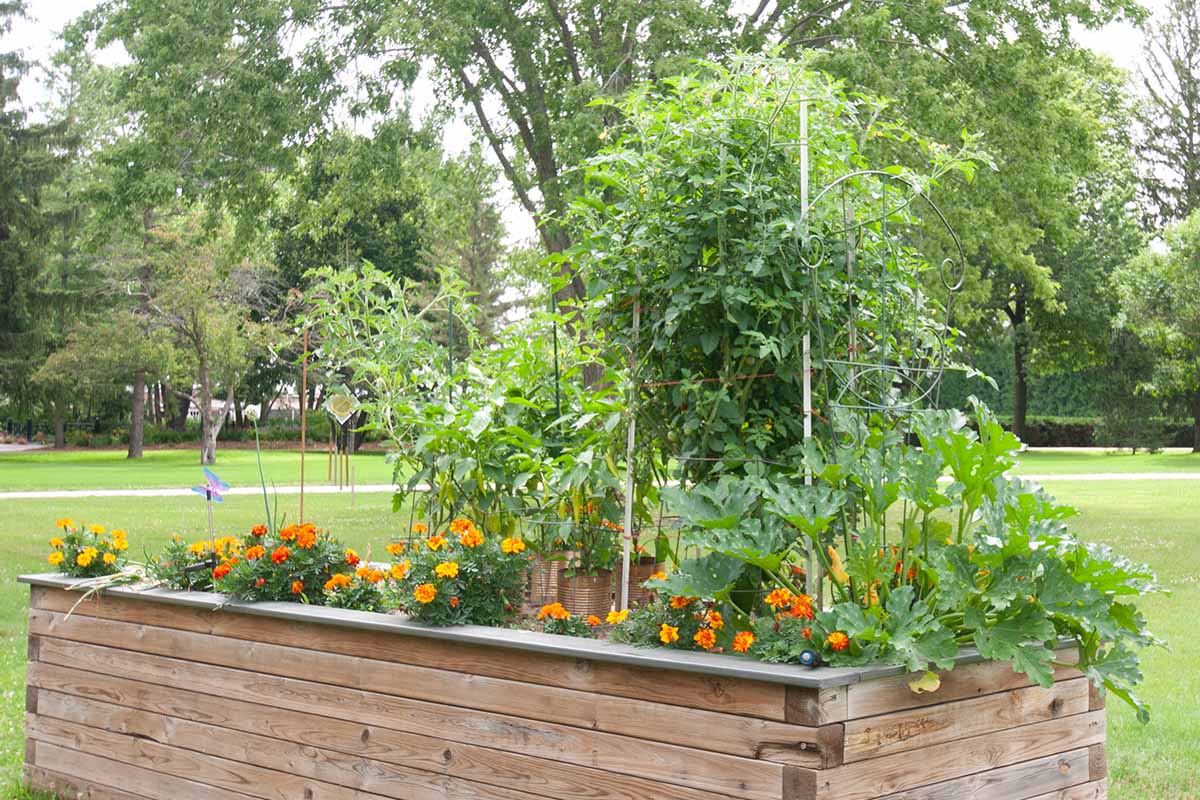 Companion planting is one of those garden practices that many of us engage in despite there being a lack of solid evidence supporting the technique in many cases.

That’s not to say there isn’t any benefit to companion planting, just that it hasn’t been thoroughly studied and quantified, and the practice is often imbued with mythical qualities.

That’s why many experts today choose to call beneficial relationships among plants “intercropping,” “polyculture,” or “plant association” rather than referring to companion planting.

If you want to learn more about the scientifically-backed benefits of companion planting, check out our guide.

In the case of marigolds and tomatoes, the science backs up what many have suspected to be true. Namely, marigolds can help tomatoes to grow better. Whatever you call the practice, these plants make good friends.

Coming up, we’ll discuss why you should plant these two garden marvels together. Here’s what you can expect:

Benefits of Planting Marigolds with Tomatoes

If you’ve always planted your marigolds and tomatoes together and are just looking for some scientific backing to explain why this practice works, or you’re not sure if it’s worth the effort to grow them together, this guide will help to make things clear.

This is the best reason to plant marigolds and tomatoes together.

As you’ll find out coming up, these flowers do the heavy lifting in the relationship between the two plants in this regard, and they’re worth their weight in gold (or red, or yellow, or orange…) for pest control alone.

Marigolds can help to keep numerous pests away. That means your tomato plant is less likely to suffer from an infestation that could destroy your juicy, delicious crop.

A 2019 study showed that these flowers deter whiteflies, for instance.

Now, there’s a catch. You need to plant and grow the two plants together at the same time for the intended benefit to work.

If you have whiteflies on your tomato plant already and you rush out to nab some marigolds, this won’t necessarily eliminate an existing infestation.

The same researchers are also planning to look at ways to repel spider mites and thrips – two other major tomato pests – using intercropping.

Basil, Chinese cabbage, and nasturtiums also work to repel whiteflies, so don’t feel limited. Why not try a combo of several of these plants?

A study published in the Canadian Journal of Plant Science by researchers at Yunnan Agriculture University showed that both crop rotation and intercropping with marigolds reduced populations of root-knot nematodes.

They used angelica as a companion in their study, but the effect in the soil is just as useful for other plants, including tomatoes.

A study published in Plant Diseases from the University of Hawaii at Manoa by nematology specialist Antoon T. Ploeg showed similar results.

Tomatoes planted in the same spot after marigolds grew there had higher yields because of a reduction in root-knot nematodes and subsequent root galls.

To reap the benefits, you must plant the flowers either the year prior to or at least a few months before your tomatoes.

Marigolds aren’t magic, and they can’t repel all the bad things that might attack our plants.

For instance, they don’t repel cabbage flies (Delia radicum) or onion flies (D. antiqua). But not having to worry about nematodes and whiteflies as much is well worth keeping the cheery flowers around.

Sure, marigolds can repel some bad insects, but they also attract some beneficial ones.

Honeybees and many native bees love the flowers. So do butterflies and ladybugs. For that reason alone, it’s worth having a patch or two of marigolds. You can never have too many pollinators and ladybugs in your garden!

That’s because ladybugs kill many bad insects, including some types of aphids, weevils, spider mites, whiteflies, and mealybugs – and that’s just a partial list!

Tomato flowers need to be pollinated to produce fruit, so it’s important to encourage bees and butterflies to visit your veggie patch.

But if you think about it, wouldn’t you rather encourage the slugs to devour some cheap flowers that you reseeded from last year’s ornamentals than seeing them eat your expensive vegetable starts?

You can plant the flowers on the periphery of more valuable plants to attract slugs as a trap crop. Hopefully, you’ll be able to convince the slugs to leave your more important plants alone and eat your flowers instead.

Marigolds also seem to be a favorite meal for spider mites, so you’ll want to keep a good watch on your tomato plants so those tiny little arachnid jerks don’t take hold.

With any luck, the drought-resistant flowers might also serve as a trap for mites, luring them away from your tomatoes as well.

There’s no clear evidence that shows marigolds can definitively control or prevent any particular diseases in other plants, including tomatoes.

However, a study published in Microbiological Research indicates that a methanol extract made from French marigolds can act as an antifungal.

The effect was even greater when light was used in addition to the extract.

It’s not too much of a stretch to think the plants themselves, rather than an extract made from them, could potentially have a small impact on the incidence of ailments caused by these pathogens and other fungal diseases.

Having said that, there hasn’t been enough research conducted to confirm that this is the case – not yet, at least.

Your attitude in planting these flowers to control tomato diseases should be one of low expectations. In other words, don’t expect marigolds to ward off all the baddies that might come calling.

On the other hand, it certainly can’t hurt and might even prove to help – so why not try it anyway? Just keep a keen eye on your plants in case disease strikes.

The Science Has Spoken

We gardeners can be stuck in our traditions sometimes. I still feel guilty when I water the foliage on my plants on a hot day, for example.

It’s going to burn the leaves! Right? Nope, that’s just one of the many garden myths that I grew up with.

But when it comes to placing marigolds and tomatoes near each other, the science is in. There are many good reasons to grow the two plants together. By deterring the bad bugs and attracting the good, marigolds make excellent neighbors.

Another reason to grow the two together? I think tomatoes and marigolds taste fantastic tossed in a salad together with some greens and a nice vinaigrette.

Do you believe in any garden myths that you can’t let go of? Or legends to share that you’ve found to be true? Let us know in the comments section below!

And if you need to brush up on your tomato growing know-how, check out our guide.

If you’re curious about discovering more plants that seem to play well together in the garden, we have a few other guides that might strike your fancy. Check these out next: 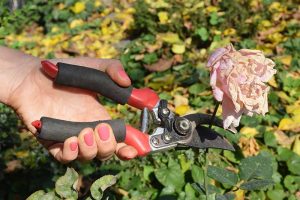 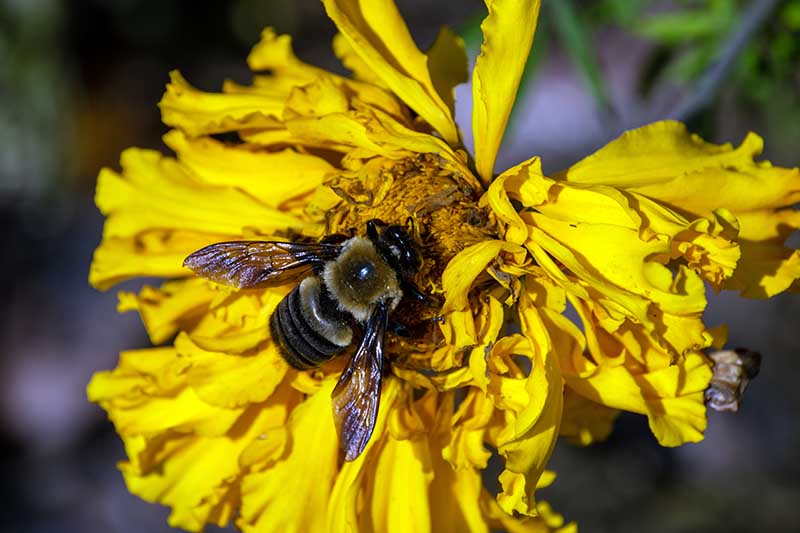 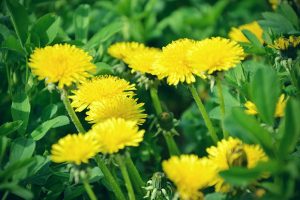 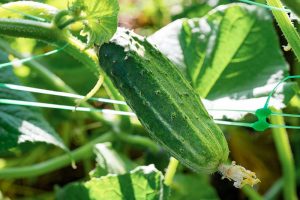 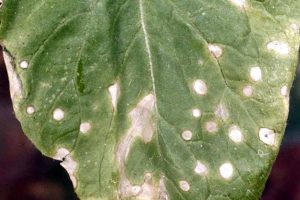