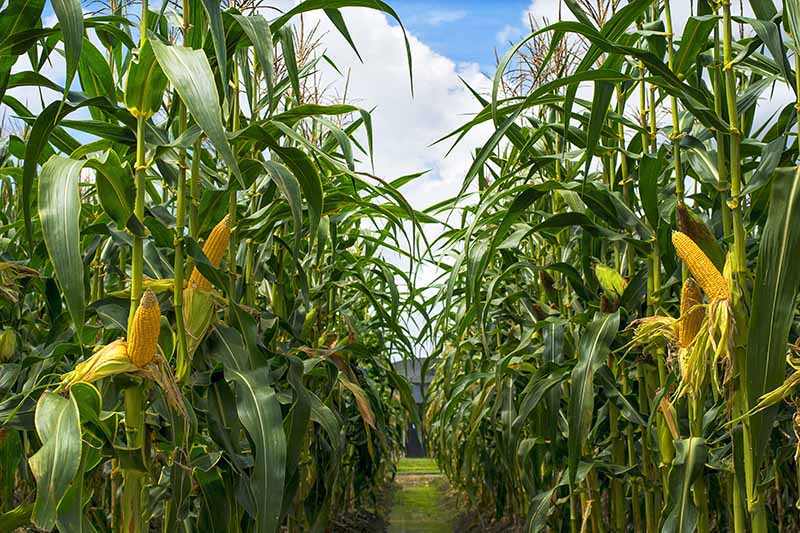 Growing corn is one of the most satisfying things you can do. Few things compare to the feeling of harvesting your own ears from a stalk taller than you, and then eating them that very same day.

You won’t be able to wait even a moment, much less all the way until dinnertime. They’ll be that good.

But in order to get to this glorious time, you have to make sure that your corn is pollinated.

Where I live in Zone 4, my growing season is short, and I don’t want to leave anything to chance when it comes to ensuring that I’ll be harvesting juicy kernels in the fall.

Whether your season is short or long, this method can help to guarantee an abundant harvest. Hand pollination is an easy process, too!

We’ll show you how to do it, step by step.

Everyone who’s eaten corn on the cob knows that sometimes, a long string gets stuck in your teeth.

Do you know why it’s so hard to get every single piece of silk off a cob? It’s because each strand connects to a kernel, and there are lots of kernels.

Pollen from the tassels, which are the male flowers, must fall on each silk. This usually happens when the wind blows – because corn is wind pollinated.

Every silk is essentially the stigma of an ovule, and each ovule is a kernel waiting to happen. The ear is the “female flower” of maize. Each ear starts with around 1,000 ovules, but only between 400 and 600 develop into kernels.

When grains of pollen land on a silk strand, they germinate where they fall and create a pollen tube inside the silk, which contains the male genetic material.

(Yes, it’s really called the Corny News Network. These corn experts have quite a sense of humor!)

Within 24 hours, one of the germinated grains will fertilize the female ovary, and a kernel will be born.

Even though several of the pollen grains might germinate on a single silk, only one makes it to the female ovule for fertilization, says Nielsen.

The tassels usually emerge first, and when pollen-filled anthers appear on the tassels, they are considered mature.

Each tassel on a single plant “contains from 2 to 5 million pollen grains, which translates to 2,000 to 5,000… grains produced for each silk of [a single] ear shoot,” according to experts at the University of Wisconsin-Madison Extension.

That’s a whole lot of pollen!

Silks should emerge within three to five days of the start of pollen shed, but I’ve seen them emerge a full seven days after the tassels matured. They still had enough life-giving dust on them to work their magic on the silks, thankfully!

The best time to hand pollinate corn is within four or five days after the silks emerge. Agronomist R .L. Nielsen writes, “Silks remain receptive to pollen grain germination up to 10 days after silk emergence, but to an ever-decreasing degree.”

The fine powder will shed from the tassels for anywhere between seven and 14 days, says Nielsen, so there should be plenty of overlap.

Just make sure you get out in the garden as soon as those first silks emerge. Or, for some hybrids, as soon as the tassels emerge – in some cases, silks appear first, and tassels come second.

Why Should I Hand Pollinate Corn?

In a field, 97 percent of silks are pollinated with pollen from surrounding plants, and not from a plant’s own tassels.

Most home gardeners don’t grow huge fields of maize, so there are fewer potential pollinators to distribute the powdery substance. We recommend planting maize in blocks instead of rows, as the density makes it easier for it to land on all the silks.

Maybe your garden only has space for rows, or maybe you already planted in rows before thinking much about it and are starting to question whether or not they’ll receive adequate pollination.

This is the perfect reason to hand pollinate maize!

Even if you plant about 20 seeds in a four-by-six block, as we describe in our guide to growing sweet corn, you may want to try hand pollination.

In short, if you’re nervous at all about letting the wind do all of the pollinating for you, this is the guide for you.

Otherwise, pollen from sweet maize can land on the popcorn, for example, resulting in kernels with an inedible mix of crunchy and soft textures.

The 3 Steps to Hand Pollinating Maize

Now that you know the basics of pollination and fertilization, let’s get started with the three steps to hand pollinating your crop! Delicious cobs await.

It’s best to hand pollinate corn when the air outside is dry and under 90°F.

Mid-morning is the best time. As the temperature climbs, the pollen becomes less viable. In addition, rain or intense humidity can make it sticky and difficult to work with.

Remember, you have a three- to five-day window of time for optimal pollination once silks emerge, so keep an eye out for the sunniest, driest day in that time frame, and set a reminder on your phone to get out in the garden that morning.

Take a sharp pair of scissors or pruners into the garden. Find a tassel with plenty of pollen-filled anthers hanging off it, and hold it with one hand while you cut it off the central stem with the other hand.

Try not to shake or wiggle it, so the pollen doesn’t come off before you’re ready.

3. Brush Pollen on the Silks

Now, brush the tassel on the strands, or shake them over top.

You should see a fine yellow dust land on the silks – that’s the pollen, on its way to germination and fertilization!

The silks at the base of an ear emerge first, and those at the tip come out last, so make sure you get out into the garden two to three days after your initial pollination session to repeat these steps on the same ears, plus any that have newly emerged during that time.

This will help to keep your cobs from having a bunch of unfertilized ovules at the tip.

Since fertilization happens within 24 hours of a pollen grain landing on a silk, you won’t be interrupting your previous efforts as long as you wait a full day in between, or ideally two or three days.

The most important thing to do if you plan to hand pollinate your corn is to keep your plants healthy.

Associate Professor of Crop Ecophysiology and Agronomy Alexander Lindsey writes in an article for the Ohio State University Extension’s C.O.R.N Newsletter that “it is critical that the timing of flower emergence and activity overlap (sometimes referred to as the “nicking” period) to ensure good pollination and kernel set.”

The good news is that maize wants to “nick,” and as long as it’s thriving, it will produce tassels and silks at the appropriate time.

But there are a few common issues that can get in the way.

Stress resulting from a lack of water is the most likely reason for “incomplete silk emergence,” writes R. L. Nielsen, adding, “Silks have the greatest water content of any corn plant tissue and thus are most sensitive to moisture levels in the plant.”

Without adequate moisture, the strands won’t grow quickly enough to emerge when pollen is still available – or they may not emerge at all, says Nielsen.

To avoid this issue, give each plant a thorough watering at least once a week, depending on rainfall. Every few days, stick your finger one inch down in the soil. If it feels dry, water again!

It’s important to hand pollinate your maize before the temperatures climb to 90°F, as pollen can become non-viable at higher temperatures, according to Alexander Lindsey.

But during the tassels’ pollen shed period, more is made every morning, says Lindsey, making mid-morning – before the garden heats up – the ideal time to get out there and work in your maize patch.

Earlier, I mentioned that dry conditions are important to pollen viability, and here’s why: “If the anthers are wet, the pores will not open and pollen will not be released,” says R. L. Nielsen.

And whatever you do, don’t water the tassels! Maize is best watered at the ground level, allowing it to be absorbed by the roots, and to help prevent fungal disease.

Now that you can head out into your maize patch and confidently pollinate your own corn, you’re on track to enjoy homegrown cobs come harvest time. No grocery-store maize can compare.

Do you have any stories to tell about hand pollinating your crop? We’d love to hear them, along with any questions you have, in the comments below!

To gain more knowledge about growing your own corn, check out these guides next: 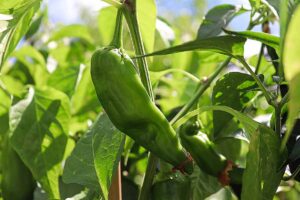 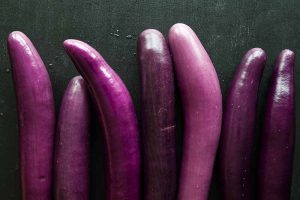 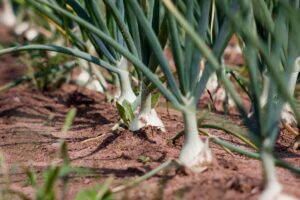 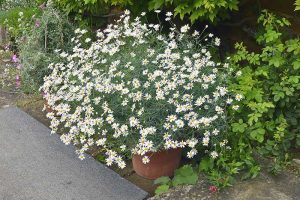 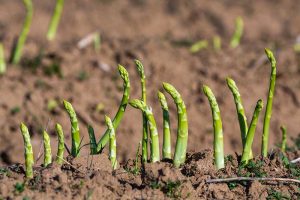