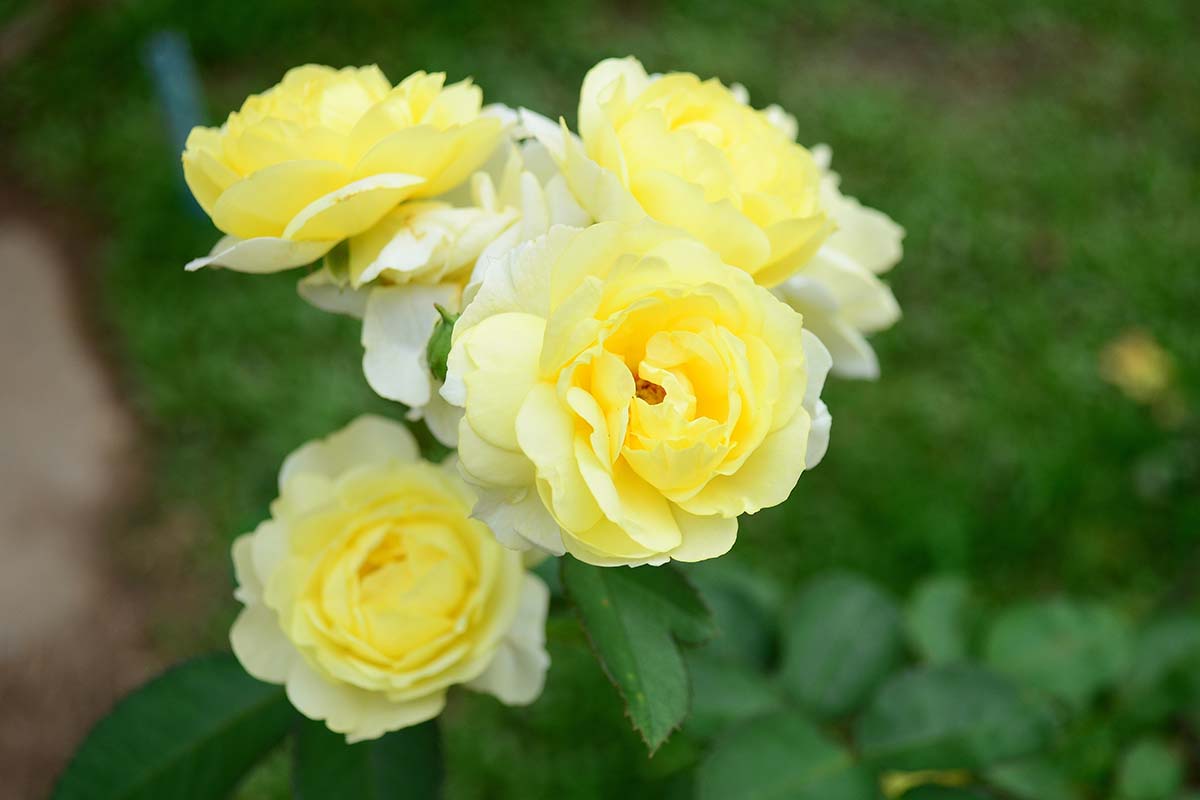 Like all living things, plants need nutrients to survive.

Most gardeners have heard of the plant macronutrients nitrogen (N), phosphorus (P), and potassium (K), as well as minerals like calcium, magnesium, and sulfur. But they also need micronutrients such as copper, nickel, zinc, and boron.

If a plant is deficient in nutrients, it can’t grow as well as it should, new shoots might not develop, and the existing foliage or flowers might turn yellow.

There are two nutrient deficiencies in particular that may plague roses: insufficient nitrogen, or a lack of iron. A rose can be deficient in any nutrient, but these are the most common.

Figuring out if the problem is due to an iron deficiency is easy, and we’ll show you how.

Determining the reason why your rose doesn’t have access to as much as it needs can take a bit more work. We’ll help with that, too.

Here’s what to expect:

This deficiency is common, so don’t be shocked if it comes for your roses. It’s also easy to fix, so don’t lose sleep over it. Just pull up this guide and get to work. Let’s go!

A Bit About Iron and Roses

Don’t worry, I’m not going to drag you back to high school science class, but we are going to learn just a little bit about what iron does for roses, and the role it plays in supporting their health. It helps to know this because it makes identifying the problem easier as well.

Iron is a micronutrient that’s necessary for chlorophyll formation. It also carries oxygen and helps with cell division.

Some nutrients are mobile in the plant, meaning once they are taken up, they can be shuffled around as needed. Iron isn’t one of these. It’s immobile, which means once it’s taken up by the plant, it stays where it is.

When a rose doesn’t have enough of this mineral, young leaves show the first symptoms, since all the available iron is already contained in the older foliage.

That’s when chlorosis happens, or yellowing of leaves due to a lack of chlorophyll.

The symptoms of lots of nutrient deficiencies and other physiological ailments as well as diseases caused by certain pathogens may be ambiguous, and you’re left guessing what the issue is. But not when a lack of iron is the problem!

So, while I don’t like that my plants aren’t doing as well as they should, I like that I know exactly what’s going on pretty much straight away.

Most often, a deficiency has been developing for a while, but it doesn’t show up until new growth starts to emerge later in the growing season. It’s rarely a problem that may be noted or obvious with the first flush of foliage in the spring.

Here’s what to look for:

Young, new leaves on the upper parts of the plant will have green veins but the rest of the leaf will be yellow.

These symptoms won’t appear on lower leaves at first. By the time they do, the top leaves will have turned pale yellow, veins and all, and they will be extremely small.

Iron deficiency weakens plants. Diseases that might normally pass them by or be no big deal can become serious issues. Downy mildew or black spot can completely destroy a weak plant in no time flat.

I said this deficiency is easy to diagnose, but I didn’t say it was easy to determine what is causing the problem. You might assume your soil simply lacks whatever quantity the plant needs and dumping some iron onto the soil will fix things.

This problem can also be caused by alkaline soil, which makes it so that the iron binds to the soil. When this happens, roses can’t access it, no matter how much is in there. Before you jump in and add iron, test your soil.

It’s a good practice to test your soil once a year anyway. Everyone’s earth is different and testing gives you essential information that can help you head off problems and solve existing ones. It’s also inexpensive, so there’s really no reason to skip it.

If your soil is too alkaline for roses, which prefer a neutral to slightly acidic pH of around 6.5, you’ll need to adjust things.

You can use sulfur or ferrous sulfate, the latter of which also adds iron to the soil. But changing pH is an ongoing process, and you can’t just add a product to your soil and call it a day. You’ll likely need to repeatedly test and adjust the soil each year.

To adjust the soil by increasing its acidity and decreasing the pH by one point, apply five pounds of 35 percent ferrous sulfate for every 100 square feet of surface area. Test the soil and re-apply in six months, if needed.

Check the soil again each year and adjust accordingly. If this sounds like too much work, you might consider moving your rose to a raised bed or container where soil conditions are easier to maintain and the battle will be much easier to win.

If you simply need to add iron without adjusting the pH, chelated is best because you only need to apply it once. The catch is that you must apply it early in the season during the spring. It isn’t effective if you apply it in the summer or fall.

That means this year’s display is probably toast if you’ve noticed a deficiency by observing your plants’ foliage, but you can rescue the plant going forward by amending the soil.

Recommended amounts to use and application tips vary by manufacturer, but look for a liquid that contains about 5 percent iron. Then, mix according to package instructions and soak the soil following the directions supplied by the brand. 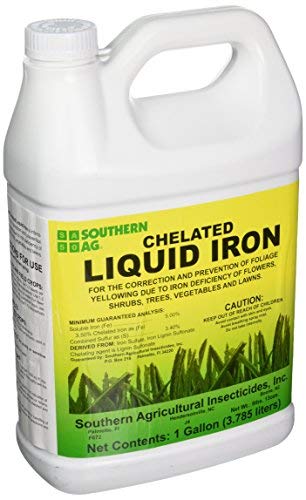 Southern Ag makes a good option, which you can grab at Amazon in gallon-size containers.

If you can’t stand the yellowing foliage, apply a chelated foliar spray like the one made by Ferti-loam that’s available via Amazon in gallon-size containers. 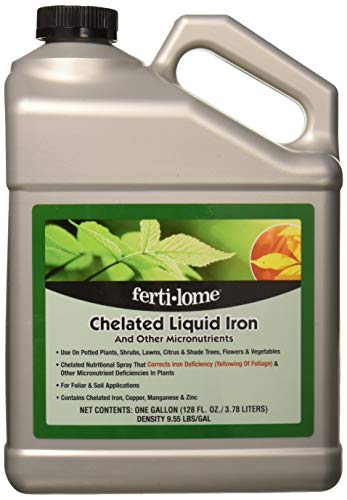 This isn’t a long-term solution and it won’t allow leaves that have already turned yellow to change back to green, but it can help in the short term.

Roses are hungry plants. They eat up a lot of nutrients in order to produce those impressive blossoms.

Think of someone active in sports compared to a couch potato. One is going to run through those calories while the other can manage with less. Roses are on the sportier side of things.

No problem, that just means that we need to fertilize them more often than some other plants, like junipers, which rarely need to be fed.

What kind of rose are you growing? Do you find one cultivar is more susceptible to nutrient deficiencies than others? Or do you have one that seems to avoid all the issues that often trouble other roses? Let us know in the comments!

I hope this guide put you on the right path toward remedying your chlorosis situation. If so, we have a few other guides that can help you improve your rose-growing game. Check these out next: 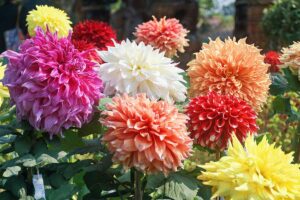 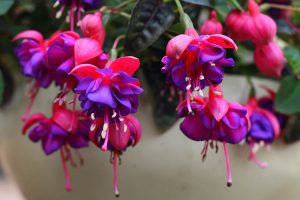 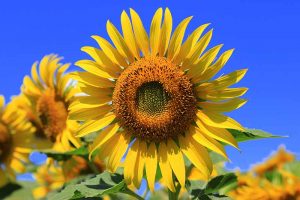 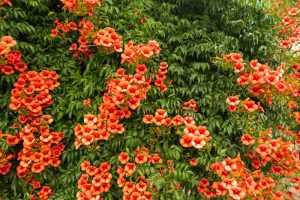 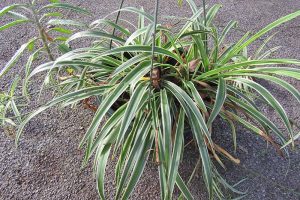