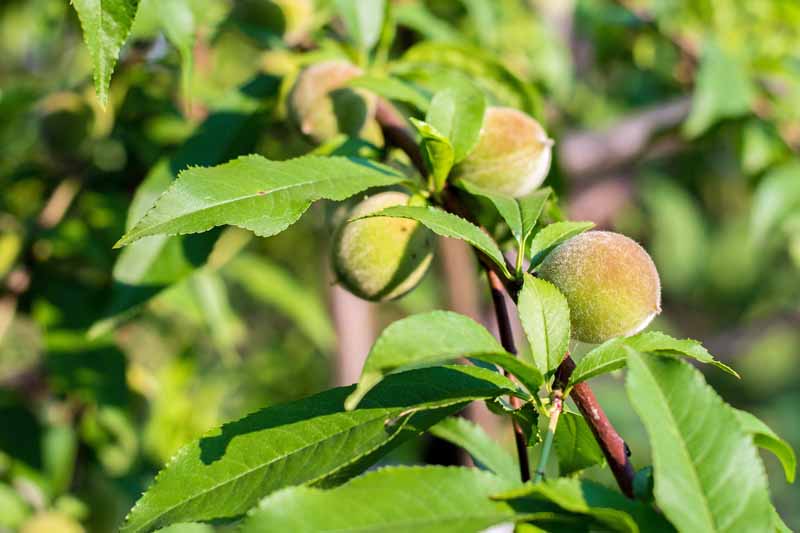 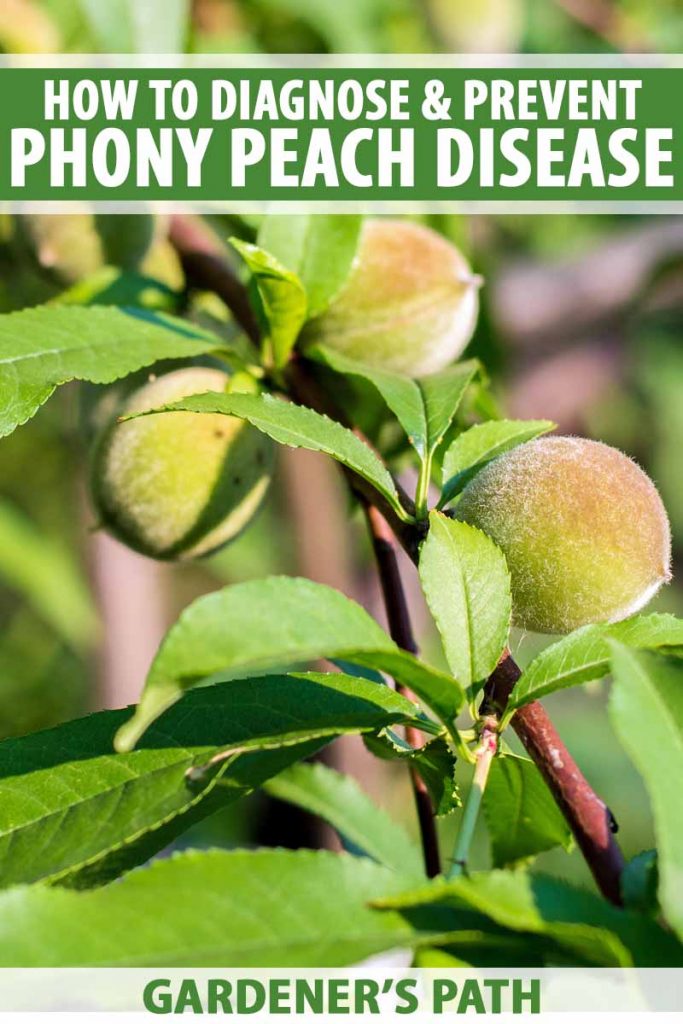 What could be wrong with an attractive, compact, bushy peach tree? Plenty! Your tree could have the incurable bacterial phony peach disease (PPD).

This disease came seemingly out of nowhere and first struck peach trees in Georgia in 1900. And it had spread all the way to Texas by 1933.

A century later, this pathogen is still a pernicious problem.

No peach tree is safe – every cultivar, form, and hybrid is susceptible.

Your tree won’t die of this affliction, but it will stop producing fruit over a two- to four-year period.

The cause of PPD is a type of bacteria known as Xylella fastidiosa subsp. multiplex. It is closely related to the pathogen that causes the dreaded Pierce’s disease, which has effectively limited the types of grapes that can be grown in the southeast.

Other strains of this species of bacteria can also cause leaf scorch in elm, maple, oak and sycamore trees, or citrus variegated chlorosis in citrus trees.

These bacteria live in the plant’s xylem – the tubes that transport water and nutrients from the roots to the leaves.

And they would stay there if it weren’t for aggressive leafhoppers known as sharpshooters or spittlebugs that suck out the liquid, and become infected in the process.

Unfortunately, these leafhoppers can live on a number of different types of weeds as well as trees, so they are probably residing in close proximity to your peach tree, though this is not typically their number one choice of host.

What can be done at this point? Not much. If your tree is infected, you should remove and destroy it.

However, there are steps you can take to prevent PPD, and we will advise you on these steps to keep your peach from becoming another victim.

How to Diagnose and Prevent Phony Peach Disease

Read on to learn more about PPD and how to control it.

You do not have to worry about phony peach disease if you live in the northern US. PPD is a creature of the south.

This disease has been confirmed to occur from Florida north to North Carolina, and west as far as Missouri and eastern Texas.

It is severe in Alabama, Florida, Georgia, Louisiana, New Mexico, and South Carolina.

In fact, the situation in southern Georgia is so bad that PPD frequently results in the destruction of whole orchards.

There have been reports stating PPD has struck in Montana and Nebraska, but as of the time of this writing, these had not been confirmed definitively by plant pathologists.

Rare cases as far north as southern Ohio and southern Missouri have also been reported and confirmed.

The bacteria that cause PPD can live in a variety of plants, including common weeds and trees like wild plum, apricot, and almond.

Unfortunately, insects like the dreaded glassy winged sharpshooter – a kind of leafhopper – are very aggressive feeders that can transmit the disease from wild hosts to peaches via their piercing-sucking mouthparts.

Yours is most likely to become infected by transmission via wild plants.

However, it can sometimes spread via root grafts between trees that are next to each other as well.

Infected peach trees don’t usually show symptoms until a year and a half or more after they have been infected. Other plants that may be infected sometimes show no symptoms at all.

The first thing you might notice is that your tree has become more bushy and compact than usual. This is because the terminal growth and the internodes – or shoots between the nodes where leaves are produced – are shortened.

Blooming will occur several days earlier than it normally would in healthy plants, and the fruit will ripen more quickly.

The leaves will be a darker green, too, and they will stay on the tree longer in the fall.

The xylem in the woody tissues will look black, because that is where the bacteria live.

The most significant problem in terms of symptoms is the response of the fruit. Over time, the size of the mature fruit will continually decrease until the peaches grow only to the size of silver dollars.

If immature trees are infected, they will never bear fruit.

Plant pathologist Phil Brannen at the University of Georgia College of Agricultural and Environmental Sciences reported in 2016 that some growers were removing trees that they thought had PPD. However, the stunted growth that they saw was shown to actually be caused by weevils or nematodes.

Education is key here, to know what you’re looking for.

How can you tell the difference to avoid a misdiagnosis? Trees infested with weevils or nematodes will not be as dark green or have the short internodes that are telltale signs of this disease.

While trees infested with these organisms will show stunted growth, they will continue to produce fruit of a normal size.

Removing a tree that could keep producing would be a very costly mistake for commercial growers, and a huge disappointment to the home gardener who has likely invested significant time and resources in a small number of trees.

If you are not sure of your diagnosis, check with your local extension agent to confirm that your tree does in fact have PPD.

How to Prevent Phony Peach Disease

The primary mode of prevention is to eliminate vegetation that could harbor the disease or the pest vector – or both!

Control weeds around your tree or orchard diligently, and remove any nearby trees that could serve as hosts for the insects that transmit the bacteria, such as wild plums and other wild stone fruits.

Carefully check for signs of infection in the early summer.

Also resist the urge to prune in the summer. This way, you will be able to recognize any symptoms of PPD as the season progresses. As an added bonus, your tree won’t produce the vigorous new growth after pruning that tends to draw leafhoppers.

If your tree becomes infected despite your best efforts, be merciless. Remove it, and burn it or dispose of it as is appropriate in your area to avoid risk of further spread. Do not put infected plant material on your compost pile.

A Problem Throughout the South

This insidious disease has been a problem in the southern US for over a century, but the available information on it is limited.

What is known is that every type of peach is susceptible. Home growers should be on the lookout for symptoms, just in case.

Take measures to prevent this infection by removing weeds and alternate hosts like wild plum.

If your tree shows the classic signs of being bushy and compact, with shortened internodes and tiny fruit, prepare to remove it and destroy the remains after securing a positive diagnosis.

Have you grown a tree that was infected with phony peach disease? Let us know how you diagnosed it in the comments section below.

And read on for more information on growing peaches check out these guides next: 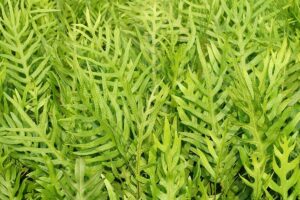 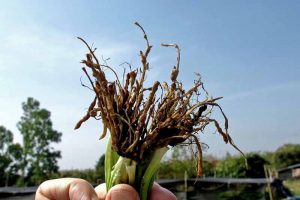