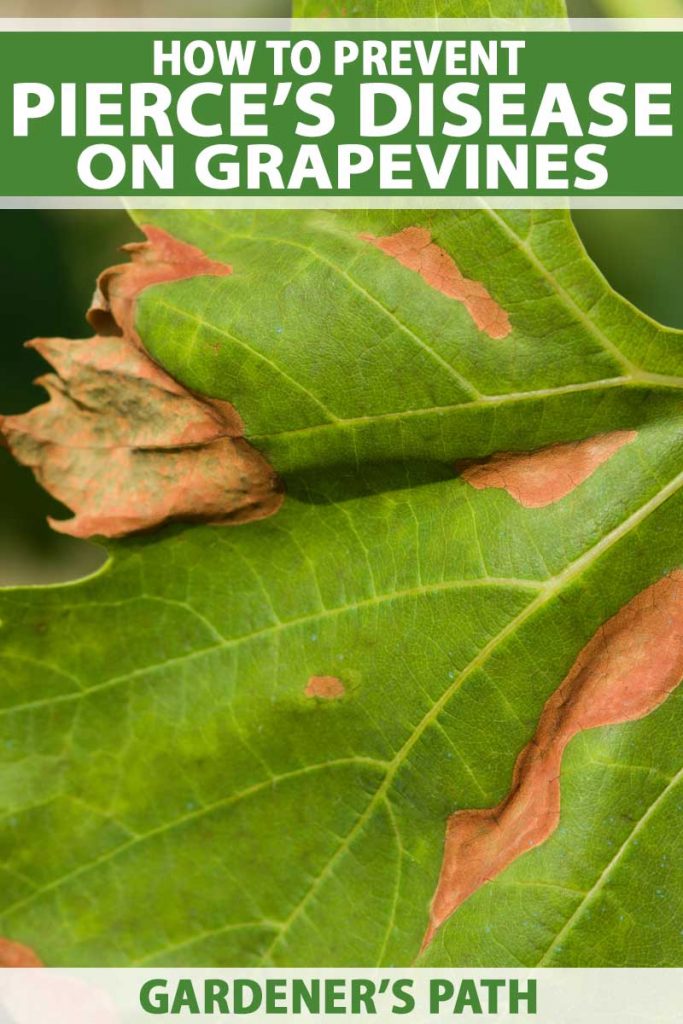 In the 1880s, a new disease decimated vineyards in the Los Angeles basin. California’s first professional plant pathologist, Newton B. Pierce, studied the disease and was rewarded with its being named after him.

More than a century later, Pierce’s disease is still a major threat to vineyards throughout the southern US and California and a pathogen of great international concern.

Pierce’s disease or bacterial leaf scorch has come in waves over the years, but things for California’s wine, raisin, and grape industry took a turn for the worse in the 1990s when a new type of insect was accidentally introduced from infested nursery stock from the southeast.

The glassy winged sharpshooter (GSWW) is much more efficient at spreading Xff than any other insect known. It totally changed the dynamics of growing grapes in California.

The GWSS was such a game changer for vineyards in California that its effect was described as “shocking” in a scientific paper.

Since Pierce’s disease is usually fatal to grapevines, prevention is the common strategy to keep these precious plants safe.

Most of the information available on this disease is for commercial vineyards, but we at Gardener’s Path will walk you through the steps to prevent the loss of your backyard vineyard to this disease.

Pierce’s disease is thought to have originated in Central America from where it spread to Mexico and the US.

The disease has been confirmed in all of the states along the Gulf of Mexico from Florida to Texas, California, Arizona, and New Mexico. It has also spread as far north as Oklahoma.

The European Union is on edge with fears that Pierce’s disease could be introduced to the Mediterranean and wipe out the wine industry. The disease has already been found in Kosovo.

Xff has even made it to Asia. The disease was confirmed on grapes in Taiwan in 2002.

Grapevines Vary Greatly in Their Degree of Susceptibility

Xff occurs naturally in some parts of the US, such as the southeast.

Efforts to grow Vitis vinifera in Florida date to the Spanish settlers in the 1500s who were unable to grow the plants even though wild grapes grew abundantly. The situation has not improved since then. 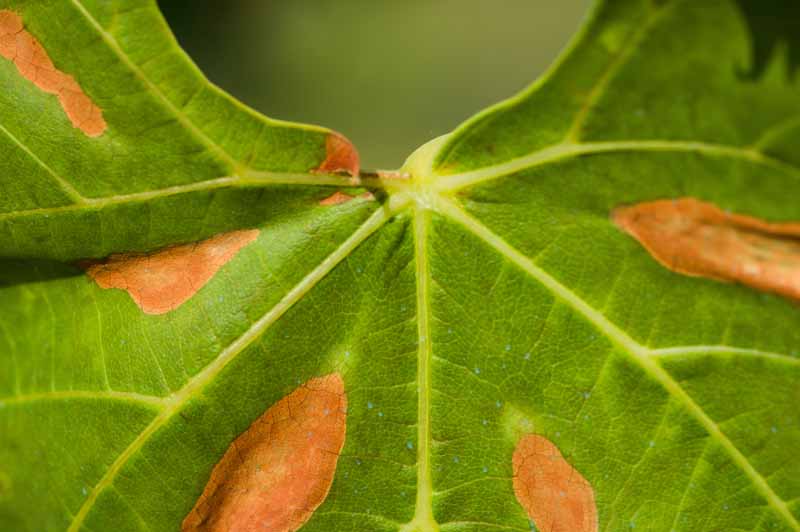 Vitis labrusca cannot be grown there either. Aside from some specially bred hybrids, only some types of muscadine (Vitis rotundifolia) can be grown in the southeast.

Why such a difference? Possibly because the local varieties had evolved in the presence of the disease and became resistant to it. In contrast, the other species are from New England, which is out of the host range of Xff.

Another factor that could explain why Pierce’s disease is so devastating in the southeast compared to California is that the nights are warm, and the growing season is much longer. This gives the vectors more time to feed and introduce the bacteria into the grapevines.

The European grape varieties are highly susceptible to Xff, so the introduction of the pathogen to the European vineyards could be devastating.

Homeowners growing grapes in California are helped by the aggressive efforts by the state’s Department of Food and Agriculture to manage this threat to California’s $2.7 billion wine, grape, and raisin industry.

Trained agricultural specialists inspect nursery stock before and after shipping. In addition, trapping takes place in and near nurseries that ship or receive stock.

More than 9,600 parcels of nursery stock were shipped from areas of California infested with GWSS to areas that were uninfected between January and March 2019. One viable egg mass was found in a shipment, while two were found before shipping in March 2019.

Symptoms of Pierce’s Disease on Grapevines

Symptoms vary depending on whether the vine has just been infected or if it has a chronic disease from a previous year. There are four main signs to look for in mid to late summer:

Your vines may not get all symptoms at once. And if the vine was just infected that spring, only one or two shoots will show signs.

The symptoms also vary depending on the variety. Susceptible varieties like Chardonnay may rapidly deteriorate, particularly if the vines are young.

Manifestation of marks and signs are worse in hot climates because the vines are more stressed for water even if the soil is adequately moist.

If you find that you have an infection of Xff, you should remove that vine as soon as you determine it is infected, so the insect won’t spread to other grapevines in your garden.

This is critical if you live in an area that harbors the GWSS, since it is so effective at spreading Pierce’s disease.

How to Control the Vectors

Insect vectors such as leafhoppers are the primary reason that Xylella fastidiosa diseases spread so widely.

Since the vectors live in other habitats ranging from plants that grow on riverbanks to citrus trees and common grasses, controlling weeds can help to reduce the odds that your plants will get infected.

Other options include putting a large screen barrier around your plants and treating them with kaolin clay.

You are less likely to spread Pierce’s disease if you prune your grapes when they are dormant. It is very important to disinfect your pruning shears.

Disinfect them in 10% bleach between plants, so you don’t spread the disease. You can work with a bucket of bleach, so you always have one set of pruning shears being disinfected while you prune. You can then switch them out for the next vine.

And do not take cuttings from friends or neighbors to plant in your garden or vineyard! That is a common way for Xff infections to get started.

Quarantines on Grapevines from Areas with Pierce’s Disease

Nursery stock from areas with Pierce’s disease is frequently treated with insecticide. However, that is not rigorous enough to satisfy the European quarantine agency, since insecticides would not kill eggs inside the plant tissue.

The European and Mediterranean Plant Protection Organization (EPPO) recommends that planting material imported under license from areas that have Xff should be quarantined for two years and shown to be free from the vector and be treated with an insecticide.

Other ways to treat nursery stock to cure them of Xff involves a long-duration hot water treatment. It is important that the plants are fully dormant, or they will be seriously injured.

This treatment involves exposure of the grapevines to 122 F heat for 45 minutes.

What the Future Holds for the Control of Pierce’s Disease

Given the threat posed by this disease, researchers are attacking this problem from a number of angles.

Scientists have been working hard to better understand how Xff interacts with its hosts, and this approach has provided several leads. Either through classic breeding or genetic engineering, genes to fight the bacteria have been introduced into vines.

This research is at such an advanced stage that a number of the new types of plants are being tested in vineyards.

2. Fighting Back with Non-Infective Xff Strains

Strains of Xff that are incapable of causing disease are being introduced in the hopes that they can outcompete the disease-causing strain. One of these experiments is advanced enough that it is being tested in the vineyard.

Plants often have beneficial microbes living within them that can help them to fight back pathogens. The term for these kinds of fungi or bacteria is an endophyte. Greenhouse trials are underway for this strategy using microbes specialized to fight infective Xff.

Pierce’s Disease May Soon Be Curable

The mere thought of Pierce’s disease strikes fear into vineyard owners in areas that do not presently have the bacteria.

This lethal grapevine disease has always been a severe problem, but it is now much worse in areas with the glassy winged sharpshooter. This insect is highly effective at spreading the bacteria to infect new plants.

You can take measures to prevent your grapevines from getting infected, but it can be a difficult struggle at the moment.

Have you dealt with Pierce’s Disease?  If so, let us know in the comments.

Pierce’s Disease of Grapevines: A Review of Control Strategies and an Outline of an Epidemiological Model, 12 September 2018.

One of Helga George’s greatest childhood joys was reading about rare and greenhouse plants that would not grow in Delaware. Now that she lives near Santa Barbara, California, she is delighted that many of these grow right outside! Fascinated by the childhood discovery that plants make chemicals to defend themselves, Helga embarked on further academic study and obtained two degrees, studying plant diseases as a plant pathology major. She holds a BS in agriculture from Cornell University, and an MS from the University of Massachusetts Amherst. Helga then returned to Cornell to obtain a PhD, studying one of the model systems of plant defense. She transitioned to full-time writing in 2009.
More Posts
Subscribe
4 Comments
Oldest
Newest Most Voted
Inline Feedbacks
View all comments 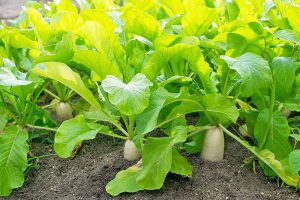 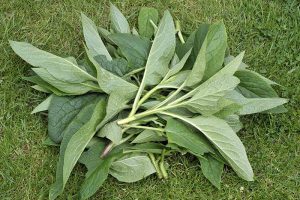