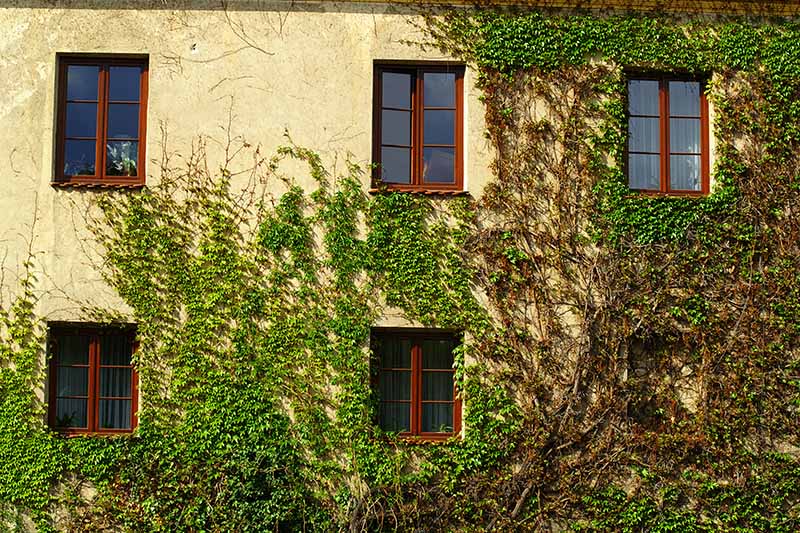 Vines are plants with long stems that cascade, climb, or creep.

Some grow so big and old that they earn world record status, like the 240-year-old grapevine that fills a conservatory in Hampton Court Palace, London, England, and the 127-year-old Sierra Madre, California Chinese wisteria that spans an acre.

When they cover the facade of a home, climbing plants enrich its character, contribute to its identity, and create a sense of permanence.

But while they may be pretty to look at, one can’t help but ask, “Are those vines doing damage?”

In this article, we explore climbing vines and their effect on home exteriors.

There are many types of vines, including annuals and perennials, soft stemmed and woody, deciduous and evergreen, flowering and fruiting, non-clinging and clinging.

Non-clinging types, like purple passionflower, Passiflora incarnata, must be “trained” to climb, using supports such as twine and trellises.

Clinging varieties are able to climb of their own accord, seeking out surfaces to attach to for support. They are able to accomplish this remarkable task because they have one or more of the following:

Let’s define each and consider some examples.

Aerial rootlets look like small fibers on a plant’s stems. They are referred to as adventitious, because they grow in response to a need, or in this case, support for the plant while it fulfills its innate desire to climb.

In addition, most plants crave light. Some even physically turn toward it, a phenomenon called positive phototropism.

However, there are others that turn away from light. This is called skototropism, or negative phototropism.

An example of a negatively phototropic species is tropical monsterra, or the Swiss cheese plant, Monstera deliciosa.

It has clinging aerial roots and grows toward dark crevices in tree bark, where it can burrow and strengthen, before proceeding upward in search of sunlight.

Tendrils are narrow stems that act as sensors for a plant, reaching out for something to grasp.

There are two kinds:

Stem tendrils shoot off a main stem anywhere along it. They look like especially narrow, leafless stems that end in a spring-like coil.

Leaf tendrils are little coiled stems that emerge from a leaf node, and these lack the long feeler stem.

A tendril’s inclination to try to wrap around something it touches is called positive thigmotropism.

Clematis is a flowering climber that clings by wrapping its leaf stems around a support.

At the ends of aerial roots and tendrils, there may be a sticky substance that further facilitates clinging to surfaces. These gluey dabs are called sticky disks or holdfasts. They act like little suction cups.

An example of a vine with aerial roots and sticky disks is English ivy, Hedera helix.

Twining is a plant behavior that causes stems to spiral in either a clockwise or counter-clockwise direction. This is called circumnutation.

Regardless of whether or not there is something available to wind around, twining stems reach, twisting around other plants, poles, or even themselves as they grow.

In addition to vines, there are also plants that exhibit vine-like behavior, like ground-covering periwinkle, Vinca minor, and climbing and rambling roses, Rosa spp. Like non-clinging vines, they, too, can be trained to “climb.”

With this knowledge under our belts, let’s look at what can happen when climbing foliage comes into contact with a building.

Non-clinging plants pose the least threat to exteriors, as they do not climb on their own. Instead, they rely upon a trellis or other structure for support, which would keep them away from a building’s facade.

Clinging perennials with tendrils and aerial rootlets, especially those with sticky disks, pose a great threat to compromised buildings.

Those with deteriorating elements, such as cracked masonry, as well as gaps around windows and doors, may draw water, rodents, and insects inside.

Twining types, particularly woody ones, may have stems that are large in diameter, sometimes as thick as tree limbs, and these have the power to dislodge downspouts and shutters, clog gutters, and undermine sheathing, shingles, and siding.

In addition, their weight can pull down power lines and collapse roofs. The famous Sierra Madre Chinese wisteria, Wisteria sinensis, was at one time decorative twining foliage climbing over a house – until the roof fell in.

In addition, vines that blanket a home may be viewed as beneficial by those who feel they help to insulate, cooling room temperatures in summer and warming them in winter.

However, if foliage is on the north side, the sun may not be strong enough to dry dew and rainwater.

There may be a buildup of moisture that causes mold-blackened surfaces, rotting wood, and an infestation of insects like carpenter ants, termites, and ticks.

Other folks appreciate the ability climbers have to absorb pollution and inhibit salt damage.

And finally, if you should decide to attempt removal yourself, you may find that vines like English ivy leave sticky disks and tendrils behind that are so entrenched, they remain in place as dry brown skeletons of their former selves, rendering surfaces unpaintable and unsightly.

If you have a climber covering your home, don’t panic.

Determine how it is clinging. If it has tendrils that appear to be embedded or that are dislodging building elements, it may be wise to consult professionals for removal and repairs.

On the other hand, if your house is in good physical condition, your vine doesn’t seem to be doing any harm, and it gets ample sunlight, just keep it pruned away from doors, downspouts, gutters, the roof, and wires, and enjoy it.

If you’d like to start a perennial variety but don’t want to risk damage, consider using a framework like wood lattice to give it something to cling to.

Locate the lattice, or other support structure, at least a foot away from your house. Avoid anchoring it to the house, but if you must, consult a professional to prevent the creation of cracks that may be penetrated by water, insects, and rodents.

They often add hinges so the homemade trellis can fold down or open sideways for home maintenance like painting, pointing, or power-washing. Afterward, they close it and secure the hinges.

Even with the use of trellises, you may need to prune climbers that reach for the house.

While they are short-lived plants that die off at season’s end, you may still want to keep annuals off the house, to avoid bringing bugs and rodents near.

Minimize the Risks, Enjoy the Vines

To summarize, vines may be harmful to your home, especially if the facade is compromised.

And while some would argue that vines insulate, it’s best not to grow them on the north side, or there may be a buildup of moisture that causes moldy masonry, rotten wood, and infestation by insects that thrive in damp conditions.

With an understanding of climbing vines, and options for providing them with support other than the house, you can avoid damage and enjoy the best they have to offer: profusions of blooms, lush foliage, bountiful harvests, and yards of intricately woven stems that never cease to amaze and delight.

Are you growing climbing vines on the outside of your home? Let us know in the comments section below!

If you found this article informative and would like to read more about growing vines, we recommend the following:

Nan Schiller is a writer with deep roots in the soil of southeastern Pennsylvania. Her background includes landscape and floral design, a BS in business from Villanova University, and a Certificate of Merit in floral design from Longwood Gardens. An advocate of organic gardening with native plants, she’s always got dirt under her nails and freckles on her nose. With wit and hopefully some wisdom, she shares what she’s learned and is always ready to dig into a new project!
More Posts
Subscribe
0 Comments
Inline Feedbacks
View all comments 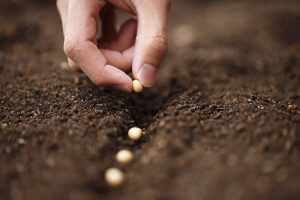 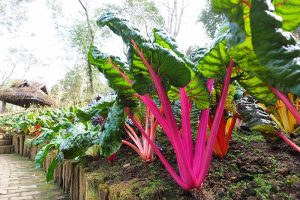