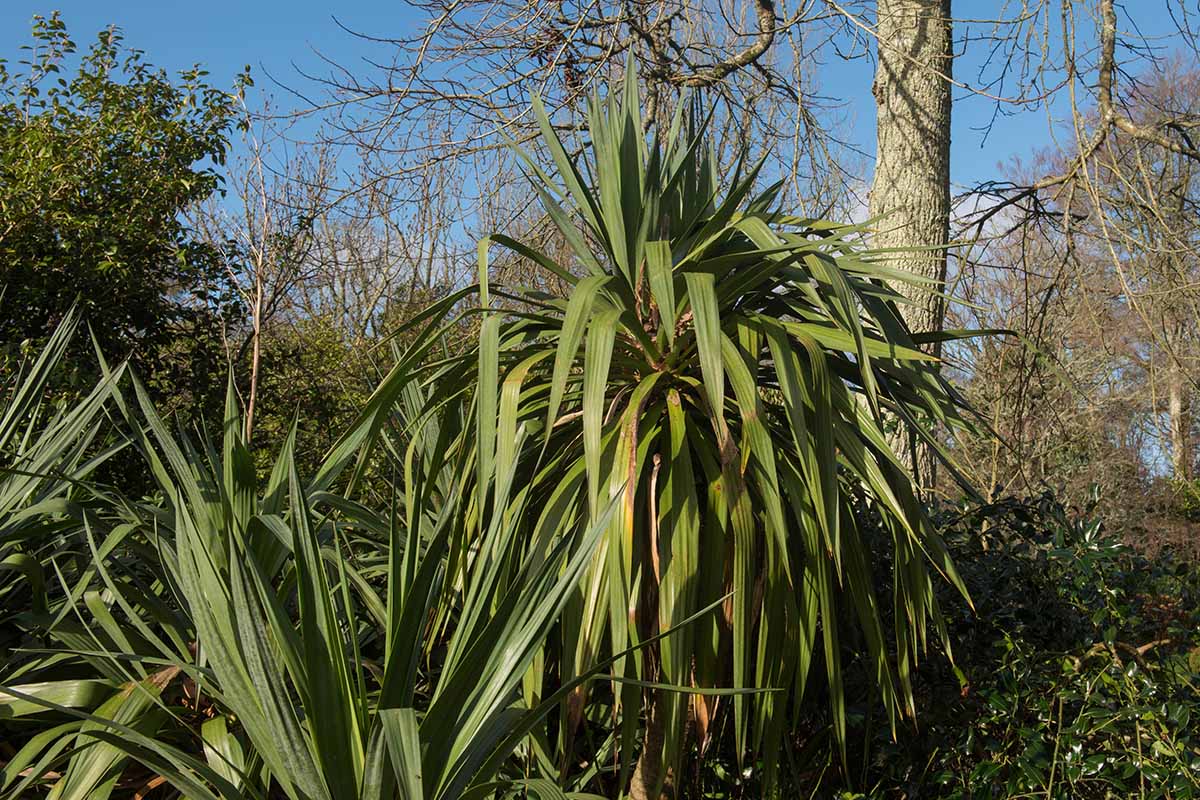 Yuccas may be prone to frost damage, but at least they can grow back their succulent leaves in time!

We humans have a lot going for us physically. Dermal sweat glands, opposable thumbs, an upright gait for energy-efficient locomotion… the list is rather long.

Not to mention our super-high intelligence and sociability as a species, which has allowed humanity to establish itself at the top of Earth’s food chain.

But tales of Antarctic expeditions or mountain climbs gone wrong are harrowing reminders of our physical fragility. Ever seen a picture of frostbitten fingers that required amputation? It’s enough motivation to wear gloves all winter long!

This is where we gotta tip our hats to members of the plant kingdom and their ability to regrow physical structures.

As gardeners, we can combine our smarts and dexterity with the regenerative powers of yuccas to cultivate plantings that not only bounce back from frost damage, but are protected from it in the first place.

Interested in keeping your yuccas free from harm in the winter? Ready to learn how to treat any cold injuries properly? Then read on.

What Is Frost Damage?

In the context of our photosynthetic friends, frost damage is sustained by vulnerable plants exposed to subfreezing temperatures.

Not all plants will sustain damage when temperatures dip below 32°F, but many do, especially those that aren’t adapted to such conditions.

When water freezes it expands in size, often causing damage to the structures containing the moisture. Since plants are composed of up to 95 percent water, this doesn’t bode well for flora at the cellular level.

As the water within plant cells freezes to become higher-volume ice, cells can rupture.

It doesn’t take a biologist to figure out that an organism with ruptured cells probably won’t be doing too hot.

And it doesn’t have to be below freezing outside for a plant to suffer damage from the cold.

Chilling injury is a milder form of frost damage that occurs when temperatures are above freezing, but still not warm enough to suit a particular plant. Symptoms usually include foliage discoloration, along with mild wilting in some cases.

The Yucca genus includes about 40 different species, with varying degrees of cold hardiness.

At the extremes, Y. elephantipesis will suffer chilling injury in environments colder than USDA Hardiness Zone 9, while Y. glauca is hardy all the way north to Zone 3.

How much these succulents may suffer in cold winters depends a lot on the hardiness of the species at hand, which is why proper plant selection is extremely important in landscape planning.

The symptoms of frost damage in yuccas are blackened leaf tips and flopping leaves.

Later on, the foliage turns brown and crispy in a way that’s not at all aesthetic. If the damage is severe and extensive enough to become systemic, the entire plant can perish.

How to Protect a Yucca from Cold Injury

“An ounce of prevention is worth a pound of cure” – it’s one of the most helpful proverbs in existence, for gardening as well as in life.

To prevent frost damage in yuccas, you have to start with the specimen itself. If you choose a species that’s hardy to your location then you’re pretty much set, save for an extreme, uncharacteristically harsh winter that comes out of nowhere.

Keep in mind that yuccas grown in containers outdoors are essentially subject to exposure one USDA Hardiness Zone colder than the actual region they’re planted in.

Additionally, proper cultivation can ensure that a specimen is robust enough to deal with stressors such as extreme cold. For some help on that, check out our in-depth yucca growing guide here.

If the plant in your garden can’t quite hack it in your local hardiness zone, you could always bring any container-bound yuccas indoors for the winter.

But if that’s not an option or if you’re working with in-ground plantings, there are some ways to create a microclimate in which the specimen might be able to make it through the winter unscathed.

In the Northern Hemisphere, placing plantings on the southern sides of structures – such as buildings or walls – will allow them to catch radiating heat and reflected sunlight while keeping them shielded from cold north winds.

Along with trimming any foliage that has died back, be sure to prune away spent bloom stalks by snipping them at the base prior to the arrival of winter.

Another tip: avoid feeding plants in the fall. Fertilizing late in the season will encourage new growth up until winter, and these young structures won’t have the time necessary to acclimate to the cold that’s to come. So make like contraception and ensure that fertilization doesn’t occur.

Since succulents exhibit the best ability to survive freezes in dry soils, watering a yucca prior to temperature drops won’t help like it might with other non-succulent plants… so be sure to keep the surrounding soil drier than Steven Wright’s comedic delivery.

Mulching a yucca with six inches of shredded bark or fallen leaves before the first frost can provide insulation and help to prevent frost damage.

When the weather forecast indicates a temporary drop in temperatures near or a bit below a yucca’s liking, thermal blankets can trap heat and increase its chances of surviving unharmed. 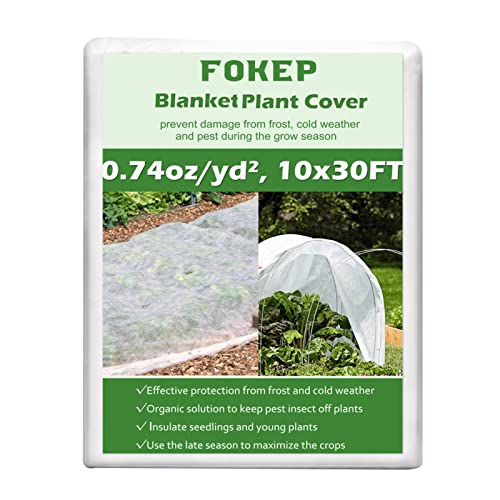 This 300-square-foot polypropylene cover that’s available from Amazon can be cut to size to protect your specimens.

Remove the frost cloth when temperatures warm up again, and be sure to keep an eye on the forecast so you’re able to provide protection before sudden freezes strike.

Additionally, potted plants can be wrapped in burlap, old blankets, or even bubble wrap to keep the roots warm during winter – but be sure to wrap just the containers, not the plants.

The pots should ideally be made of a non-porous material such as wood, metal, or concrete. If you’re stuck with ceramic or terra cotta, treating the pots with a coat of pool paint will help to prevent moisture infiltration that could lead to freezing, expanding, and cracking.

Snow-clad leaves may fold or snap from the added weight. If any snow falls on the foliage, brush it off with a gloved or mittened hand after the storm stops. Or you could do it barehanded, if you’re not particularly attached to your digits…

How to Treat Frost-Damaged Yuccas

Maybe you were a bit lax with the above prevention steps, or perhaps a record-breaking winter occurred in your otherwise warm-enough garden. Either way, your yucca is now frost-damaged… so, now what?

If you haven’t already, apply that frost blanket if weather colder than what your yucca can handle is ongoing. Frost damage is a clear sign that your plant is struggling against the cold, and that it needs all the heat that it can get.

Additionally, you could pot up and move the succulent to a warmer location, whether it’s indoors or in a greenhouse.

A frost-free structure such as a garage with temperatures that consistently stay above freezing could also work for placement, as long as there is ample light available.

Such a last-ditch, emergency effort could be quite tough on an already-stressed plant – and digging in frozen earth is never easy – but it’s better to save the crown if you can than it is to let the entire plant die.

As much as you may want to, resist the urge to prune cold-injured structures straight away.

Although they may look a bit ugly in winter, the dead plant parts can actually help to protect the living tissue underneath from further injury. And if the damage is mild enough, there’s actually a chance that the frost-damaged structures may heal.

When spring comes and the risk of frost has passed, look over your yucca and reassess. By this point, what is and isn’t a confirmed cold injury will be much more apparent.

With sterilized cutting tools, cut away the damaged parts, removing any frost- or chill-injured foliage. If any leaves turn brown and die later on, prune them away as well.

Plants that have survived the winter despite damage will bounce back with new, healthy growth in spring.

All this prevention and damage control requires a bit of work and forethought, but a yucca that’s alive and well throughout years to come is its own reward. Completing such a task deserves praise!

Even though these guys aren’t the hardiest of ornamentals, they’re still capable of surviving the cold with the help of a well-prepared gardener such as yourself. You got this!

Questions about any of the above can go into the comments section below… along with anything else you want to say, really. I trust y’all’s discretion, and look forward to hearing from you.

Trying to protect other botanical specimens from Old Man Winter? Here are some helpful resources for you to peruse at your leisure: 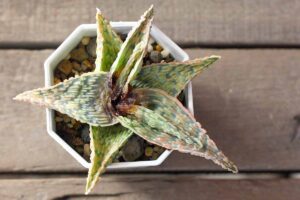 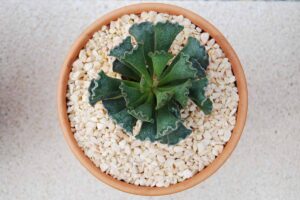 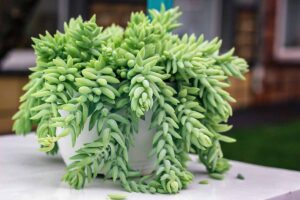 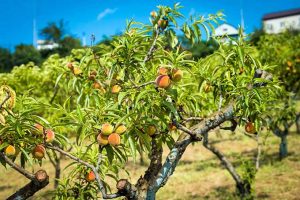 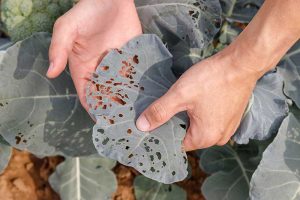