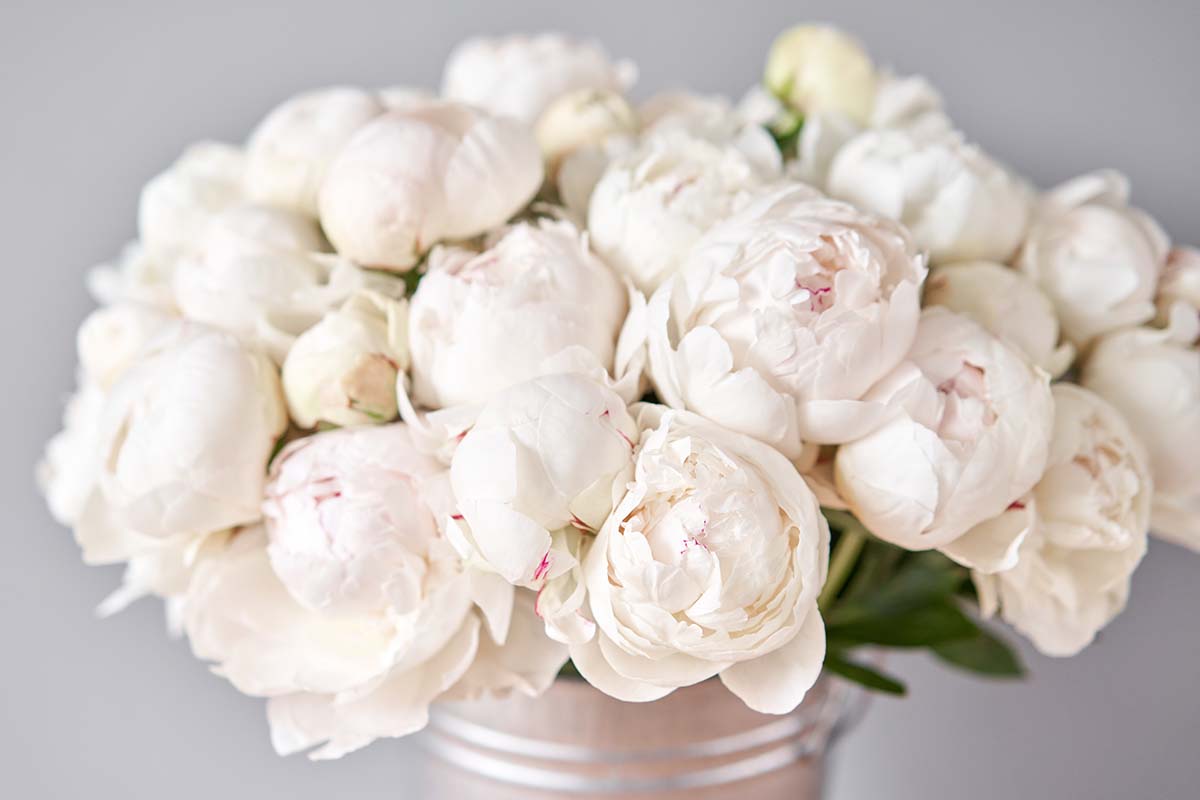 If there’s one flower that signifies elegance, it’s the white peony gracing the bouquets and tables of weddings all over the world.

But if you think choosing just one variety to grow is going to be an easy task, you’ll quickly discover there are a lot more options than you might have guessed – and you’ll probably want to grow them all.

Most white peonies aren’t pure white. Some have a tinge of pink that fades to white or buttery centers. Others start as pure white buds and open to reveal a surprise pop of color.

In this guide, we’ll help to make your choice a bit easier with our look at 13 of the best white peony varieties for the home garden, all of which have stood the test of time, some for more than 100 years.

13 of the Best White Peonies

There is a wide range of peony types, from early-blooming tree peonies that grow up to six feet high and five feet wide, to prolific intersectional hybrids that flower in early summer.

To learn more about the various kinds you can grow, including the difference between “doubles” and “singles,” read our guide to the different types of peony flowers.

The varieties in this roundup are all cultivars of Paeonia lactiflora, the most popular herbaceous type that blooms in early to late spring, depending on the variety.

When it was first introduced to the US and Europe, P. lactiflora was classified as P. albiflora, and commonly known as the “white-flowered peony.” The specific epithet lactiflora means “with milk-white flowers.” Selective breeding has increased the color palette.

Generally, these plants do best in USDA Hardiness Zones 3 to 8, in a sunny spot with well-draining soil. Learn the basics of planting and growing classic perennial peonies in our guide.

Here are 13 white peonies to add grace and elegance to your spring garden. They can be planted in spring or fall.

This flower has a secret. The closed buds have pale blush-pink outer “guard” petals but when they open into full bloom, they’re one of the purest, snowy, most sumptuous blooms you can grow – and one of the most fragrant.

In 1959, flower breeder Christian Olson named this cultivar in honor of his mother and ‘Amalia Olson’ has remained popular ever since, winning an American Peony Society gold medal in 2011.

The buds are one to one and a half inches across, and open to reveal double flowers that are four to eight inches wide.

‘Amalia Olson’ is a midseason cultivar that blooms in early June.

Blooming in early June, the big, luscious, alabaster petals of these huge flowers, which measure eight to 10 inches across, resemble a bowl of whipped cream.

Each double blossom is so packed with ruffles that they hide the golden stamens at the center.

Fortunately, this plant has thick stems to support the hefty weight of the flowers.

‘Bowl of Cream,’ released in 1963, is one of a couple of classic varieties on this list produced by Carl Klehm, whose family ran one of the largest flower breeding nurseries in the US in the 20th century.

You can find bare root plants to grow this fragrant favorite at home from Eden Brothers.

A 1950s favorite that has remained popular is ‘Bridal Shower,’ known for its snowball-round medium-sized buds that are the perfect size for wedding bouquets when they’ve just barely begun to unfurl.

The one- to two-inch buds bloom in late May to early June into symmetrical six-inch, ruffled, creamy flowers and have a delightful perfume.

You can nab this classic from Nature Hills Nursery.

Another top pick with noted longevity is ‘Duchesse de Nemours,’ bred in France in 1856.

It’s named for Princess Victoria of Saxe-Coburg and Gotha. Born in 1822, she was a cousin and dear friend of England’s Queen Victoria. Victoria married a French prince and became the Duchess of Nemours, but sadly died at age 35.

There are three reasons for this flower’s longevity and popularity with gardeners and commercial growers. Its bright pure white buds, measuring three-quarters to one and a half inches across, are the perfect size for a bridal bouquet.

In late May to early June, these open to reveal blooms with a crown shape, measuring four to six inches across, with soft, creamy, ruffled petals. And this cultivar has a delicious, spicy lemon fragrance.

You can purchase bare roots from Eden Brothers.

This heirloom flower literally set the standard for all the white peonies that have followed, festooning gardens for over 160 years.

‘Festiva Maxima’ is credited to French breeder Auguste Joseph Miellez. Its popularity with gardeners and commercial growers worldwide hasn’t waned since it was first introduced in 1851.

It’s known for being a disease-resistant plant with long, strong stems and petals that don’t show rain spots.

The one- to one-and-a-half-inch buds have a deep crimson edge on the outer petals. They open in early June to reveal fragrant, silky double blooms that are five to seven inches across, with little flecks of red on the stigmas.

You can purchase bare roots from Nature Hills Nursery.

Omaha farmer Henry Sass came from a flower-breeding family, and in 1949 he named this elegant beauty for himself.

The snowy double flowers of ‘Henry Sass’ have such tightly packed ruffles, you can’t see the centers.

Blooming in early to mid-June, the magnificent flowers are five to six inches across in full bloom and considered to be one of the few pure white peonies.

If you want to add this showstopper to your garden, you can purchase bare roots from Nature Hills Nursery.

This is a more cheerful blossom compared to the ruffled drama of some of the peonies in this list.

Blooming in early June, ‘Honey Gold’ starts as a modest-looking bud, opening to reveal a simple border of white petals with a striking honey-gold, frilly heart.

Known as a “Japanese style,” this type of peony with cupped outer petals, and a contrasting tufted center is very popular in Japan.

You can find bare roots available from Burpee.

‘Immaculee’ is a Dutch-bred hybrid from the early 1950s with a bowl of white petals carrying a frilly, anemone-like center.

However, it’s not quite as immaculate as its name would suggest. The guard petals can carry a hint of blush as the bud starts to open, and there’s often a little dab of ruby red on the seed pods in the center after flowers fade.

The petite buds are about one inch across, and the flowers attain a diameter of four to six inches in full bloom. ‘Immaculee’ blooms in late May to early June.

This cultivar is known for being disease-resistant.

You can purchase bare root plants from Burpee.

It may be Dutch-bred but ‘Jan van Leeuwen,’ released in 1928, is another Japanese-style bloom with satin-white petals cupped around a cushion of gold stamens. Varieties with this form aren’t necessarily of Japanese origin, after all.

It’s also known for its beautiful, lingering fragrance in the garden which will then permeate your house when you display the six-inch-wide flowers in a vase. Bloom time is early to mid-June.

Bare roots of ‘Jan van Leeuwen’ can be purchased from Eden Brothers.

The American Peony Society bestows the best of the best with its Award of Landscape Merit. On its list of award winners, it refers to ‘Krinkled White’ as one of the finest peonies in the world, thanks to its stunning looks and the plant’s hardiness.

The Society bestowed this honor upon the cultivar in 2009, and notes the simple, timeless beauty of the taffeta-textured petals, its light fragrance, and the plant’s drought-hardy nature and continued good performance under adverse conditions.

In fall, leaves turn a yellowy-green, providing a contrast to the “orangey” stems.

‘Krinkled White,’ first released in 1928, produces flowers in early June that are six inches across. In cool, wet weather, its petals may be pale pink at opening, but will fade to white.

He named them after the women in his family. We don’t know how Minnie Shaylor was related to Egbert, but it’s possible she was his daughter, and the flower he named for her was first registered in 1919.

The stunning semi-double flowers are six to eight inches wide, and bloom in early June. The crepe-papery petals start out very light pink but quickly brighten to pure white. They surround a golden circle of stamens, with dots of red stigmas.

Like ‘Krinkled White,’ this cultivar also received an Award of Landscape Merit in 2009.

There were three things flower breeder Julius van Steen was known to love in his lifetime: numbers (he was an accountant), fishing, and peonies.

He bought up the collection of John Mann, another esteemed peony grower, and one of the results was ‘Miss America,’ which is credited to both of them.

The buds are a pale blush, but open to reveal layers of pure white petals with a “crown” of golden stamens.

As you might expect with a name like ‘Miss America,’ it won a gold medal the year it was introduced, in 1936, and it’s still considered to be of the highest quality by the American Peony Society.

The plant is known for producing large numbers of semi-double flowers measuring six to eight inches across, and it has a rich, sweet scent. Bloom time is late May to early June.

A little like the actress and singer it’s named for, ‘Shirley Temple’ starts small and delicate with buds just one and a half to two inches across.

But once it bursts into song – er, bloom! – the showy, fluffy double blossoms are up to eight inches across. The color fades over a few days after the buds open from a pale pink to ivory, and it has a light, sweet fragrance.

Introduced in the 1950s, this cultivar is the result of a cross between ‘Festiva Maxima’ and ‘Mme Edouard Doriat.’

This plant is prone to botrytis in high humidity. It likes a lot of sunshine, and is known for its long flowering season, from mid-spring to early summer.

You can find bare roots in packs of two, four, or 10 from Eden Brothers.

Indoors, you can enjoy these voluptuous blooms in cut flower arrangements and centerpieces.

Are you growing white peonies? Which cultivar is your favorite? Let us know in the comments section below, and feel free to share a picture!

And for more information about growing peonies in your garden, you’ll want to read these guides next:

Nadene Hall has written about gardening, farming, and country life for the past 20 years, since leaving the world of news journalism. The garden on her eight-acre hobby farm in Waikato, New Zealand began with no budget. Fortunately, gardening friends and family members brought gifts of plants. Her gerberas were ancestors of those originally planted by her great-grandmother in the 1920s, and the dahlias that bedazzle the front of her country home were donated by her florist-gardener aunt.
More Posts 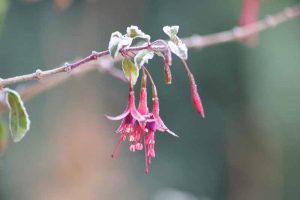 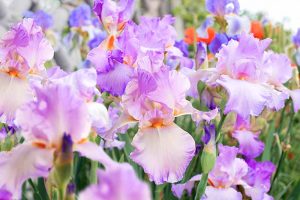 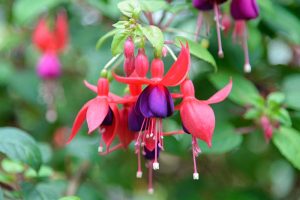 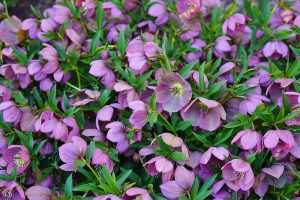 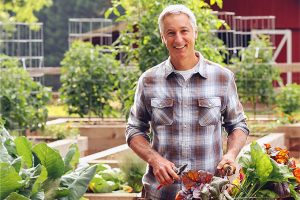