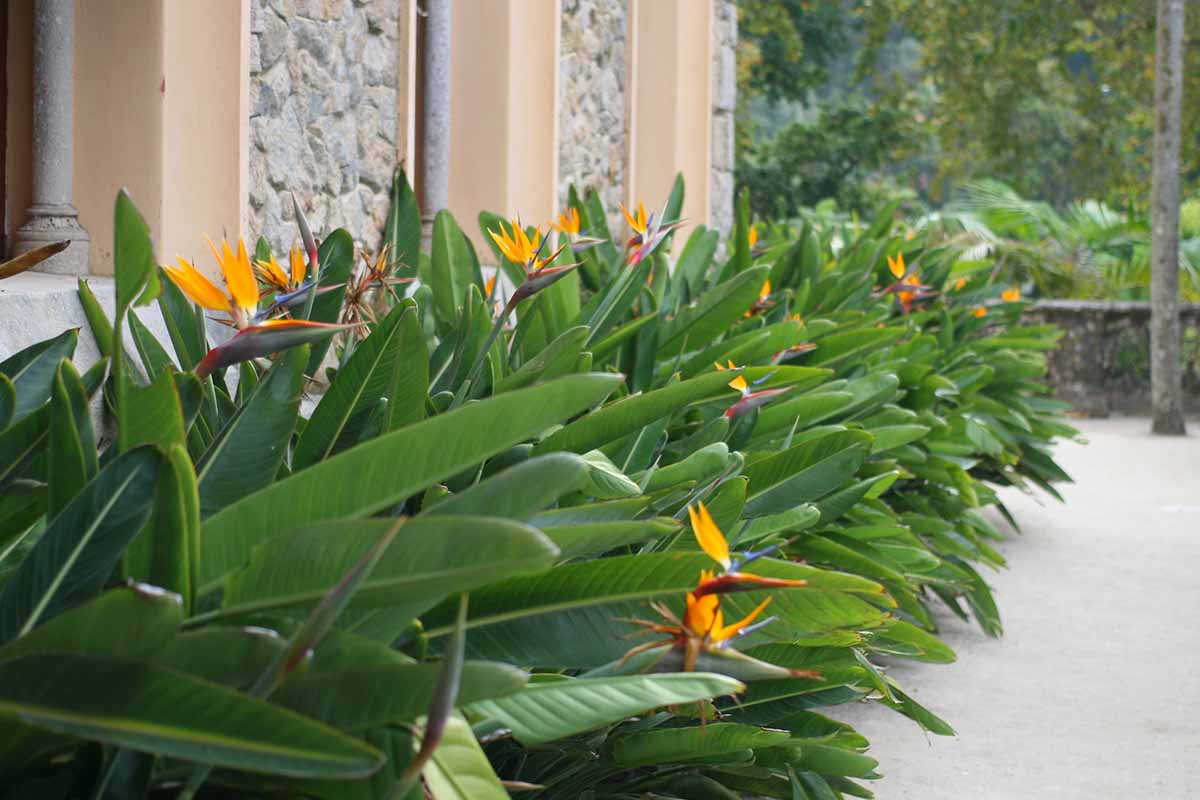 A bird of paradise plant (Strelitzia spp.), as a whole, is a lot like a gorgeous opera performance.

The beautiful flowers, with their appearance reminiscent of birds, represent the singer – the star, the show-stopper, the proverbial fat lady who sings when it’s over – while the leaves and stems are more akin to the orchestra, which provides the necessary aesthetic support.

If the orchestra brought anything less than their A game, then the singer wouldn’t sound as good and the performance would suffer. If the shoots are unhealthy, dying, or otherwise shabby-looking, then the flowers wouldn’t have that foliar backdrop necessary for top-tier aesthetics.

Figurative language aside, a Strelitzia plant’s greenery is very important. But unfortunately, for whatever reason, the foliage and stems can get a bit out of sorts. Chlorosis, necrosis, structural damage… and while prevention goes a long way, sometimes these things just happen.

Occasionally, pruning is necessary to keep a bird of paradise looking its best. If you don’t know how, fear not. This guide will cover the why, what, when, and how of pruning these plants.

Here’s everything we’ll go over up ahead:

Why Even Prune Strelitzia?

It’s a valid question. After all, a bird of paradise is just too beautiful to slice and dice pointlessly. Therefore, here are some reasons why pruning is worthwhile:

Since we grow Strelitzia for its looks, we want to keep it looking sharp… and nothing says dull like yellow, diseased, damaged, or dead shoots.

By snipping these visual eyesores, we ensure that our birds of paradise stay in tip-top ornamental shape.

Plus, pruning can keep the greenery from becoming too crowded and smushed together, while also preventing a Strelitzia from getting larger than we’d like.

Foliage that’s compromised with damage or chlorosis is a prime target and entry point for pathogens, so removing these vulnerable plant tissues really shores up the plant’s defenses.

In addition, densely packed stems inhibit airflow, which can lead to disease development if they’re not thinned out a bit.

Plants have aboveground shoots and belowground roots, which keep each other balanced in a yin-yang fashion.

When leaves and/or stems are pruned, the roots become overpowered, which then spurs the plant to restore equilibrium by growing more shoots.

Unless your hands are registered as Chuck Norris-esque lethal weapons that can karate chop stems in half, you’ll need some external items for pruning a bird of paradise.

Safety first! I know that donning some PPE for a bit of pruning can be a hassle, but trust me: it’s well worth it to be protected when working with blades.

Protection doesn’t have to be strictly up to OSHA standards, thankfully. Simply putting on puncture-proof gloves and safety glasses is enough to keep you safe.

To acquire some gloves, head on over to Garrett Wade to purchase a pair of medium, large, or extra-large puncture-resistant gloves in an attractive shade of green.

For safety glasses, 3M has some available in either blue or black on Amazon.

If you’re a four-eyed goober like myself, Aquilius sells a three-pack of wraparounds, which are also available on Amazon.

If you’re a gardener, odds are that you have these already. Hand pruners will be the best choice for pruning those smaller Strelitzia species, such as S. juncea or S. reginae.

In need of hand pruners? Snag a set of bypass pruners from Gardener’s Supply.

Sometimes, Strelitzia stalks are just too large and tough for hand pruners to cut through.

Even if you have phonebook-tearing levels of grip strength, muscling through a cut that your pruners can’t make will result in excessive damage to both the plant and the pruner blades. No bueno.

For such cuts, you’ll need a pruning saw, which will handle those larger, tougher plant shoots that hand pruners can hardly put a dent into.

Plus, the blade is usually long and narrow enough to fit through a mass of Strelitzia shoots, enabling you to reach the exact one you wish to prune with ease.

For a 12-inch-long pruning saw that comes with a sheath for safe storage, head on over to Gardener’s Supply.

The smaller Strelitzia species can usually be pruned at ground level, but you may need some vertical assistance to prune the taller, tree-like S. caudata, S. nicolai, and/or S. alba, especially once they get to be 20 to 30 feet tall.

Most folks don’t have ready access to a bucket truck, though… and while you could attempt to saw while standing precariously on a stepladder, there are safer ways to extend your reach.

Enter the pole-saw: it’s essentially a saw on a stick. The longer models tend to be collapsable, which makes them both lighter and easier to store. With a pole saw in your pruning arsenal, no undesired Strelitzia shoot is safe.

For a fiberglass-handled pruning saw that extends your reach 19 feet when fully assembled, head on over to Garrett Wade.

As you prune, the pruners and saws you use are at risk of collecting any pathogens that reside in your birds of paradise.

If they’re not properly sterilized between prunings, these tools could spread disease from plant to plant. Using isopropyl alcohol will quickly sterilize tools.

Utilize a 70 to 100 percent alcohol concentration, with water making up the remainder of the solution.

To sterilize tools, you can either dip them straight into the mixture, or spritz them with an old spray bottle filled with sterilizing solution.

Either way, after you wipe them dry with a clean rag, your tools are ready for the next Strelitzia plant, or pruning task elsewhere in the garden. 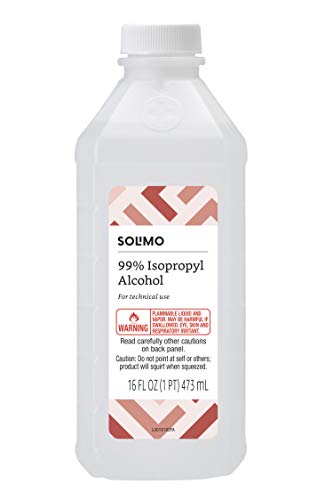 When to Prune Strelitzia

You can prune sickly, damaged, or dead foliage whenever you happen to see it.

More involved bouts of shaping or thinning out should be reserved for early spring, to take advantage of that natural springtime flush of growth.

For these heavier pruning sessions, stick to the one-third rule: no more than a third of the plant’s prunable bits should be removed in one go.

How to Prune Strelitzia

Before we continue, I should clarify what I mean by “foliage,” “stem,” and “shoot.” “Foliage” is the leaves, “stem” is the stalk that holds up the leaf, and “shoot” is the combined unit of foliage and stem.

If the foliage needs to be pruned, then you should make your cuts right where leaf meets stem, provided the stems look healthy. If the stems look just as gnarly as the leaves, then you’ll want to prune the whole shoot as close to the soil line as possible.

The same thing goes for when you want to thin out the interior shoots, remove encroaching offshoots, or otherwise contain your bird of paradise.

Since the goal is to completely remove each obtrusive shoot, you’ll want to make your cuts as low as possible. For taller species, this low point won’t be the soil line, but rather where the softer, leafy shoots meet the hardened trunk.

Speaking of, the trunks of your tree-like Strelitzia species might occasionally become a bit crusty with older herbaceous stems or the scaly, bark-like former leaf bases.

Feel free to give these trunks a trim by sawing off anything that’s unaesthetic. If possible, make these cuts parallel to the trunk while keeping your visual edits looking symmetrical.

I’m no mathematician, but I think that’s a sound equation.

Now that you know how to prune a bird of paradise, you can take these plants from looking good to looking great! If you make a cut in the wrong place, don’t fret. That’s the miracle of plants – they tend to grow back!

Have questions, anecdotes, or random things to say? The comments section is your oyster. I’d love to read and respond!

Did you enjoy learning how to prune a bird of paradise? We’ve got even more Strelitzia guides on tap: 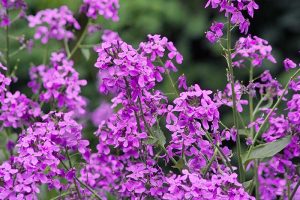 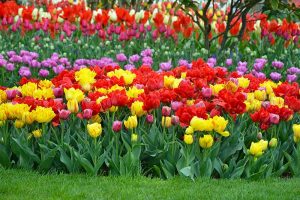 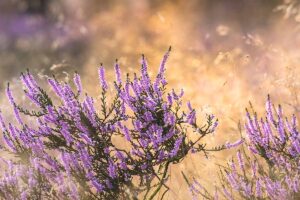 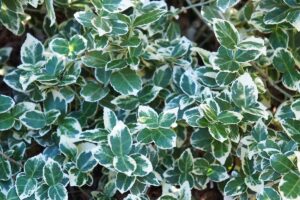 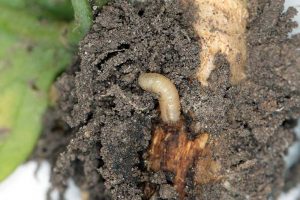