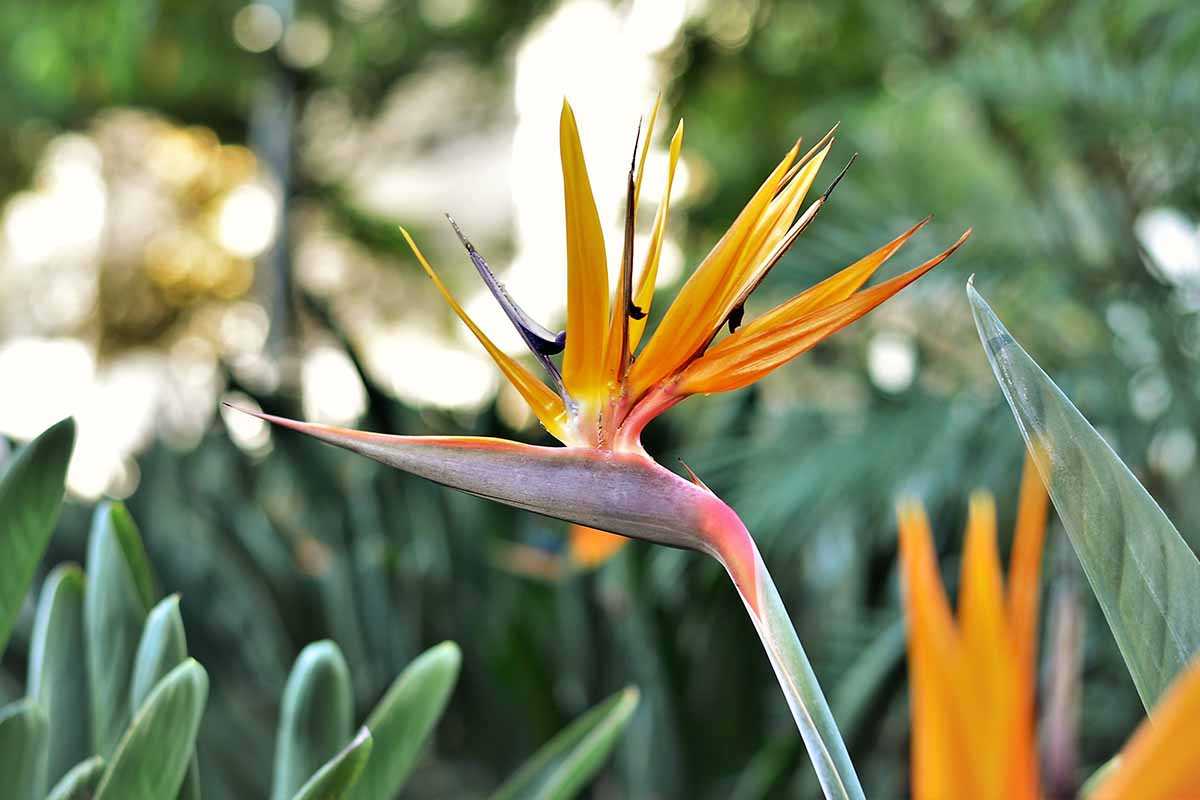 Birds of paradise look really cool – there’s no denying it. With gorgeous tropical fronds and flowers that resemble folded origami birds, they truly possess a sense of majesty. Whenever I see one, I think to myself, “that’s sick!”

However, “that’s sick!” can turn from slangful admiration to an expression of concern all too quickly.

When a Strelitzia becomes afflicted with disease, it’s only natural to fear for its long-term health and survival, especially if you raised it yourself from a wee lil’ seed or division. That bird of paradise is your baby… you’d do anything to keep it alive and well!

Thankfully, there’s no better weapon for fighting against disease than knowledge. By knowing what afflicts an infected Strelitzia and how to control or prevent it, you can save your birds of paradise from an early demise.

In this guide, you’ll find out about the most common Strelitzia diseases, their causes, and how to control them.

Along with having the proper precautions in place and swiftness of action, any gardener with this know-how can ensure their birds of paradise live long and happy lives.

Here’s what you’ll learn in this guide:

How to Identify and Manage Common Bird of Paradise Diseases

When it comes to keeping your birds of paradise free of infection, you can’t go wrong with sterile gardening practices such as making clean pruning cuts, disinfecting your tools, and utilizing or maintaining disease-free soil in the garden.

In addition, knowing how to cultivate your Strelitzia properly will keep it at peak health, which is the first line of defense against any pathogen.

For a refresher on growing a bird of paradise the right way, check out our guide on doing just that. Otherwise, let’s figure out what’s plaguing your plants.

Primarily affecting woody trees and shrubs, armillaria root rot can also afflict herbaceous flora such as palms and Strelitzia. It’s caused by various species of the fungal genus Armillaria, although A. mellea is usually the offender in home gardens.

The chief symptom is rotting-out and necrotic roots, which eventually lose the ability to draw water up into the plant. This leads to shoot wilting, dieback, and thinning, along with an occasional change in leaf color and premature defoliation.

Besides the above symptoms, this disease makes itself known with the presence of light brown mushrooms, white mycelium, and blackened strings of fungal tissues.

The ‘shrooms are either at the base of the plant or affixed to the dead remains of nearby flora, while the latter two signs can be found on or near the roots.

There’s not much you can do to cure an infected Strelitzia, unfortunately. But you can remove and dispose of infected plant tissues in order to control its spread.

Disposing of and replacing the infected soil with fresh, Armillaria-free soil to at least the depth of the infected roots would also be a wise move, since the fungi can persist underground for decades.

Caused by the soil-borne bacterium Ralstonia solanacearum, bacterial wilt is bad news. It spreads through the movement of infected flora, soils, and irrigation water, so it’s definitely worth your sterilization efforts to prevent unwanted infection.

Symptoms begin with wilting stems and leaves, then progress to leaf desiccation and eventual death. Cankers tend to appear just above the crown, and roots can end up with some rot.

Unfortunately, this one is also pretty tough to control. All you can really do is prevent its spread by pitching infected Strelitzia.

You’ll also want to remove the adjacent soil to at least the depth of the root system, since R. solanacearum can persist underground for up to two years.

Also known as gray mold, botrytis blight is caused by a variety of species from the Botrytis genus of fungi.

Symptoms include atypical development and browning of the buds and floral tissues. The blooms and leaves also tend to develop brownish, irregularly-shaped spots and flecks.

Botrytis fungi spread through spores, which travel via wind and splashes of water. These pathogens enter through soft, wounded, and dying plant tissues to wreak havoc. Within the plant itself, strands of fungal mycelium can move from already-afflicted areas to infect new, healthy structures.

In particular, leaves in decline are primo spots for the pathogens to take hold. Botrytis overwinters within nearby dead plant detritus, and can infect flora year-round, no matter the season.

Luckily, there are several things you can do to prevent and control botrytis blight.

Because this disease spreads so easily through dead botanical detritus, raking up said debris and disposing of it is essential. Additionally, infected plant parts should be removed and pitched as soon as you spot them – and not on the compost pile.

Providing a bit of space between plantings allows for better airflow, which helps to quickly dry out wet spots where the fungus can thrive. Another way to eliminate excessive, pathogen-incubating wetness is to avoid overhead watering.

Copper fungicides can be applied every 10 days or so as a preventative measure before spores form in the spring. If the entire plant is too far gone, dig out and dispose of it, along with the adjacent soil.

Afflicting the leaves of many different types of ornamental plants, “fungal leaf spot” is a catch-all name for a variety of different leaf spot diseases caused by various fungal pathogens.

It’s more common and less frightening than you might think – a nice break from all the scary-sounding conditions we’ve covered so far.

Unsurprisingly, leaf spots are the primary symptom of leaf spot disease. The darkened spots appear in various sizes and shapes, and tend to grow or merge into larger blotches over time. All this causes foliar stress, chlorosis, and premature leaf drop.

Most of the time, plants can deal with a bit of fungal leaf spot just fine, without needing any outside aid. But in some more severe cases, or if plants are already suffering due to adverse environmental conditions or other types of disease, there are some actions you can take.

Similar to botrytis blight, the fungi that may cause this disease live on in fallen botanical detritus, and the spores hitch a ride on wind or travel via splashes of water. Therefore, cleaning up debris and refraining from overhead watering are both awesome forms of prevention.

Also, staying on top of pruning and spacing encourages inter-plant airflow, which will help to eliminate those wet spots that fungi love so much.

Using fungicides every 10 to 14 days, starting when you first note signs of disease, helps to reduce further spread. The product you’ll use depends on the specific pathogen you intend to combat, so get an official diagnosis and recommendations from your local extension agent, if possible.

Keep in mind that fungi are prone to developing fungicide resistance with repeat applications of the same product – feel free to give our article on the topic a look-see for more info.

As always, if the plant is too far gone, you’ll need to get rid of it for the greater good of your garden.

Pythium root rot is caused by soil-borne species of the Pythium genus, a group of fungus-like organisms that are technically classified as parasitic oomycetes, also known as water molds.

But since these can persist in both growing media and plant material, they can end up pretty much anywhere in the garden – including on your tools and gardening shoes.

These pathogens absolutely love wet soil, and any roots growing in an overly-saturated medium are vulnerable to Pythium infection. Once infected, the roots start to darken with decay, and become mushy and soft.

As the disease progresses, growth will slow down as plant tissues – both above and below the soil – start to turn yellow and then die. Eventually, the entire specimen could perish.

Prevention can take many forms. Keep your soil from becoming a Pythium breeding ground by ensuring that it’s well-draining, and avoid overwatering.

Don’t go overboard with the fertilizer either. Too much nitrogen interferes with a plant’s defense mechanisms, and excess salts in the soil can result in damaged roots, which are key entry points for these pathogens.

In addition, smoothing out your soil and solarizing it with clear plastic prior to planting can help to prevent this type of root rot.

Mark off four to eight weeks during the hottest time of the year for this process, and note your plant in your gardening journal. Allow less time for hotter areas, more time for cooler ones.

You can also fight fire with fire and use some microbes of your own. Trichoderma fungi work really well against species of Pythium, provided you don’t overwater or over-fertilize.

These beneficial organisms can be purchased from Arbico Organics.

Fungicide applications such as Banrot® may also work as a protectant. But at the end of the day, if you’ve got an infected plant on your hands, it’s best to remove and destroy it, along with any adjacent patches of soil.

With the knowledge gleaned from this article, you’re now armed for the fight against common bird of paradise diseases. With a bit of forethought and elbow grease, keeping your Strelitzia healthy will become second nature.

I won’t lie, though. Keeping plants disease-free is a tough endeavor, even when you do everything right. But for reassurance in trying times, I turn to the sage wisdom of Captain Jean-Luc Picard:

“It is possible to commit no mistakes and still lose. That is not a weakness. That is life.”

Any questions, anecdotes, or random things you wish to share can go in the comments section below. As gardeners, we can all learn from each other’s questions and experiences, so don’t be shy!

If you’re on a bird of paradise kick and want to learn more about Strelitzia, here are a few more handy guides to read next: 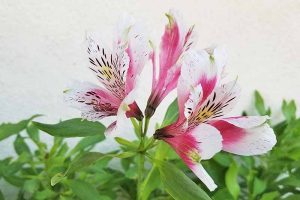 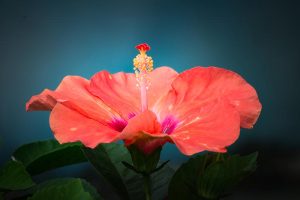 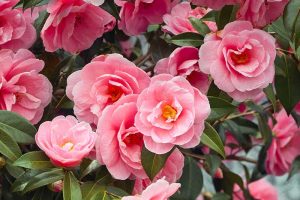 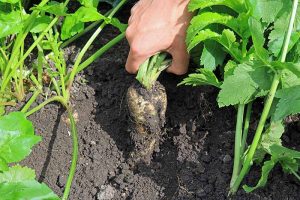 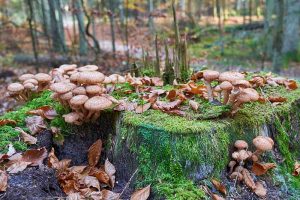