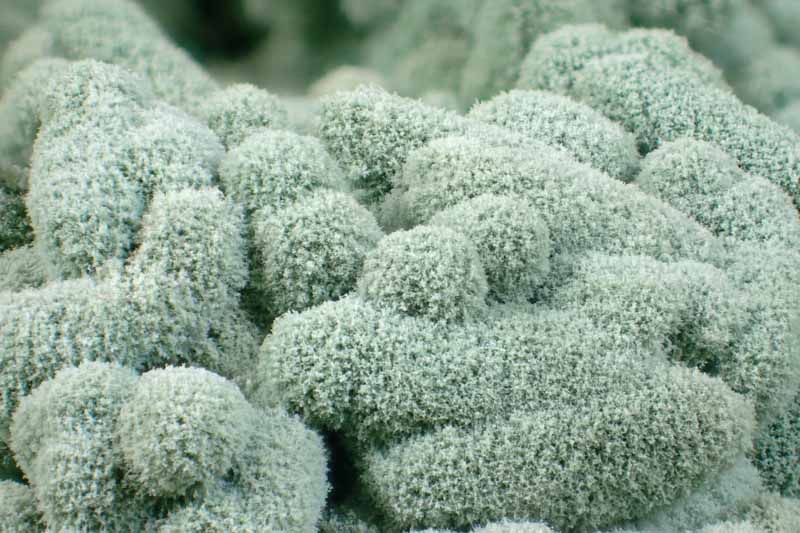 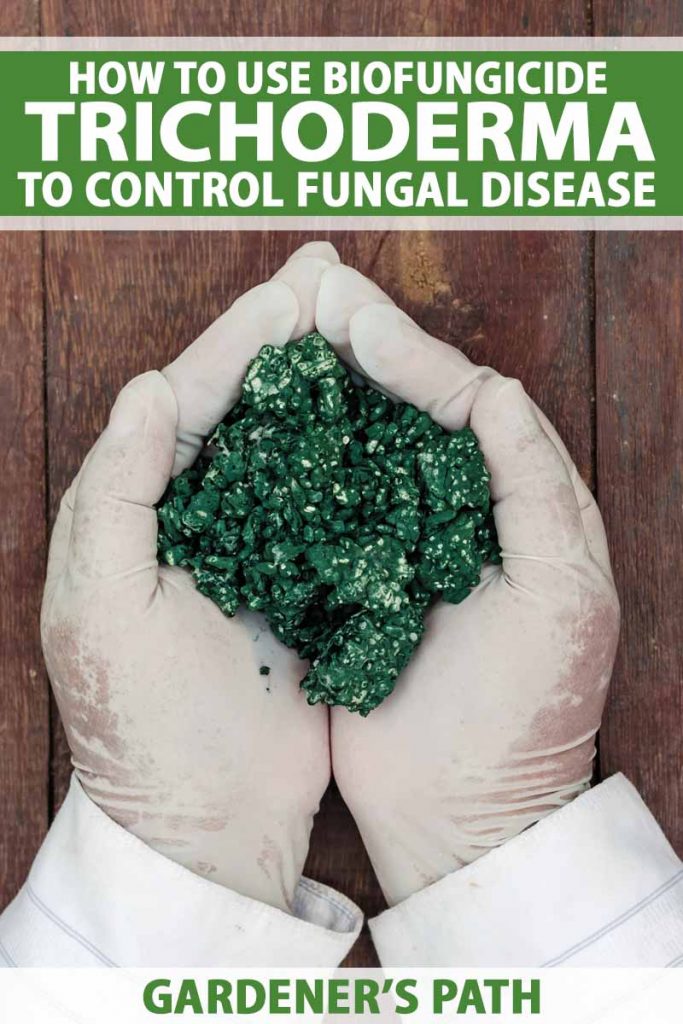 Trichoderma is a genus of soil-dwelling fungi found all over the world that are highly effective at colonizing many kinds of plant roots, and inhibiting fungi that cause many types of diseases. It was one of the first types of biofungicides commercially available.

One strain in particular, T. harzianum T-22, is the result of 15 years of research at Cornell University to create an even more powerful type of Trichoderma.

Strain T-22 will form an intimate association with plant roots and colonize them. This colonization places the fungus in a good location to outcompete and parasitize other fungi in the soil.

This fungus can inhibit a who’s who of fungal soil-borne pathogens, including Fusarium (wilts), Rhizoctonia (root rot), Sclerotinia (blight), and Pythium and Phytophthora (damping off).

Trichoderma works best on plants that are not thriving. If your plants are already at their peak, you may not see an effect from adding this microbe.

However, if conditions are suboptimal, yield increases have ranged from 10-20% to as much as 300%.

The guide below describes exactly how this fungus improves plant growth, and provides you with tips on how to best use it.

How Trichoderma Interacts with Plants

Once in the soil, this fungus colonizes the roots of plants. By growing on the roots and in the rhizosphere, it forms a physical barrier to prevent the growth of fungi that would otherwise cause disease on the plant.

Plants frequently produce chemicals to defend themselves, and Trichoderma is resistant to many of them, which helps it to colonize the roots. And it does this without interfering with other microbes that help the plants, such as mychorrhizae or Rhizobium (bacteria that fix nitrogen).

Trichoderma can improve plant health even in the absence of pathogens. The fungus grows best in soil that is acidic, and it helps create such an environment by secreting organic acids.

These acids have an additional effect that greatly benefits the plants – they can solubilize phosphates and mineral ions, such as iron, magnesium, and manganese. These means they facilitate dissolving of these minerals, making it easier for the plants to absorb them. Such nutrients are often in short supply in the soil.

The increase in the yield of the plants is greater when the soil is really poor to start with.

You may not know that plants have immune systems. They are able to sense invasion by pathogens and activate cascades of responses to produce chemicals to protect themselves.

Trichoderma has been shown to be able to activate plant defense responses, which enables the plant to control some infections above the ground, but their effects are not limited to just soil-borne pathogens. An example is Botrytis, a debilitating aboveground fungus that is sometimes controlled using Trichoderma.

How Trichoderma Interacts with Other Microorganisms

Part of what makes Trichoderma such an effective biocontrol agent is that it uses a diversity of mechanisms. That makes it highly difficult for its target organisms to evolve resistance, since they would have to become resistant to a number of different mechanisms simultaneously.

Parasitism of Other Fungi

Trichoderma can directly parasitize other fungi. First, it attaches to them. Then it coils around them and produces structures that can penetrate them. In addition, this fungus produces enzymes that break down the fungal cell walls. This process is known as mycoparasitism, with myco meaning fungi.

Most fungal cell walls contain chitin, and strain T-22 in particular produces large amounts of an enzyme called chitinase that can degrade the cell walls of its opponents.

Trichoderma protects itself from the chitinases it produces.

In addition to physically parasitizing other fungi, Trichoderma can attack them chemically. It does so by producing chemicals that are toxic to the fungi. Some of these compounds are volatile and travel through the air.

The chitinases and antibiotics act synergistically, and affect the target fungus more strongly than the production of either one alone.

The soil is a fiercely competitive place, and microbes most commonly die by starvation. Trichoderma is unusually skilled at taking up nutrients from the soil compared to other organisms. 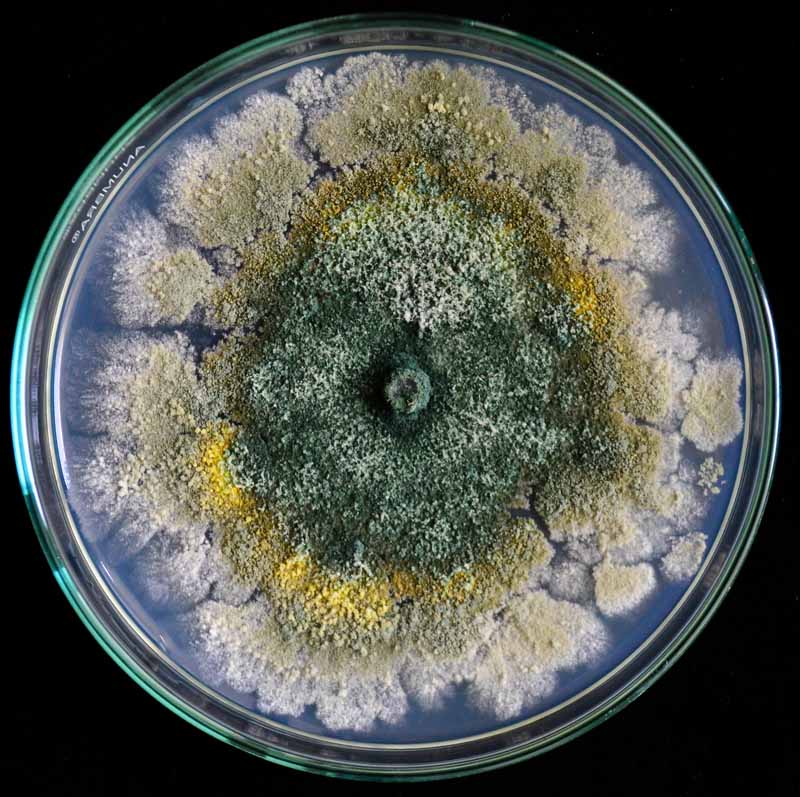 It can derive energy from complex compounds, like chitin from fungi or cellulose from plants, that are difficult for other organisms to break down.

One compound that is typically scarce in the soil is iron. Some strains of Trichoderma produce specialized compounds called siderophores that bind with iron and make it unavailable to other fungi, totally inhibiting their growth.

Many strains of Trichoderma are unusually resistant to toxic compounds, ranging from pesticides to chemicals produced by plants. Its pesticide resistance includes herbicides, fungicides, and insecticides like DDT. 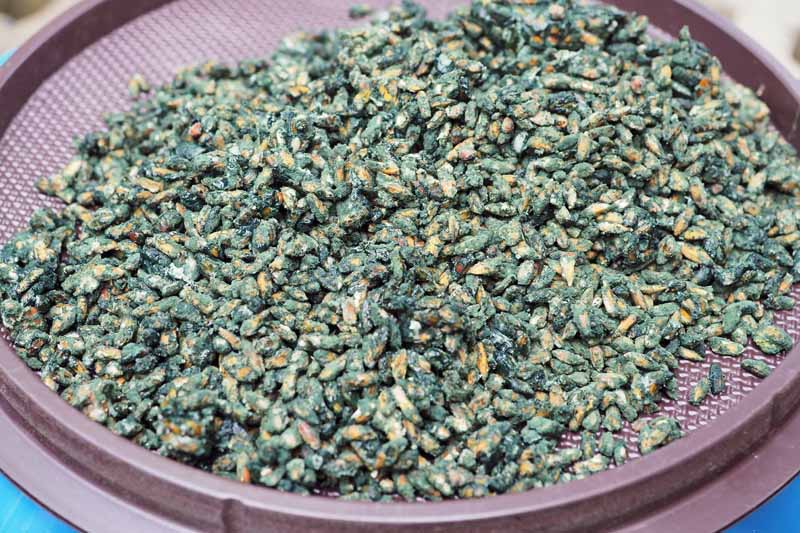 This gives an edge to using these fungi to control pathogens, since you can alternate application of strain T-22 with fungicides like benomyl or captan.

How to Use Trichoderma in Your Garden

If you apply this fungus to seed, it will colonize the plant’s root system as it grows. You can apply it directly into the furrow when planting. If you are planting turf, you can mix the fungus into the surface of the soil. 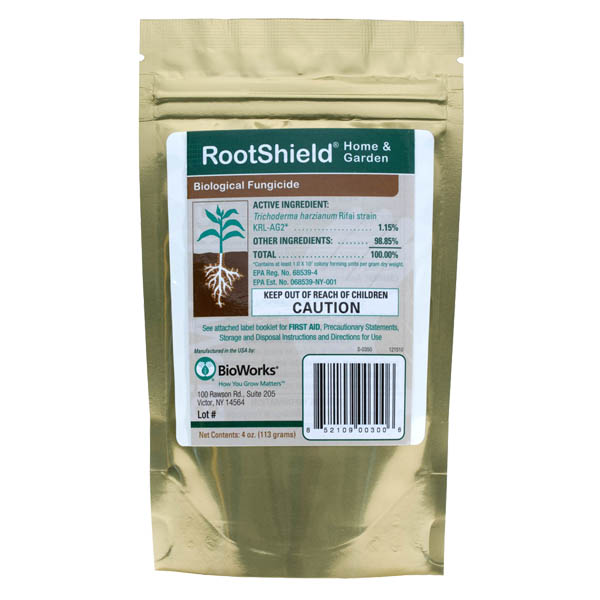 For greenhouse or nursery planting, mix with your potting medium. Apply directly into the planting hole if you are transplanting trees or shrubs.

Strain T-22 prefers warmer weather, so you should apply it when the temperature is above 55°F.

Trichoderma is a widespread fungus with no history of toxicity to humans or when tested on lab rats. However, to be safe and prevent allergies from developing, you should use a dust/mist filtering respirator if you are working with large quantities. The powder can cause eye irritation, so you should wear protective eyewear.

For home gardeners, we recommend RootShield® Home & Garden (as shown above) via Arbico Organics.

Larger quantities and products with various application methods for commercial argriculture use are also available.

Store in a refrigerator in the original container until ready for us. You may also keep it above 75°F for short periods without any loss of performance.

Trichoderma species are found in most types of soil around the world, and control other fungi in the soil using a variety of mechanisms. These range from direct parasitism to the production of antibiotics.

Fifteen years of research at Cornell University produced the powerhouse Trichoderma harzianum strain T-22, which can be used on an immense array of crops.

Strain T-22 can improve the nutritional status of crops in addition to controlling pathogens.

This broad-based biocontrol agent was one of the first biofungicides on the market, and remains a highly efficient fungus to add to your arsenal.

Have you used Trichoderma in the garden? If so, let us know how it worked for you.

And read on for more information on biological control agents such as:

One of Helga George’s greatest childhood joys was reading about rare and greenhouse plants that would not grow in Delaware. Now that she lives near Santa Barbara, California, she is delighted that many of these grow right outside! Fascinated by the childhood discovery that plants make chemicals to defend themselves, Helga embarked on further academic study and obtained two degrees, studying plant diseases as a plant pathology major. She holds a BS in agriculture from Cornell University, and an MS from the University of Massachusetts Amherst. Helga then returned to Cornell to obtain a PhD, studying one of the model systems of plant defense. She transitioned to full-time writing in 2009.
More Posts
Subscribe
37 Comments
Oldest
Newest Most Voted
Inline Feedbacks
View all comments 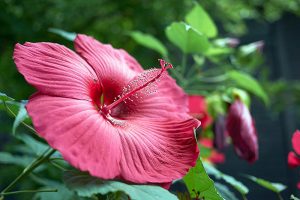 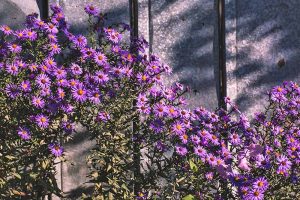