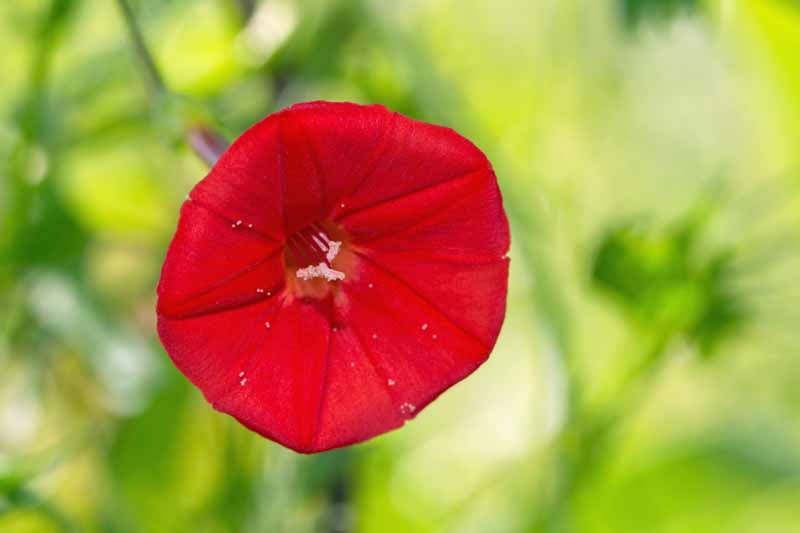 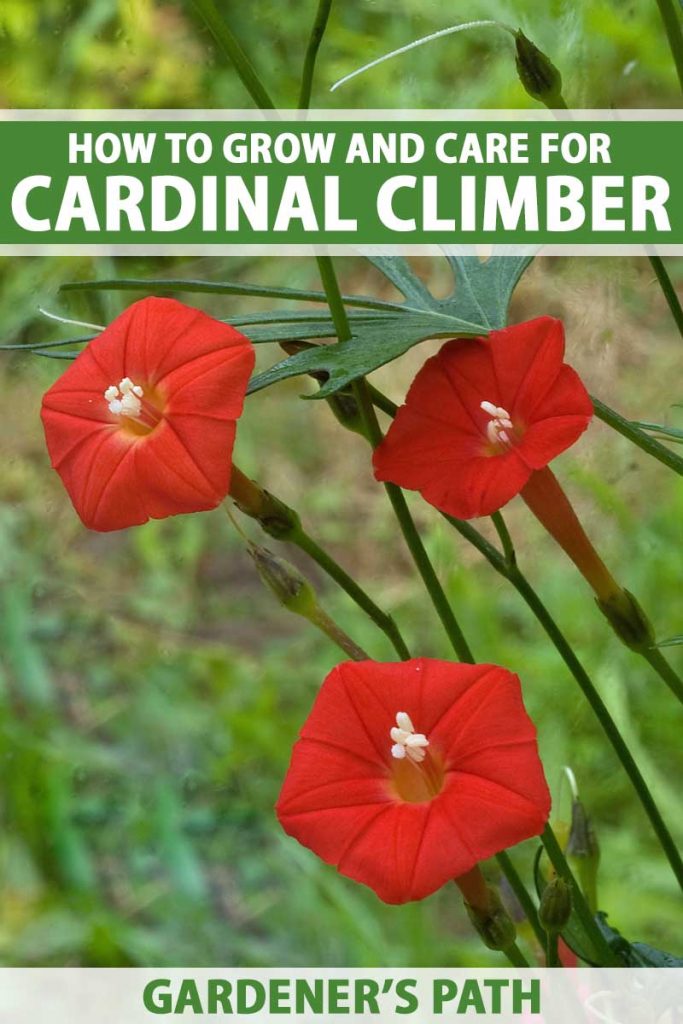 Cardinal climber, I. sloteri, is a tender annual vine with red, trumpet-like flowers in the Convolvulaceae family that’s easy to grow and provides sprawling color from summer to frost. It grows fast and is a favorite of butterflies and hummingbirds.

In this article, you will learn how to cultivate this species at home.

Cardinal climber is a cultivated species that was never wild.

It’s an easygoing plant that likes full sun but will tolerate part shade. Poor to average soil with a nearly neutral pH, an inch of water a week, and good drainage are all that’s needed for cultivation. Topping out at six to 12 feet, it likes to have room to roam.

I. sloteri originated in 1897 when a man named Logan Sloter crossed a red morning glory, I. coccinea, with a cypress vine, I. quamoclit. He did this manually and took every precaution to protect the plants from contact with any other pollen.

Eleven years later, one of the plants finally produced a seed – just one! It was subsequently planted and produced over 500 more, and a new species was born.

Noted botanist L.H. Bailey recognized the plant some years later in one of his scientific journals, Gentes Herbarum, Vol. 1. Fasc. 3, 1923. In it, he referred to a letter he had received from Sloter, stating that this was not just a “chance hybrid.” Bailey was actively cultivating the species himself at this point and published a photo of it.

Sloter’s attempts to cross I. sloteri with each of its parent plants were unsuccessful. 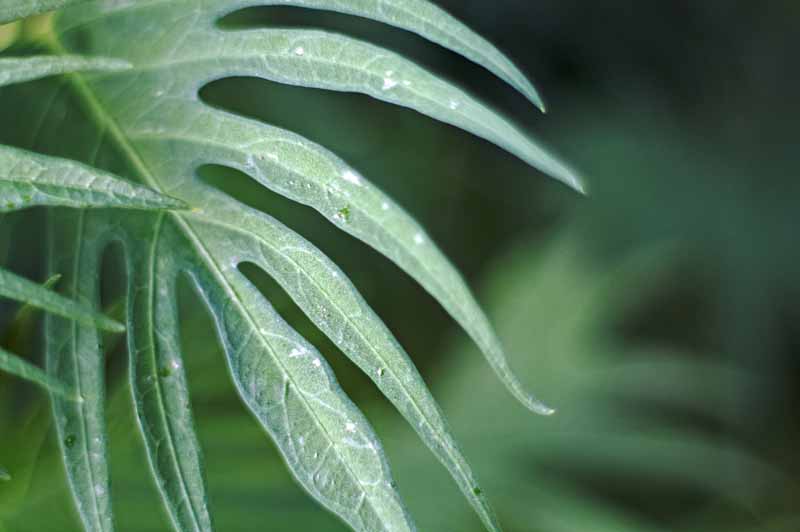 The I. sloteri hybrid is unique because it has four sets of chromosomes, two from each parent, qualifying it as an allotetraploid, whereas most flowering plants are diploids, with one set from each. The botanical implications are beyond the scope of this article.

In addition, the cypress vine, I. quamoclit, one parent of this hybrid, is also called cardinal climber.

The prominent features of both of cardinal climber’s parent plants are quite visible in the hybrid. Its leaves are heart-shaped like the morning glory, and feathery like the cypress. Its flowers have the pentagonal perimeter of a morning glory with the smaller diameter and deep trumpet of the cypress.

Like the cypress vine, I. sloteri’s blossoms are approximately one inch across, unlike those of morning glory, which average over two inches. Plants may reach a height of six to 12 feet tall when given room to spread. Be aware that they may become invasive, as this is a self-sower.

It should be noted that there is another plant that goes by the common name of cardinal flower (Lobelia cardinalis), so please don’t be confused by the two.

To cultivate this plant on your property, you’ll need to start with seed. It is a self-sower, so in warmer regions, you may find that it not only comes up again next year, it may be so prolific that it becomes invasive.

Deadheading prior to seed formation is a way to slow self-propagation, but this vine produces many blossoms each day throughout the growing season, and the task is a daunting one.

An advantage of growing cardinal climber over cypress vine, is that you can interplant it with both cypress vine and morning glory, members of the same family, without encountering cross-pollination and potential changes to its characteristics.

Growing cardinal climber is easy. You may begin ahead of the last frost, or just after. Here’s how: 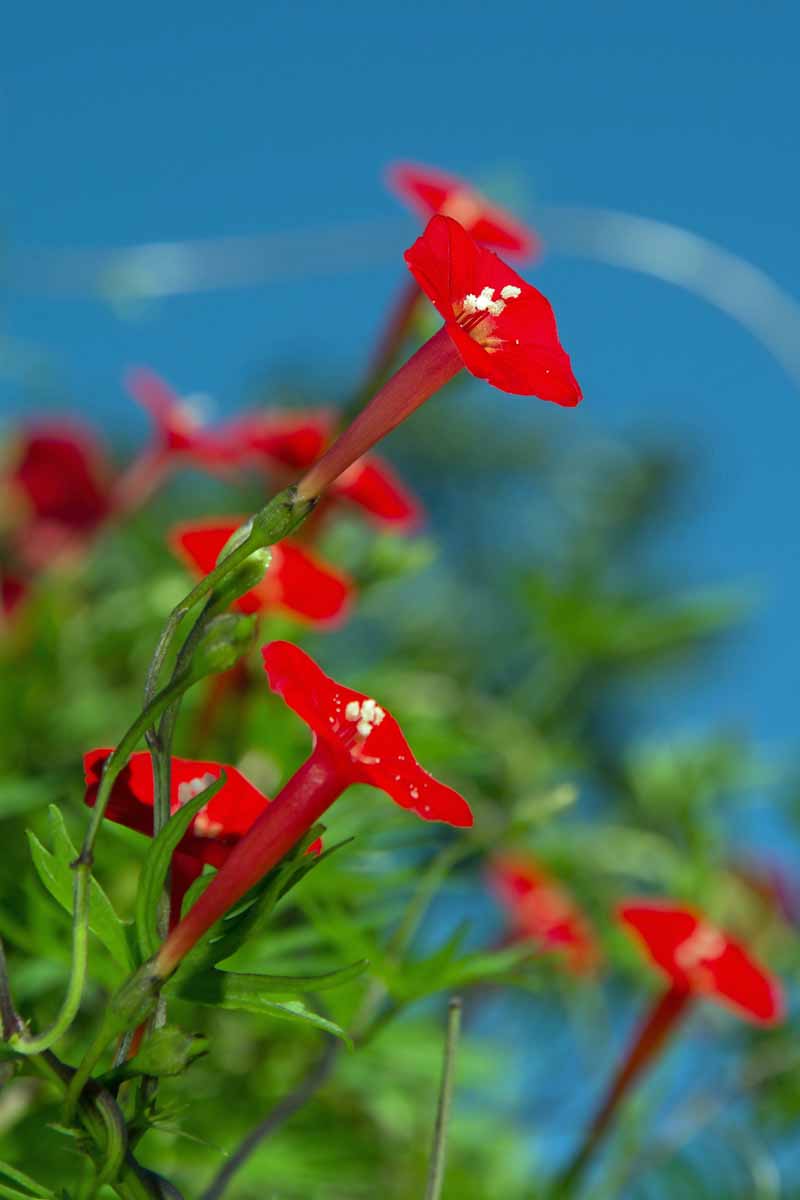 I. sloteri seeds are available from Eden Brothers in 1-ounce, 1-pound, and 1/4-pound packages. 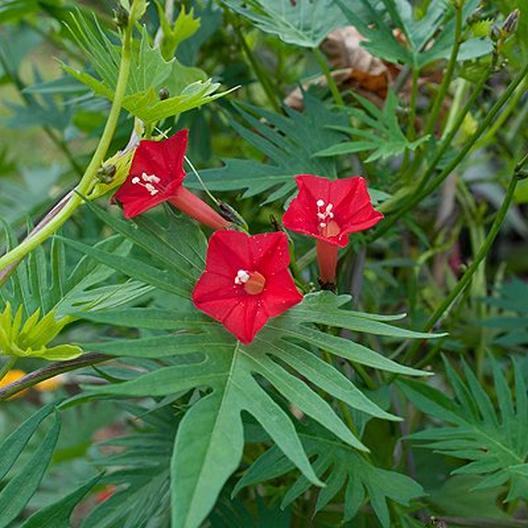 You’ll notice that the botanical name listed in the product entry is “Ipomoea x multifida,” which as we mentioned is a synonym for I. sloteri.

There are no cultivars of I. sloteri. Every package of seeds that bears this botanical name or one of its synonyms will produce the same richly saturated red, pentagonal blossoms and palm-like leaves of the original hybrid seed.

However, cypress vine, the other cardinal climber, has cultivars such as I. quamoclit ‘Alba’, which has a white blossom, as well as pink and red varieties.

There are no pest or insect problems specific to this species.

This is a dense, robust grower that leaves little room for weed growth. Therefore, competition for water that may weaken plants, reduced airflow that raises humidity and invites fungus, and the potential for insect infestation are not generally a problem.

In addition, oversaturation that also invites fungus is unlikely with seeds sown in a location or container that drains well.

NOTE: The seeds of this plant are highly toxic to humans and pets, and its vines may be invasive.

Cardinal climber grows equally well in the garden and in containers with a depth of about twelve inches. It seeks support as it matures, attaching itself to whatever is in its path. Direct fledgling vines up and onto a structure to create a decorative, intertwined display.

Alternatively, allow vines to creep in a horizontal direction so they may grow as a groundcover.

Seed savers will be happy to know that I. sloteri produces true from seed.

You may harvest seed at the end of the growing season by collecting the brown pods before they crack and disperse their contents.

Simply rub them between your thumb and index finger and collect the dropping seeds in a bowl. Remove all chaff and place the thoroughly dry seeds an airtight jar, envelope, or zippered plastic bag. Store in a cool, dry place.

Plan now to make cardinal flower part of your outdoor living space. Purchase quality seed and sow it in a location where it can spread without restraint. 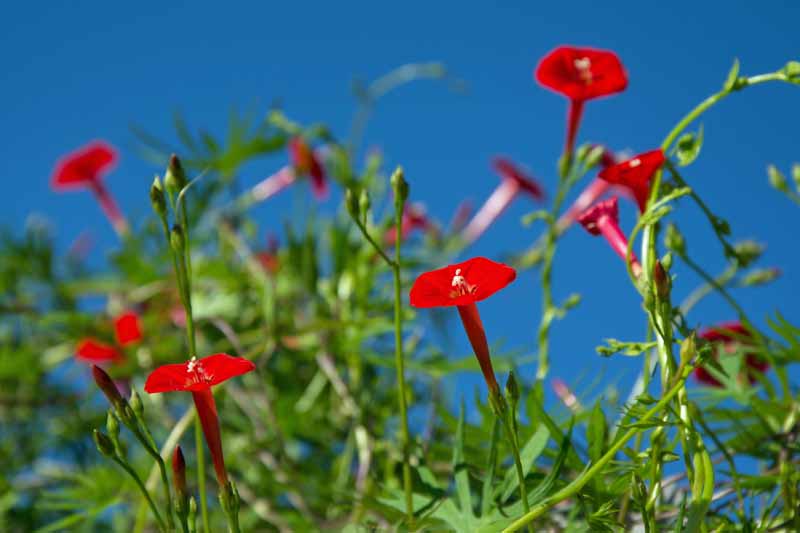 It’s also a fast-growing option for troublesome areas. Consider using it to:

With a few seeds and a little imagination, cardinal flower is sure to earn its keep, adding color and interest to your gardening scheme from summer to frost.

If you found this article informative, you’re sure to enjoy: 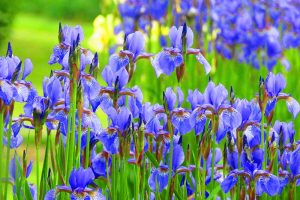 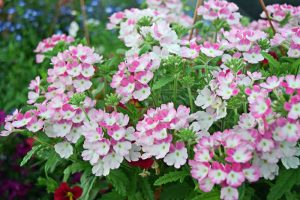 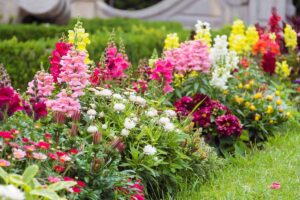 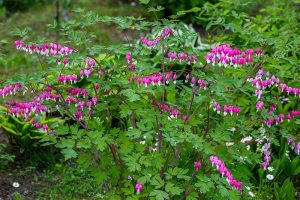 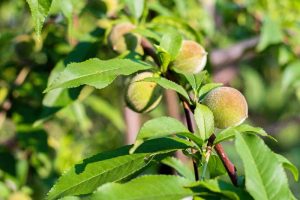