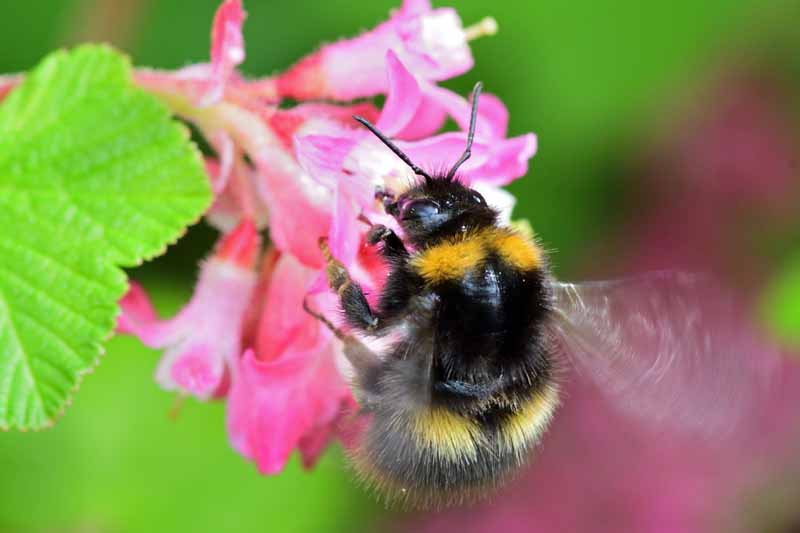 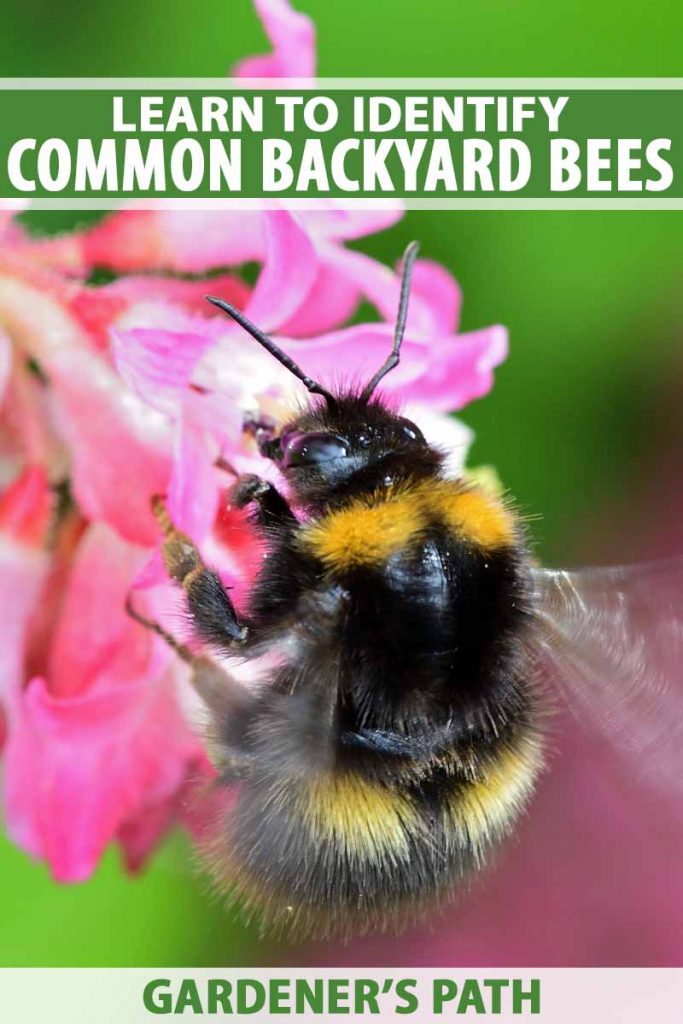 Are you confused about the many types of bees that visit your lawn and garden, or maybe even concerned that some might be nesting in your home?

Sure, they all buzz around and collect pollen.

But many species look alike and are easy to get mixed up.

Some, like the carpenters, can become pests, drilling holes in wooden building materials to make nests. But they’re often confused with bumblebees, who don’t nest in wood or become problematic – unless they’re protecting their nest.

Others misidentify the wood-burrowing types with ground-tunneling ones, but these pose no threat to hearth and home either.

Some are solitary nesters while others are social. Some may sting, but many more are stingless and docile.

All act as significant pollinators for our crops, flowers, and trees.

And some of our native species now even face the risk of extinction.

So, before acting to rid your premises of bees, take a few moments to learn how to tell the most common species apart.

Most are harmless to humans and their homes, and it’s far more beneficial to your local and global ecosystems to leave them in peace – they have important work to do!

Here’s what we’re looking at:

With over 4,000 species, native North American bees can be found anywhere that flowers bloom.

Unlike honeybees, which were imported by European settlers in the 1620s, most native species are socially solitary, nest in underground chambers, and produce no honey. But, there are always exceptions!

A key player in most ecosystems, they have a vital role in pollinating all blossoming plants, from food crops to wildflowers. And they’re particularly adapted for the reproduction of native plants, such as blueberries, cranberries, squash, and tomatoes.

Flying from flower to flower, they collect loose pollen on their body fur, cover their legs with it (creating what are referred to as “pollen pants”), or groom it into pollen baskets on their legs or tummies.

A naturally abundant source of protein, the collected pollen is used as a food source for the larvae that are growing in brood chambers.

The nectar the adults sip provides a high-octane fuel, and mothers will often collect enough to mix in with their stash of pollen to form “loaves” to lay their eggs on.

Most species are short lived, lasting only one season – just long enough to mate, nest, and lay eggs.

Bumblebees belong to the Apidae family in the genus Bombus, and North America is home to approximately 50 species – most folks will be familiar with at least some of them.

Ranging in size from 3/4 to 1 1/2 inches, they’re covered with short, spiky hair, are mostly black in coloring, and typically have stripes of orange, white, or yellow.

Male drones are stingless but queens and female workers can sting, although they’re usually non-aggressive. Females will sting when provoked to defend their nest, and queens usually only sting other queens.

Ground nesters, Bombus species often nest in an existing ground cavity such as an abandoned rodent burrow. Others simply make a nest on top of the ground and loosely cover it with thatch and vegetative debris.

Once a site has been chosen, the queen constructs a few wax pots that she tops up with honey, to sip from while she tends her eggs. She also constructs a larger pot that gets stocked with a mixture of pollen and nectar. She lays her first brood of about six eggs on top of this mix – these will grow to be the sterile female workers.

Once the first batch has grown, she spends the remainder of her time laying more eggs while the workers tend to housekeeping chores and collect pollen.

Workers are usually smaller than the queen. This is why you rarely see the really big buzz-bombs after spring – they’re at home, laying eggs.

Females born after the first brood are not sterile and mate soon after emerging from the nest, adding more workers and drones. The colony grows quickly over the summer, with as many as two hundred workers, although a number closer to one hundred is the norm.

All the female workers, male drones, and the old queen die by summer’s end; the only survivors are the new generation of queens. Before winter, the new queens mate before finding a safe, sheltered spot to sleep away the cold weather.

However, our native bumblebees are under siege. According to the Xerces Society, more than one-quarter of all species face a significant risk level of extinction. Nests should be left undisturbed whenever possible.

Carpenters belong to the genus Xylocopa with seven species found in Canada and the US.

They measure approximately 1/2 to 1 inch in length with mostly black wings and bodies, plus stripes of yellow or orange. Some males have a white facial patch. There are also species with iridescent wings, and brightly colored body hair of blue or green.

Because of their similarity in size and coloring to large bumblebees, the two species are often confused.

The easiest way to visually distinguish between them is by looking at their abdomens. Bumblebees have abdomens covered with dense, short hair while carpenter abdomens are bare and may have a metallic sheen to them.

Known for their docile nature, males are stingless, but like to hover near intruders. Females will sting, but only when roughly handled or aggressively provoked.

A solitary species, a single female does all the work of nest construction, plus collecting pollen and nectar for her eggs.

Their preferred nesting site is old, bare wood. The female rasps an entrance hole, then constructs a series of connecting chambers, or galleries, where she will lay a single egg atop a loaf of nectar and pollen.

As each egg is laid, she encloses it with a partition of chewed wood pulp, and then creates another pollen loaf for the next egg. These will take about seven weeks to hatch.

At summer’s end, the new adults will provision a suitable nest with pollen and sleep through winter until spring, when the cycle begins again.

In North America, several families of ground nesting bees are found in the order Hymenoptera, including Agapostemon, Andrena, Colletes, Halictus, and Lasioglossum.

Small to medium in size, these species typically measure between 1/4 to 3/4 inch in length and include the common Colletes inaequalis as well as sweat bees from the Halictidae family, miners in the Andrena family, and diggers in the subfamily Apidae.

Like many other species, they have variations in appearance with brown or black wings, black bodies, and stripes of orange, tan, yellow, or white. And some may have hairless or hairy abdomens, metallic brass, green, or blue bodies, or iridescent wings.

Non-aggressive, only the females are able to sting, though they will rarely do so and only when handled roughly.

These species of ground-nesters are socially solitary and like to dig into dry soil – not wood – to create nest sites.

Each female finds a suitable south-facing site (often bare patches in the lawn or garden), then diligently burrows an entrance and a series of brood tunnels.

She mounds the freshly dug soil around her entrance and stockpiles the nursery with pollen and nectar for her offspring. C. inaequalis even lines her nest with a cellophane-like secretion, providing a waterproof barrier that also helps to keep eggs safe from fungal disease.

Although they’re solitary nesters, many will congregate and build nests close to family members. Nests are easily identified by their conical mounds of dirt, with a circular 1/4- to 1/2-inch entrance that only permits a solitary flier to enter or exit.

They mate, nest, and lay eggs for only six to eight weeks before dying, while the late-season eggs safely develop in underground nurseries to emerge the following spring.

Backyard bees have several predators that help to keep populations in check:

Insects will also hunt them, such as the crab spider, Musomania vatia, plus dragonflies, robber flies, and wasps.

Mammals and rodents such as bears, field mice, foxes, minks, shrews, skunks, and weasels will all consume flying adults and nest contents.

Now that you can confidently identify some of your backyard bees, you’ll be able to tell potential pests apart from the purely beneficial ones.

Remember that carpenter bees have a bare abdomen whereas bumblebees are hairy, and ground nesters aren’t the same ones that burrow into wood. All are important pollinators.

Do you have any problems with or questions about backyard bees? Drop us a line in the comments below. And if you are having issues with wood nesting bees, check out our article on how to prevent them from attacking your home – it offers some easy tips to keep them at bay.

A writer, artist, and entrepreneur, Lorna is also a long-time gardener who got hooked on organic and natural gardening methods at an early age. These days, her vegetable garden is smaller to make room for decorative landscapes filled with color, fragrance, art, and hidden treasures. Cultivating and designing the ideal garden spot is one of her favorite activities – especially for gathering with family and friends for good times and good food (straight from the garden, of course)!
More Posts
Subscribe
57 Comments
Oldest
Newest Most Voted
Inline Feedbacks
View all comments 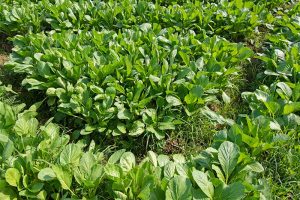 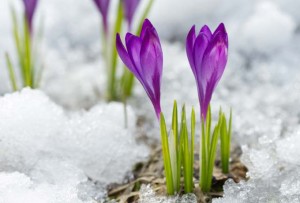