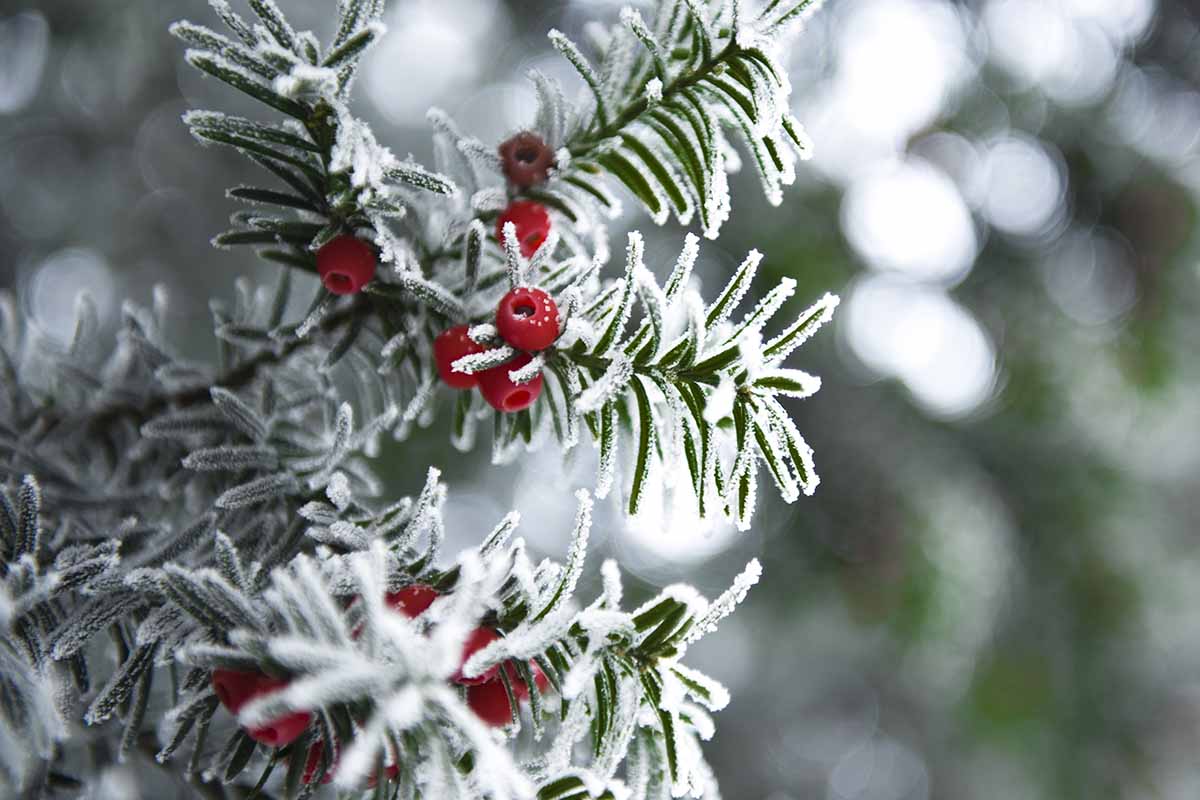 Winter can be a challenging time for fauna and flora alike.

In the animal kingdom, critters such as moose and weasels can have a hard time finding food, while creatures such as myself can hardly say no to multiple helpings of warm soups and stews.

In the botanical world, many plants often face danger at the hands of Old Man Winter… even evergreen ones, like the yew.

Species of Taxus are pretty tolerant of the cold in general, with some that are hardy all the way north as far as USDA Zone 2.

But every yew has its limit when the mercury drops, and when that level is reached, plants often suffer injury in the form of browned foliage, sun-bleached needles, and broken-off branches.

Despite any wintertime tendency among gardeners to while away the coldest time of year lounging indoors in cozy pajamas, you don’t have to take this damage lying down.

With some knowledge regarding the causes of winter damage and how it manifests, you can remedy any afflicted plants in your landscape – and even learn to prevent problems from the get-go.

But in order for that to happen, you’ll need a guide. A wise, wrinkled, Yoda-esque guru would be nice, but here in the digital age with readers all over, this article will have to do.

But hey – at least this guide won’t use garbled syntax and backwards sentences… much.

Read on, you should.

Before we dive into a bunch of Taxus talk, a primer on how to grow yews would be helpful, whether as a refresher or as a first-time introduction to the plant.

You can find our handy-dandy yew-growing guide here. We’ll wait…

Oh, back so soon? Let’s begin!

If it’s too cold for your Taxus, then all the proper care in the world won’t do squat for the plant.

If your yew is planted in an area with climatic conditions that reach beyond its hardiness, then the water within the foliage will freeze and expand in cold weather, damaging cells in a way that leads to desiccation and darkened foliage.

Fluctuating temperatures are another potent threat – when warm daytime temperatures alternate with subfreezing conditions at night, the unacclimated tissues will suffer similar injury.

Control any damage by pruning away injured tissues when the plant starts putting out new growth in spring, but not before.

If new needles haven’t started growing at the usual time of year, take a fingernail to the bark of the damaged branches.

Green tissue below indicates that the branch is still alive and it may recover and put on fresh needles, while a brown color means you should go ahead and prune the dead branch back to a living bud or node.

If the entire plant has browned, it won’t likely recover. Remove it from the garden and replace it with a hardier yew or another planting that is well-adapted to your local conditions instead.

Now, let’s talk about prevention in terms of this form of temperature-related wintertime injury.

First and foremost, pick a yew that’s hardy enough for its planting site. Without assuring this whenever possible, all of the following tricks are essentially useless.

Planting at the wrong time of year is another key culprit that may lead plants to struggle in the cold, as it fails to give the roots enough time to develop and become established prior to the onset of freezing temperatures.

Ideal times for transplanting include early spring just before bud break, and late summer just before the arrival of fall.

Pruning later in the year, beyond the recommended times in spring and early summer, can encourage new growth that doesn’t have enough time to harden off before the annual return of chilly temperatures.

Thus, late summer and fall pruning are both no-nos.

It’s also important to avoid late summer or fall fertilization, since fertilizing so late in the year encourages new growth that won’t have time to harden off before the cold strikes.

Winterburn is what happens when you combine harsh winter exposure with an inability to draw up water from frozen winter soil.

Foliage that’s exposed to sun and wind loses a lot of moisture, and without access to liquid H2O, these needles dry up, turn brown, and can even become bleached.

Risk factors for winterburn include delayed dormancy due to warm fall temperatures, especially harsh winds, and having shallow and/or poorly-developed root systems.

For damage control, prune away winterburned and necrotic structures in mid-spring once new foliage has been produced.

If the entirety of the plant is damaged, dig it up and start anew, either in a different location or with a new, hardier plant that’s suited to the planting area.

To prevent problems in the future, don’t plant yews in extremely sunny or windy spots.

A partially shaded location in a courtyard protected from wind on the northeastern or eastern side of a structure would be the perfect planting site.

Additionally, following the above-mentioned steps in properly timing your planting, pruning, and fertilizing is essential for winterburn protection as well.

Applying two to four inches of a loose mulch such as wood chips or shredded bark around the root zone before the onset of winter will help to insulate the soil.

Make sure to spread it out to the drip line of your yews while also keeping it three inches away from the trunk. Ensure that your plants are properly hydrated before the soil freezes.

Windbreaks set around any breeze-buffeted plants will help to reduce wind damage.

Four- to five-foot stakes – connected with mesh, canvas, or safety fencing – kept at least two feet away from the plants’ drip lines should work.

Other sturdy and hardy plants may also serve as windbreaks. You’ll obviously want to place these barriers on the sides of your plants that are exposed to the wind.

Besides the cold injury that snow and ice can inflict, their physical mass can do a number on a yew’s branches. When piles of snow or layers of ice become too heavy for a branch – CRACK!

Even if the branch doesn’t snap, the weight of snow and ice can bend a Taxus out of shape, rendering it an unaesthetic mess.

When the snow is really coming down hard, you might have to put down your hot cocoa, head outside, and brush any collected snow off of the tops of your yews every four to five hours.

A broom can help to target any out-of-reach spots, but don’t be a hero and try to set up a stepladder in the middle of a blizzard or anything.

This only works for snow, though – ice can’t be brushed off.

Prevention and damage control are both carried out with pruning.

Before the arrival of winter in an appropriate season for pruning, removing any weak branches from your Taxus will ensure that the rest of the plant that remains is tough enough to withstand any winter weight.

After winter passes, you’ll want to remove any broken or hanging branches for the sake of its health and ornamental aesthetics.

For severely damaged or misshapen specimens, you might want to recruit the aid of a professional arborist for help in getting the plant back into ship-shape condition.

Come wintertime, deer start running out of plants to eat. Although they will usually leave yews alone the rest of the time, deer aren’t above feeding on a Taxus during the dormant season.

While previously thought to be immune to yew poisoning, deer can actually be harmed by consuming Taxus taxanes.

Applying deer repellent to at-risk plants and putting up deer fencing are both wise choices for controlling these critters and keeping them away. 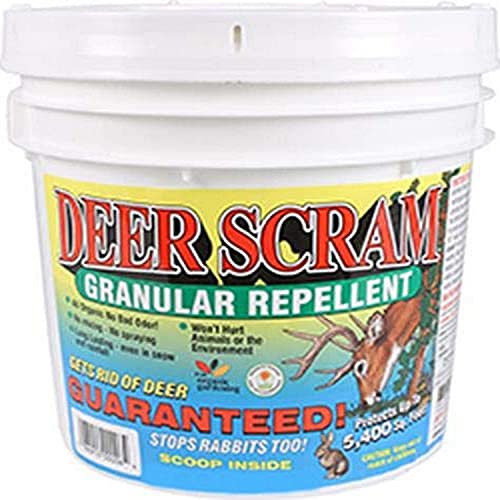 Deer Scram granular deer repellent is available in six-pound tubs from Enviro Pro on Amazon, while our DIY deer fencing guide will school you in the fine art of building Bambi barricades.

What if your Taxus manages to survive all of that, only to suffer damage from sodium chloride? Now that’s salt in the wound, right there.

If I recall my days of de-icing pavements as a youth correctly, we would spread salt with extreme prejudice. And sometimes, in our zeal for preventing slip and fall liability, some salt can end up near plants in the landscape.

In yews, salts reduce root uptake of essential minerals and cause symptoms such as desiccation, leaf browning, and branch dieback.

To prevent salt damage, always exercise caution in how you apply said salt.

Alternatively, you can use coarse sand for added traction, or de-icing products such as calcium chloride and calcium magnesium acetate instead of sodium chloride… a bit more expensive, but definitely safer to use around plants. 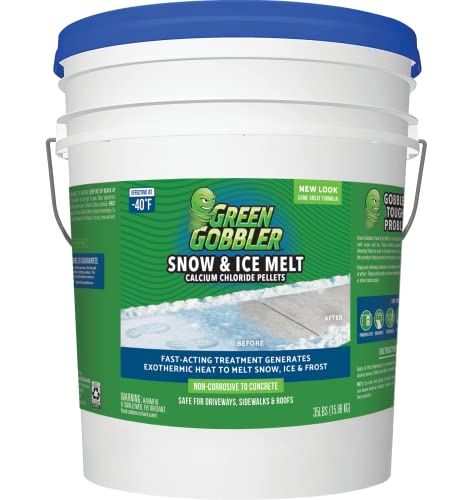 For such products, Green Gobbler offers concrete-safe calcium chloride on Amazon, a place where you can also find 30-pound bags of calcium magnesium acetate available for purchase.

If your yew is positioned beside a road or sidewalk, hanging up burlap in between nearby stakes works as a physical barrier that prevents any splashed salts from hitting the plant or the surrounding soil.

A burlap barrier also comes in handy for preventing other forms of yew damage such as deer or sapsucker feeding and harsh winds, in case you need even more motivation.

For any inadvertently salted specimens, irrigating thoroughly will help reduce salt levels in the soil, and it may even serve to flush out the salts altogether in well-draining soils.

Beating the Cold: It Never Gets Old

Avoiding frostbite, finally recovering from the common cold, saving a yew from winter damage… all of these wintertime accomplishments can be extremely satisfying.

Enjoy keeping your Taxus evergreen! Any mistakes you make can serve as a valuable lesson for the future, so don’t be afraid of errors. Embrace that “growth” mindset!

Questions, remarks, insights of your own to share? All of that and more can go into the comments section below.

And for further evergreen shrub knowledge, have a gander at some more guides that we’ve whipped up: 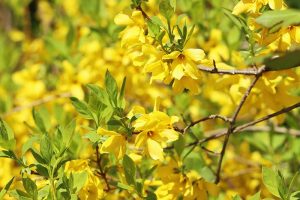 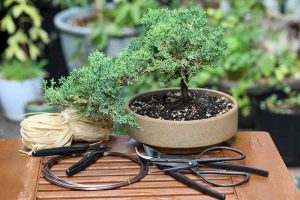 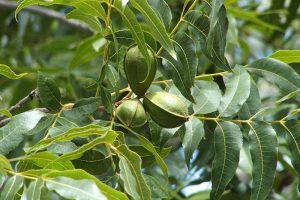 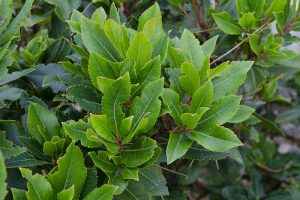