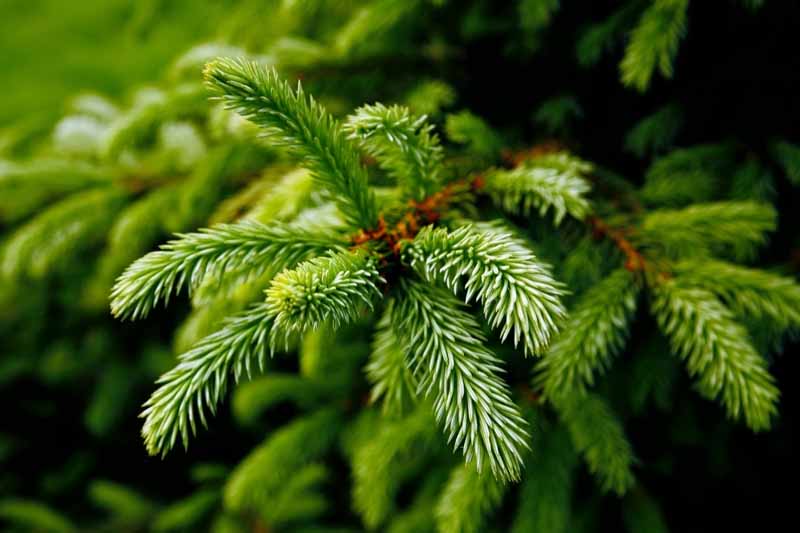 One of my earliest memories involves planting a spruce tree.

He was on the search for a tree to plant in the front yard, and after a bit of hunting he found the one he wanted. Carefully digging it up from the ground, he placed it in the bed of the truck.

Excited me looked through the rear window at that tree, and I said, “Cool pine tree!”

From that point on, I became enthralled with identifying trees and plants – especially with noting the differences between pine, spruce, and fir trees.

The secret to becoming the equivalent of a human dichotomous key for conifer identification isn’t much of a secret.

Like almost everything else in life, learning the difference between pine, spruce, and fir requires an investment of time and energy.

Luckily, this is one of the fastest lessons you can learn, and it pays back in surplus.

In this article you can expect to see some pictures paired with descriptions and an organized approach examining the nuggets of information.

You’ll learn the steps to conifer identification in order of most to least helpful. Lastly, there will be a brief look at other conifers that are not pine, spruce, or fir.

The First Step: Let’s Narrow It Down to the Needles

Without doubt, the most important information to identify whether a tree is pine, spruce, or fir is observed in the needles.

This is the most helpful and beneficial tool to add to your repertoire, and that’s why it’s first!

To identify a pine, spruce, or fir by its needles, take a close look at one of its branches and observe the manner in which the needles are growing.

These needles are especially unique among this trio of trees.

So, let’s say you’re stuck in the field and are trying to identify what type of tree you are looking at.

The easiest way to figure that out is to observe the needles; only pine tree needles grow in clusters. At the very least, you can deduce whether a tree is pine or… something else. Not a bad start!

The Second Step: Cones and Branches Further the Study

Although less definitive for identifying these three conifers, examining the cones and branches of a tree offers more helpful hints. 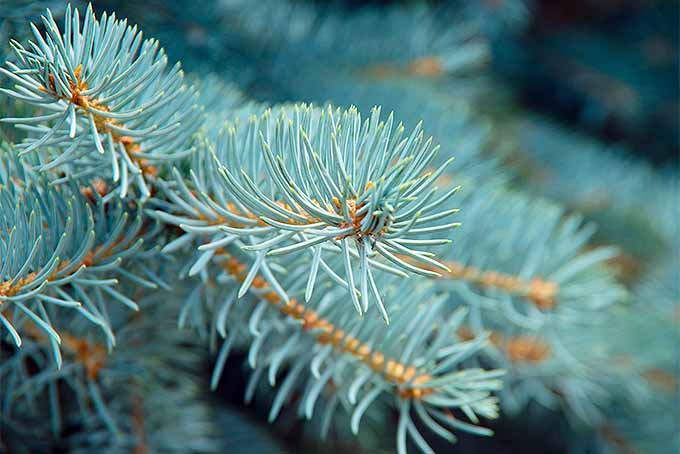 That last point is an easily identifiable feature of fir trees, one that’s excellent to keep in mind!

Although the branches of these three conifer trees do not possess instantly identifiable characteristics, their cones can aid more definitively in identification.

Here’s another piece to the puzzle: examining the bark and overall appearance of a healthy tree is an excellent addition to our identification key. 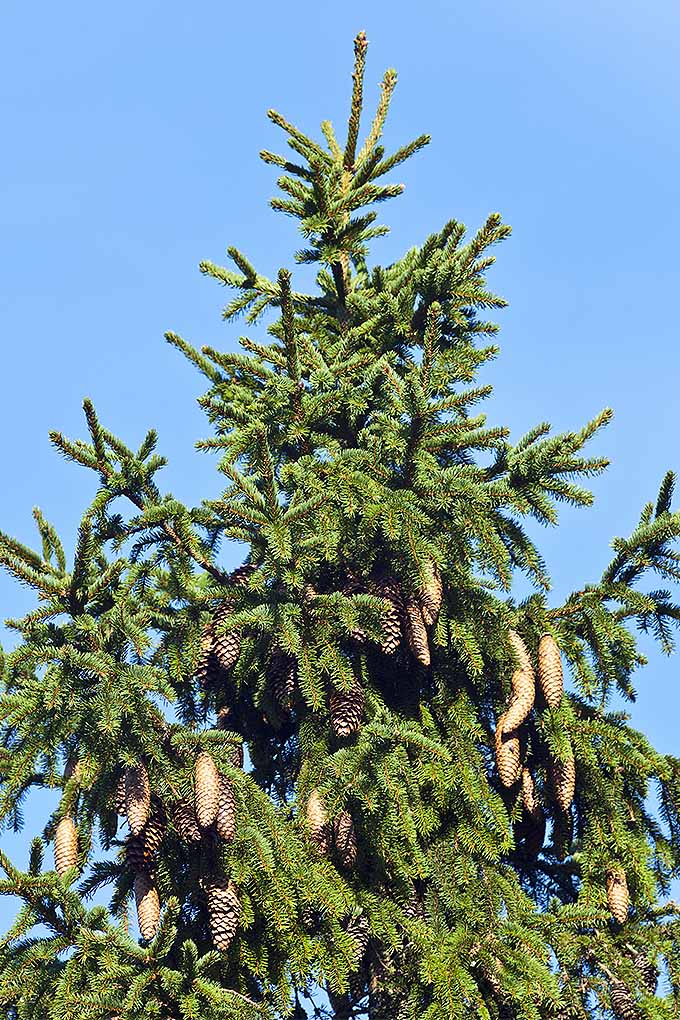 It’s difficult to identify these trees based on the characteristics of bark and growth habit alone, but these features can be beneficial in further identifying a tree.

Which One Do I Want in My Landscape?

A question often ignored by identification keys pertains to why a tree is, or should be, growing in a certain area.

It can also lend aid towards identifying what tree you are examining, based off of the conditions and the location where it is growing. 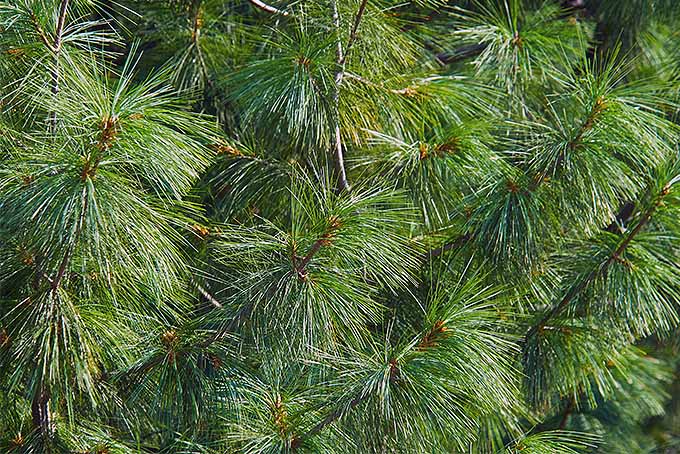 When I was growing up in Northeastern Pennsylvania, a line of spruce trees designated an intentionally planted buffer against windblown snowdrifts.

I find it wild to consider that very few of the guides I’ve examined give any attention to trees that look like they could be a pine, spruce, or fir, but are actually something else entirely.

If the tree you’re identifying doesn’t fit as a pine, spruce, or fir, it is probably one of these! 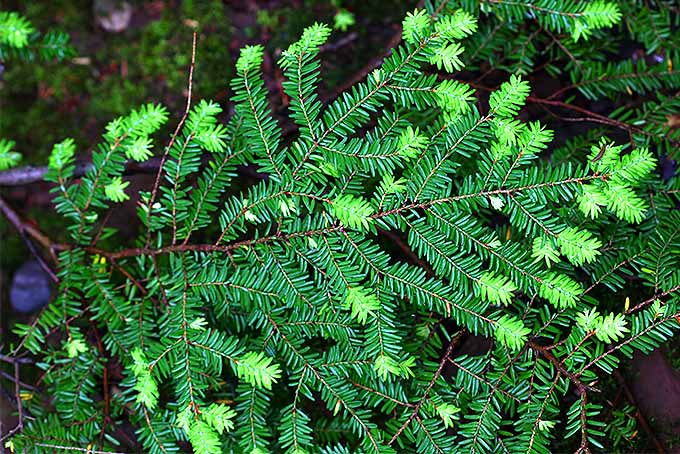 Hemlock trees have needles uniquely attached to the stem. It is similar to the stalk-like woody projections of a spruce but much finer.

Also, the needles of a hemlock are flattened.

More easily identified because yew tends to form small shrubs, yews could be mistaken as fir tree because of their flat needles.

Unlike the fir, the yew needle is usually sharply pointed, with no white lines beneath it.

Read more about growing and caring for yew trees here.

Cypress and arborvitae tend to develop flat, scaled needles and have rather flexible branches. Junipers have short, spiky needles.

Needles tend to be fern-like and have a strong scent when rolled between your fingers.

The needles are similar to those of pine trees, except they are much shorter.

It’s also important to keep in mind with this particular type of conifer that naming conventions for plants can be confusing. I’m still in the habit of referencing plants by their common name, but the only way to be truly accurate with the variety of plants out there is to use their Latin, or botanical, name.

All true cedars are in the family Pinaceae and are of Old World origin, in the genus Cedrus.

In the New World, early settlers discovered trees with the same properties of cedar (rot resistance and a pleasant smell) and decided that, hey, these trees must be cedars, too. However, all New World trees we commonly call “cedar” are of the family Cupressaceae, often referred to as cypress.

We’re familiar with trees like Alaskan cedar and western red cedar, but they are cedars in name only. It’s a convention we see all over the place; tulip poplars aren’t poplar trees and Douglas fir are not true firs.

There we have it! Identifying pine, spruce, and fir trees can be a tricky business, but with a handy identification key like this at your disposal, it shouldn’t be too much of a challenge.

Bookmark this page and visit it whenever you have a tree to identify.

And take this open invitation to send us pictures of any conifers you have difficulty identifying, in the comments section below.

Simply click on the camera icon below the comment box and you can upload up to three photos at a time (up to 6 megabytes each).

In addition to your photo, please let us know what region you are in, whether the tree is in the wild or in your own backyard, and please give us as much detail about the tree as possible, such as how long the needles are.

I’ll get back to you as soon as possible with an answer!

Matt Suwak was reared by the bear and the bobcat and the coyote of rural Pennsylvania. This upbringing keeps him permanently affixed to the outdoors where most of his personal time is invested in gardening, bird watching, and hiking. He presently resides in Philadelphia and works under the sun as a landscaper and gardener, and by moonlight as a writer. An incessant questioning of “Why?” affords him countless opportunities to ponder the (in)significance of the great and the small. He considers folksy adages priceless treasures and is fueled almost entirely by beer and hot sauce.
More Posts
Subscribe
367 Comments
Oldest
Newest Most Voted
Inline Feedbacks
View all comments 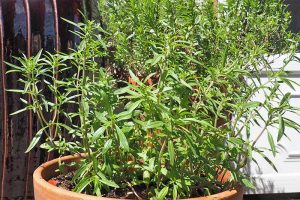 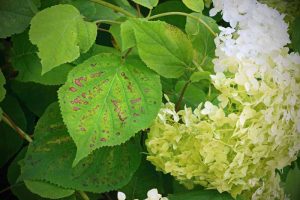