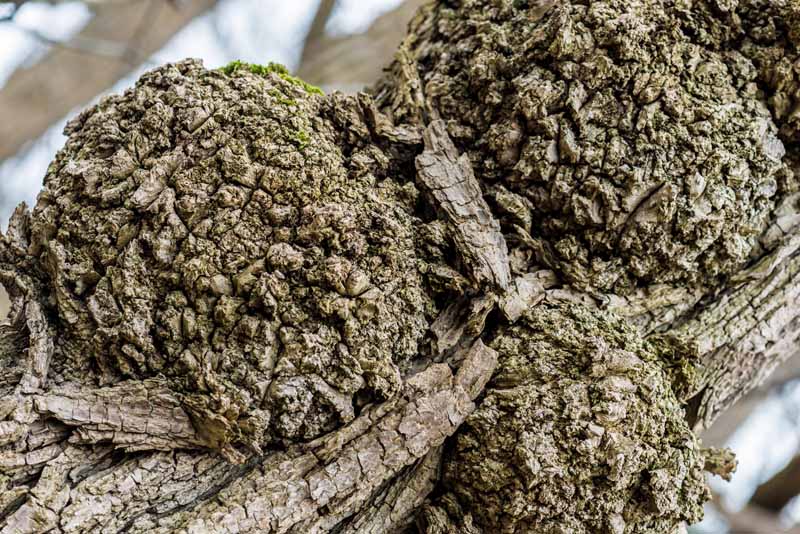 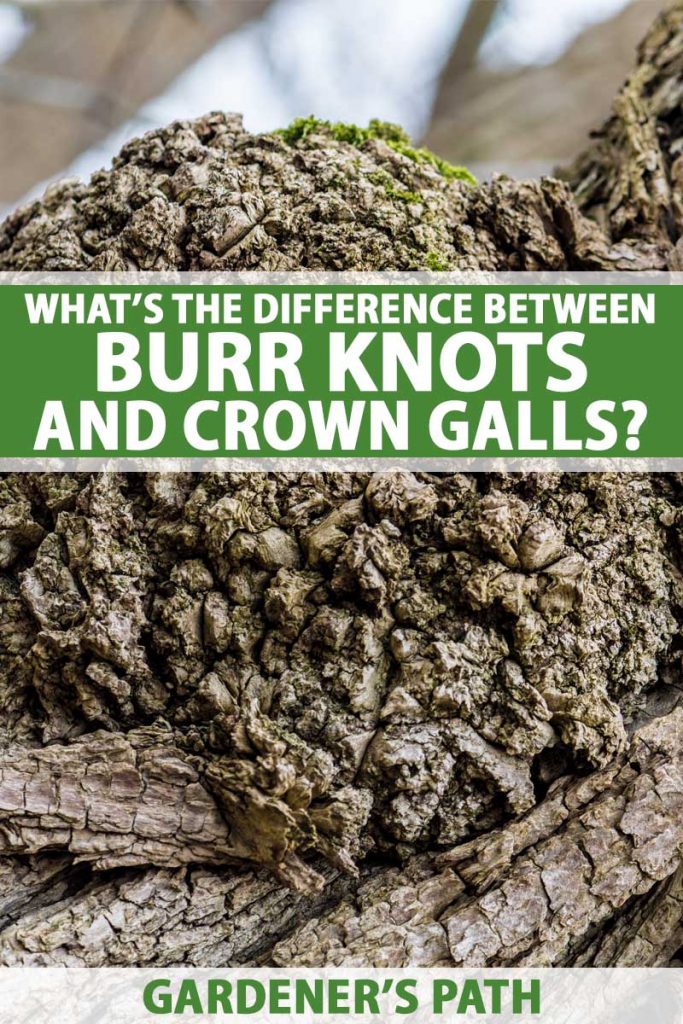 Does your fruit, nut, or shade tree have weird growths on its trunk or limbs?

There are two main reasons for this. One is that they are burr knots or burls. Your tree is confused and growing root tissue on its limbs.

The other reason is due to a bacterial infection that causes tumors to be produced. The disease is called crown gall and could mean the death of your tree.

Read on to find out how to distinguish the two and what to do if the trunk or limbs are disfigured in this manner.

While these growths may look like tumors, they are actually due to small root initials. Burr knots are typically found on the rootstock, but some scion cultivars can develop them on the limbs.

During the first year of growth, this tissue can grow in shady portions. High humidity and moderate to warm temperatures favor the growth of root initials.

They can break through the epidermis during the second year of growth. As the tree matures, they keep growing and form increasingly large knots.

Burr knots can cause several problems. First, they are prone to breakage under a large crop of fruit or nuts, under an ice or snow load, or when a windstorm strikes.

Second, if several burr knots grow together, they can stunt growth by limiting the phloem. If this happens, less sugar is transported to the area impacted by the knots. This part of the tree will fail to thrive.

And most frighteningly, they provide a way for insects and pathogens to enter the woody vegetation and fester inside of it. Many fruit trees, for example, can be infected by woolly apple aphids, dogwood borers, and plum borers.

And if that isn’t bad enough, fire blight or fungi that rot wood can enter through the burr knots and then spread throughout the vegetation.

If burrs do develop, you can cut them out if there are only a few of them. There is also a product called Gallex that you can paint on the knots. At least some of them will form a callus and heal.

Your best bet is to try to prevent them from forming in the first place. When you plant, make sure that the graft union is just above the soil and remains there after it has settled.

You should do everything you can to keep the trunk dry. This includes keeping vegetation from growing under the canopy during the growing season. Also, avoid using tree guards.

You can recognize when the growths are due to crown galls because they look like overgrown warts. The galls range in size from one half inch to more than one foot in diameter. They start out light-colored and then turn dark as the galls harden.

These growths are literally tumors. They are caused by bacteria in the soil called Agrobacterium tumefaciens. These bacteria inject their DNA of the plant in the form of plasmids in a natural form of genetic engineering.

Hormones made by the bacterial DNA causing the uncontrolled growth that will become the galls. When this phenomenon was first discovered, scientists studied them thinking that they might provide clues for the growth of human cancers. They did not.

These galls limit the flow of water and nutrients. The vegetation responds with reduced growth and symptoms of decline.

How to Avoid Crown Gall

It is hard to avoid these bacteria. They are common in nurseries and infect a tremendous variety of plants, so they are found in many soils.

Thousands of species of plants are vulnerable, but particularly susceptible are members of the rose family (Rosaceae), which besides roses, includes fruit trees such as apples and crabapples, pears, peaches, plums, nectarines, apricots, cherries, pecans, and quince.

Various nut and shade trees, woody shrubs and vines, and many flowering perennials are also at high risk.

In this case, an ounce of prevention is worth a pound of cure. 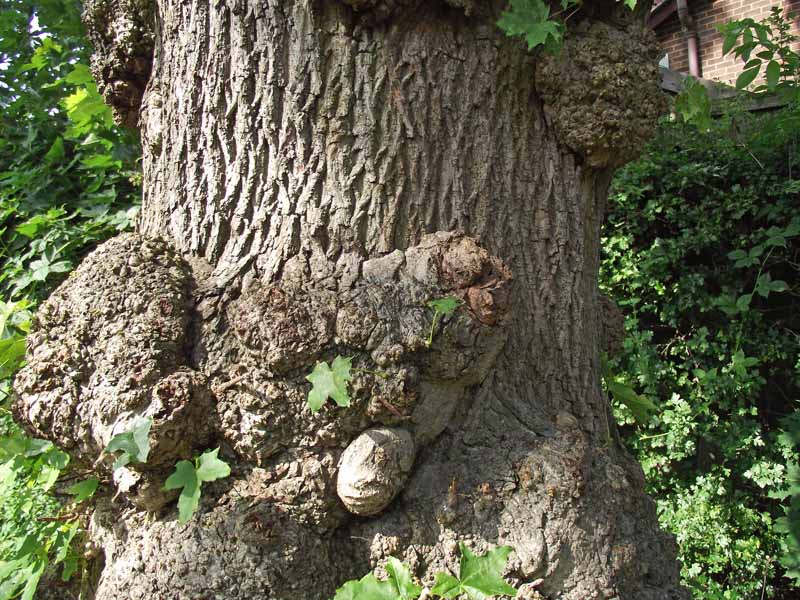 The bacteria can enter through wounds, so be careful when you cultivate around the crown and the surface roots.

Any injury can provide a point of entry – pruning, frost injury, and growth cracks. Try and control insects that feed on the roots, too, since insect damage can provide another way for the bacteria to infect vegetation.

An infected plant may die. You might be able to slow down this process by painting the galls above the ground with paint that contains antibiotics.

Gallex can inhibit the additional development of galls. Remove the soil from around the galls and make the sure the area is dry before you use this compound.

In many plants, you can often prevent infection during planting by dipping the crown and roots in a solution of closely related bacteria, Agrobacterium rhizogenes, which will outcompete Agrobacterium tumefaciens. However, that strategy often does not work unless the numbers of bacteria in the soil are really low.

If you do have to remove your tree, dig up the stump and roots and burn them. You should wait a few years to plant any susceptible species in that area. Growing a rotation of grass for several years may help to cleanse the soil.

In addition to looking unsightly, both burr knots and crown galls can seriously damage.

In the case of burr knots, much of the damage is secondary. Insects and pathogens may gain the foothold they need to devastate not only the woody portions, but also the leaves and young green growth. Crown gall can kill outright, although you may be able to limit the damage. Gallex is always an option in both cases. 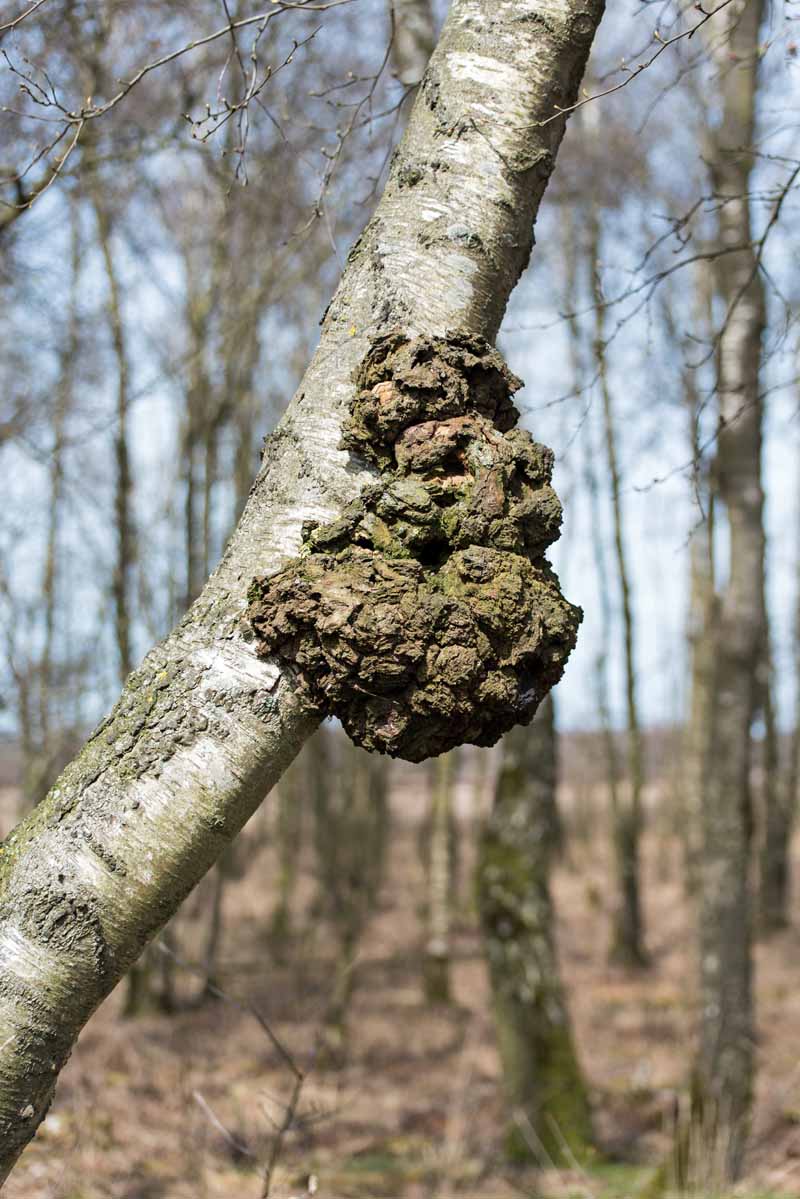 Prevention is your best bet to keep your tree safe from these growths. Keeping the graft union above the soil is critical to preventing the formation of burr knots. With crown gall, try your best to avoid introducing wounds.

Have you been able to save trees afflicted with burr knots or crown gall? Let us know your experience in the comments below.

And read on to learn more about other types of tree disorders and diseases:

One of Helga George’s greatest childhood joys was reading about rare and greenhouse plants that would not grow in Delaware. Now that she lives near Santa Barbara, California, she is delighted that many of these grow right outside! Fascinated by the childhood discovery that plants make chemicals to defend themselves, Helga embarked on further academic study and obtained two degrees, studying plant diseases as a plant pathology major. She holds a BS in agriculture from Cornell University, and an MS from the University of Massachusetts Amherst. Helga then returned to Cornell to obtain a PhD, studying one of the model systems of plant defense. She transitioned to full-time writing in 2009.
More Posts
Subscribe
20 Comments
Oldest
Newest Most Voted
Inline Feedbacks
View all comments 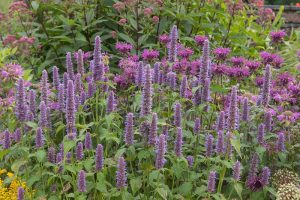 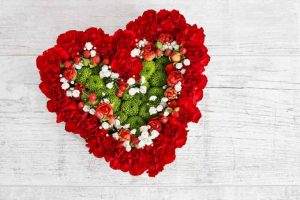