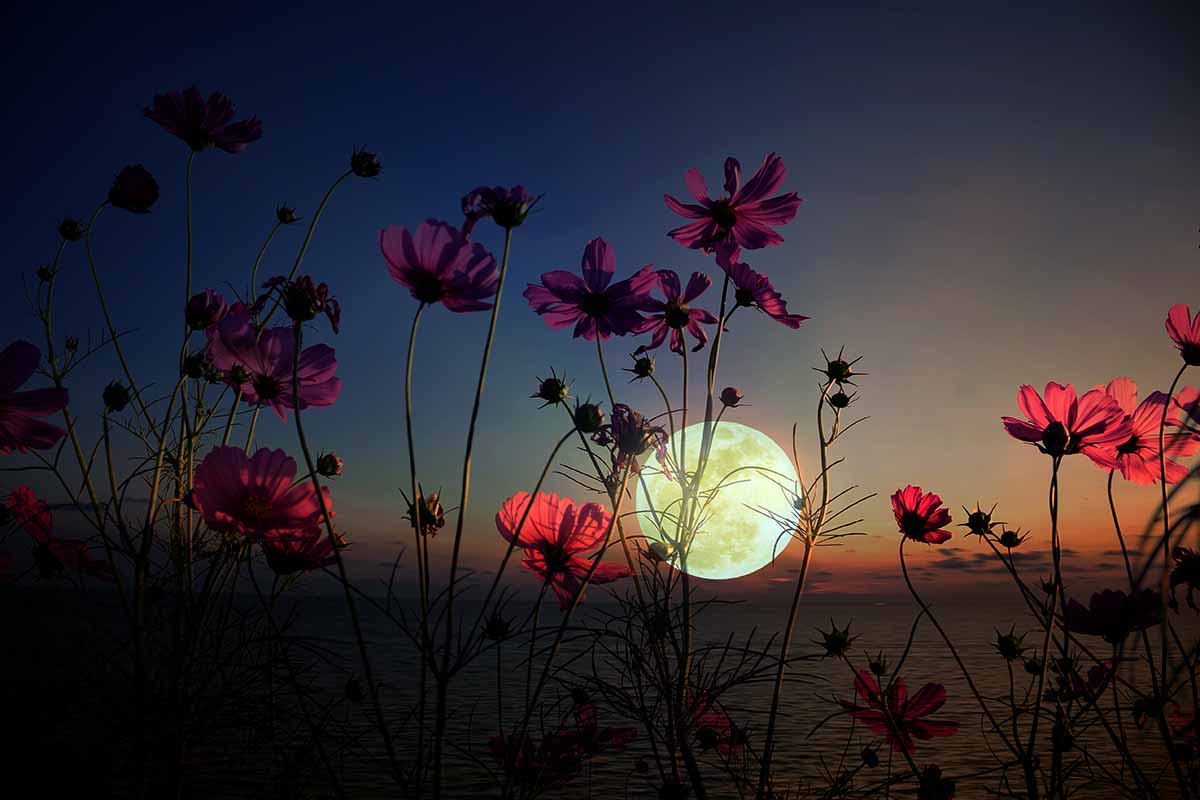 The idea of gardening with the moon is an ancient one. People have been doing it for as long as we’ve kept records about gardening.

Websites offer advice on which part of the lunar cycle will help your veggies grow big and juicy. Or they may guide you to which astrological phase has the most influence on the flowering of your bushes.

But just because we’ve done something for a long time, that doesn’t make it necessarily useful.

If you’ve found yourself asking if there is any truth to the idea of moon phase gardening, welcome. We’ve wondered the same thing and so we went searching for answers.

We’ll look at what the science says and doesn’t say about the idea. Here’s what you can expect coming up:

While there’s nothing wrong with continuing a tradition like planting by the lunar phases, even if it hasn’t been validated by science, it’s always nice to know what the research has to say.

So let’s jump in and start separating fact from fiction.

Planting by the moon is the idea that the Earth’s largest satellite has the ability to improve or harm your growing plants.

The lunar calendar is divided into 28-day cycles and proponents say that planting during a particular period of the lunar cycle can help maximize your plants’ health and harvest.

The idea is that, say, if you plant seeds during the full moon, the gravitational pull is stronger and so there will be more water being pulled to the surface of the Earth and thus available to the seeds.

Perhaps the reason that planting by the lunar phases endures is that the practice has been around for a long, long time. It’s hard to break with tradition, even if there is no merit to the practice.

The Roman natural philosopher Pliny the Elder repeatedly referred to gardening by the lunar phases in his book “The Natural History.”

“The dracunculus I have referred to is dug up when the barley is ripening and the moon is crescent,” he writes, for instance.

He also wrote that the Celts would harvest mistletoe on the fifth day of the new moon.

Ancient Celts, Mayans, Native American people, and many others practiced some form of lunar gardening. We must call it the harvest moon for a reason, right?

On top of our long history of watching the moon to take cues about gardening, there’s the fact that humans, animals, and plants have natural circadian rhythms, so it clearly has some sort of influence on us.

The question is whether it has enough of an influence to warrant harvesting and planting at certain times during the lunar cycle.

The Moon’s Influence on Water

One of the major elements that people point to is the moon’s influence on the water on and in the Earth.

Proponents of lunar phase gardening say that the moon draws water up higher in the soil (just as it influences the tides) during certain times of the month. This supposedly makes water more available to plants.

“The earth is in a large gravitational field, which is influenced by the moon and the sun. The moon pulls the tides and likewise has an effect on the soil water, causing it to rise and become available to plants,” The Vancouver Sun reported in 2014.

But in reality, scientists say that it doesn’t have all that large of an influence on water outside of the ocean.

It has a massive impact on the ocean because there is a great deal of water volume in one place. But in Lake Superior, which is the third-largest freshwater lake on the planet, the tidal influence is only two centimeters.

If we translate that to the water in the soil, which is separated by the organic and non-organic material that makes up the surface of the planet, it’s unlikely that the moon is causing a large enough rise in water levels to impact plant growth.

The moon doesn’t have much of an influence on the liquid in our bodies, either. This is partially because there are so many other factors acting on our bodies that we don’t notice the lunar influence.

That’s also part of the reason that we don’t see much impact from it on smaller water bodies. There are other influences at play that have a bigger impact, such as rivers flowing in and out of lakes.

If it did, the sap would travel up and down each day, which would have a negative impact on the plant. We would also see wilting as the water flowed up and down in concert with the lunar cycle.

Similarly, we would be feeling the impact of its push and pull on the liquid in our bodies if it had such a large impact on plants.

The bottom line is that the moon likely doesn’t have much of an influence on the groundwater available to plants or the water inside the plants themselves. But that doesn’t mean it has no impact at all on them.

The Moon’s Influence on Plants

Okay, so the moon likely doesn’t have all that large of an influence on smaller bodies of water or water in soil. Does that mean that it has absolutely no impact on anything but oceans and really big lakes? Not at all!

The moon also influences gravity, which tells roots to grow down rather than up.

It also appears that it might cause the foliage on some plants to rise and fall, similar to the movement of the tides. We have no idea why this might be so, but it could be that the moon is causing the water in the plant to shift.

Some phytoplankton require moonlight for photosynthesis, though obviously this isn’t a plant in the average garden. Still, this shows that it can and does influence certain plants or certain elements of plant life.

Even more promising is the idea that moonlight (or lack of it) can alter seed germination.

Scientists at the USDA Agricultural Research Service found that certain weed species had lower germination rates when the soil was tilled at night during the time of low moonlight. The researchers believe that the lack of light influences seed germination.

There needs to be a lot more research to figure out what is happening when it comes to lunar cycles and plants. But it could open up a whole new world of inquiry into the field of moon phase gardening.

To Garden By Lunar Cycles or Not?

It’s likely that the moon has more impact on life on Earth and specifically in our gardens than we realize, but science just hasn’t been able to prove that gardening with the phases of the lunar cycle has any merit.

Having said that, this practice isn’t exactly popular in modern science, so it hasn’t received much attention or research.

There is certainly much more to discover.

Still, the information that we have so far seems to point to the idea that the practice isn’t exactly based on good science. If you find that planting during a certain phase of the lunar cycle works for you, go for it!

There’s certainly no harm in the process unless it prevents you from planting or harvesting during the appropriate window. But if you like to stick to scientifically-proven practices, then don’t worry about what’s going on with the moon when you garden.

You can, however, take advantage of a full moon to stay up late gardening in all the extra light. That’s why we call it a harvest moon, because it provides bright light by which to extend the harvest hours.

Do you practice moon phase gardening? Have you found that it influences your crops? Tell us about it in the comments section below!

If you’re curious to learn about some other common garden myths out there, we have some excellent articles that can shed some light on the subject, including: 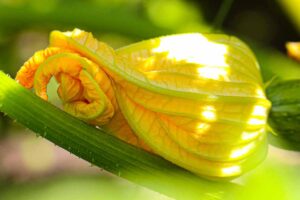 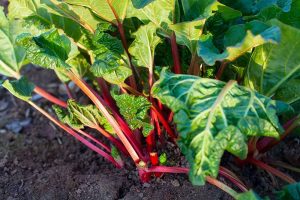 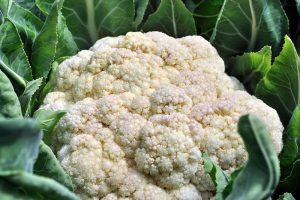 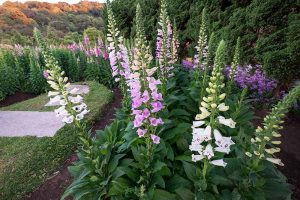 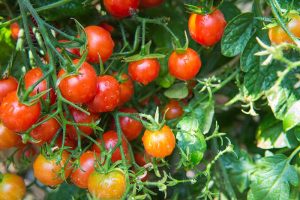