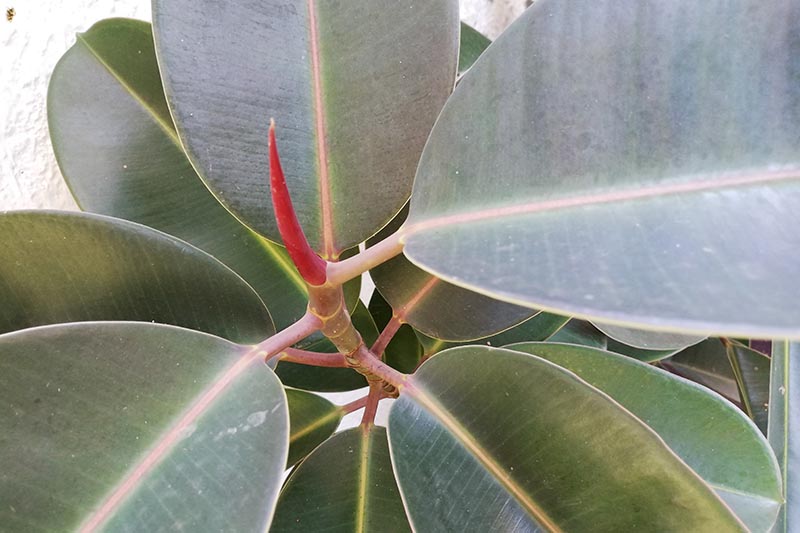 Is that a flower bud on my rubber tree?

I understand why you’re here, because not so long ago, I found myself asking the same question.

Everyone on the planet who owns one of these houseplants seemingly asks this at some point, particularly if they are not familiar with the growing habits of plants in the ficus, or fig family.

Usually, this development occurs in the spring or summer, when the plants are actively growing.

You’ve probably observed what appears to be a spike, wrapped in a shocking, scarlet red sheath, growing from the end of one or more branches.

It’s firm, tightly closed, and getting larger every day. What else could it be, besides a maturing bud?

So… does a rubber tree bloom? Let’s find out.

The answer here is yes, and no…

The rubber tree is a member of the Moraceae family that belongs to the Ficus genus, a group of over 900 species. And it is an angiosperm, or flowering plant, that produces seeds enclosed within a fruit.

Those of us who love to grow flowers typically think of colorful, many-petaled, and showy blooms, often with an enticing scent. But you won’t find these on a ficus.

In its native environment – humid, tropical forests in Southeast Asia – this epiphyte can sprawl out over one hundred feet, or sometimes more.

Its general structure as well as its history are intriguing, but even more interesting is just how different its growth habits are when it’s grown as a houseplant rather than outdoors, in its natural habitat, and how much it varies in outward appearance from other angiosperms.

I was certainly guilty of being woefully unaware of the details myself, before I sought out more information.

In a tropical, outdoor setting, mature rubber trees may complete all parts of their natural life cycle, including reproduction. Flowers may in fact form throughout the spring and summer, although they may bloom through other seasons as well in the warmest climates.

But don’t get excited yet, because unfortunately, the blooms don’t come from inside those red sheaths.

Even though the flowers of this species are often described as insignificant, lacking color, and being unextraordinary overall, the fact is that you won’t be able to see them at all – unless you were to cut open one of the fruit-like receptacles that contains them.

Seeing these is exceedingly rare among indoor gardeners, and the manner in which they’re pollinated is unusual and fascinating.

The tiny green flowers Ficus elastica produces line the walls of the synconia or immature caprifigs, inedible fruits less than half an inch across that form on the branches in the spring and summer.

A tiny species of wasp, Platyscapa clavigera (formerly classified as Blastophaga clavigera), coevolved with these plants. It crawls inside the synconia through an osteole, or a pore that is designed to allow access for pollination.

An enticing scent and showy flowers aren’t required for Ficus elastica to attract this pollinator, and plants grown outside the rubber tree’s native range won’t be pollinated if they do produce synconia, a sort of inverted inflorescence that contains the tiny male and female flowers, and resembles immature fruit.

After the eggs hatch, the insects that emerge then mate inside the fruit. Females make their exit, carrying pollen with them to the next synconia, while the males are broken down by ficin, an enzyme produced by latex-containing plants like figs.

Though the tiny yellow caprifigs produced in the wild by F. elastica are not tasty to eat, except for certain animals, and most of the figs cultivated in the US for fresh eating do not require pollination by tiny specialized wasps, this process has been known to give vegans pause before consuming this particular type of fruit.

Now, I can hear many of you squealing with joy over this. Who wouldn’t want to witness an unexpectedly magical mating ritual taking place around and within one of their favorite plants? I hate to burst your bubble, but again – not so fast.

Unfortunately, it’s very rare that an indoor plant, or even a rubber tree cultivated outdoors, will complete the reproductive part of its life cycle at all in its lifetime.

More than likely, it will continue to grow indefinitely without ever producing synconia. These reproductive processes occur in mature trees growing in the wild.

Even if they do begin the process of producing caprifigs, the wasps that coevolved along with them to pollinate the tiny flowers live only in their native range, in parts of Asia.

What Are These Colorful Sheaths?

Rather than being indicative of flowers to come, that capsule of shocking red – or sometimes deep pink or orange, in case of the ‘Doescheri’ or ‘Tineke’ cultivars, for example – is indicative of the formation of new leaves.

That might seem less exciting now that you’ve gotten all of this new information, but I personally think congratulations are in order for keeping your houseplant healthy and happy enough to produce new leaves!

As the leaf inside the strikingly colorful protective sheath grows, it will eventually emerge and open, revealing new foliage that displays the color and pattern of the particular cultivar you’re growing.

What Happens Once the New Leaf Unfurls?

Once the leaf has fully opened, the red exterior may darken slightly, and eventually, it’ll fall off.

Be sure to water your plant consistently during this time, to keep it healthy and support it while it is actively growing.

You may also want to provide some fertilizer, such as Dr. Earth’s Organic and Natural Palm, Tropical, and Hibiscus Fertilizer (NPK 5-4-6), which is available at Walmart in one-pound packages.

Be sure to follow the package directions for application.

For complete information on growing and caring for rubber tree plants indoors, read our guide.

Perhaps it’s not the answer that you wanted, and honestly, I’d also love it if the red sheaths were buds that opened into big, beautiful blooms.

But this is still good news, as you’ve nurtured your plant well enough to produce new growth!

If you’ve found a red sheath on your plant, I’d wager a guess that you took some pictures. We’d love to see them in the comments section below, especially if you have before and after photos to share, to show off the new leaf that unfurled! Feel free to share any questions as well.

And if you’re looking for other houseplants that do produce striking blooms, check out these titles next for options to consider:

Kelly Spicer became a single parent at a young age, and learned very quickly how scary food insecurity can be. As a result, she began self-teaching to learn how to grow food, which led to a passion for providing for others in need. Currently, Kelly is coordinating a plan to produce a tropical homestead in south Florida that will provide homegrown food to families in need, and teach them to grow their own. She is working her way toward certification as a master gardener, and building a lifelong love of nature with her kids.
More Posts 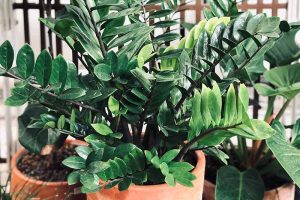 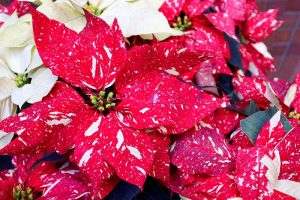 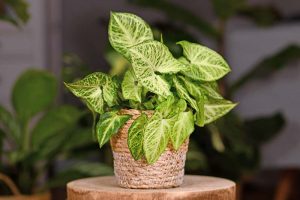 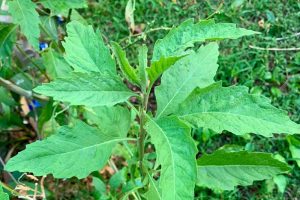 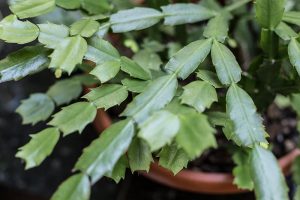