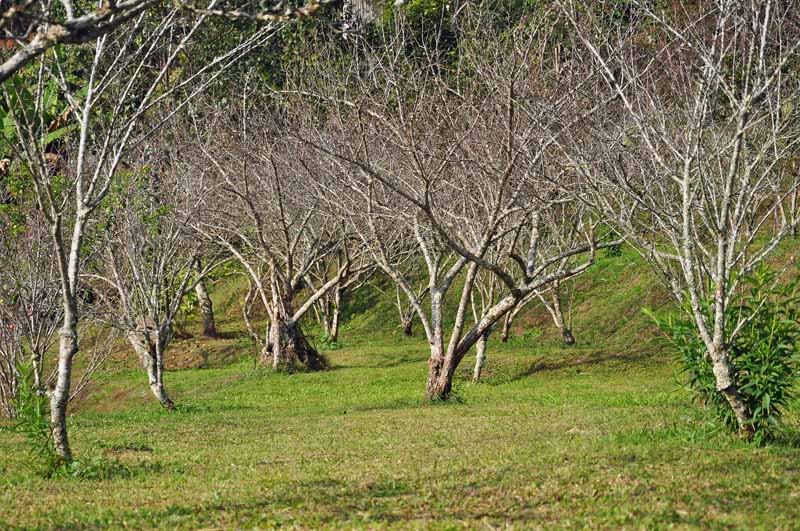 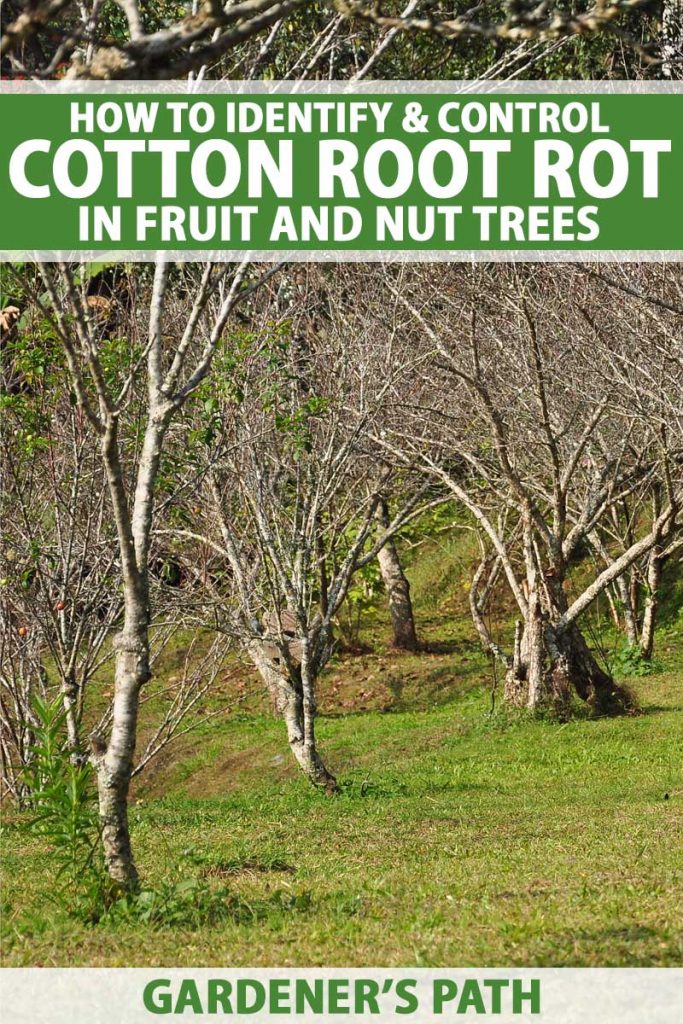 Cotton root rot, also known as Texas root rot and by its scientific name Phymatotricum root rot, is caused by the the soil-borne fungus Phymatotrichum omnivorum and is responsbile for serious and usually fatal root rots on more than 2,300 species of plants.

Fortunately for most Americans, the fungus only occurs in highly specific types of soils:

Therefore, Phymatotrichum omnivorum is limited to the southwest US and Mexico and parts of the south central US.

However, it does a world of damage in those areas and is extremely difficult to control.

One of the features that make it such a dreadful disease is that there is no specificity for a particular plant. This means that an infected cotton root can spread the fungus to the roots of an fruit or nut tree.

We at Gardener’s Path will help you to diagnose the disease and share strategies that have worked to control the root rot in some cases.

What to Look For

You are most likely to see symptoms from June through September when the soil gets hot and the air in the canopy exceeds 104 F.

The first sign you have this disease will look like water stress. The leaves on your tree may die. The upper leaves die first, followed by the lower ones.

However, the leaves will remain attached to the plant, even after turning brown.

By the time the trees have started wilting, their roots are infected.

If you look at the surface of the decayed roots, they may have a covering of fuzzy tan-colored mold. You can easily peel the bark off, and that will show a reddish-brown stain on the white woody tissue.

One unique feature of this disease is something that only happens after the plants have died. White spore mats may form on the soil surface near these plants. They will turn tan before they disappear a few days later (without spreading any disease).

The Fungus Lurks in the Soil for Years

Cotton root can survive in the soil almost indefinitely. It does this by producing tiny resting structures called sclerotia.

These seed-like structures have been found as far as 12 feet deep in the soil.

When temperatures are favorable when the soil gets hot, these sclerotia germinate and can infect plants.

Another way in which plants can get infected is when an infected root from one plant touches an uninfected root – forming a passageway for the fungus.

Unfortunately, the fungus often survives on the roots of native vegetation like mesquite that help spread cotton root rot.

Cotton root rot is one of the most difficult plant diseases to control.

While they are several techniques that can help reduce the severity and occurrence of this fungus, experts don’t consider any of them to be highly effective.

Dramatically Cut Back Your Tree

If you catch the disease before the root rot has spread far, you can cut back the top growth of the plant by one-half and then keep the tree moist for several weeks. 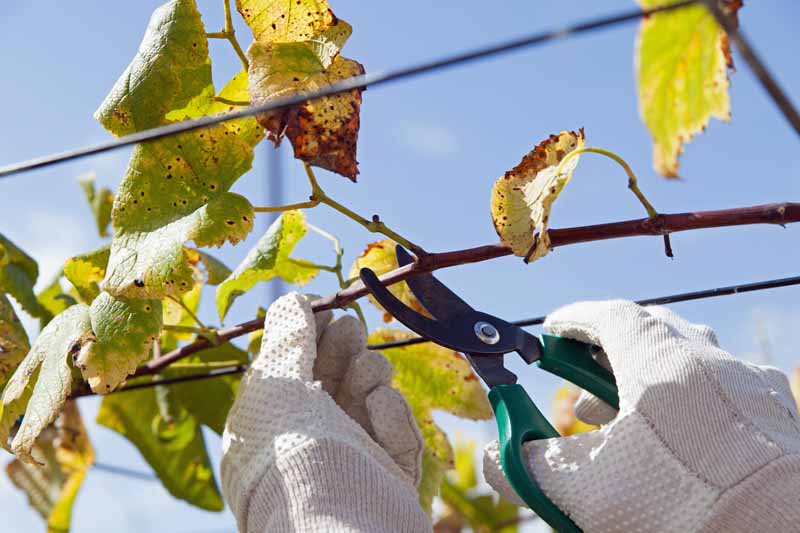 This reduces the stress on the roots and can save your tree.

Treat the Soil with Manure, Ammonium Sulfate, and Sulfur

This technique has worked in some cases and not others. The idea is to change the degree of alkalinity of the soil.

First, form a ridge of soil around each plant at the drip line. Then cover the entire basin with cow manure two inches deep. Other types of organic matter can also be used.

The add ammonium sulfate and sulfur at a rate of 1 pound per 10 square feet for each compound.

Next flood the soil with enough water to soak the soil at least 3 feet deep.

For this technique to be successful, you will have to do it every year. If you do not, the soil will return to its alkaline state – and the fungus will return.

Add Organic Matter to the Soil

Directly adding organic matter to the soil and incorporating green manure are thought to increase the numbers of soil microbes that either inhibit or compete with the fungus. 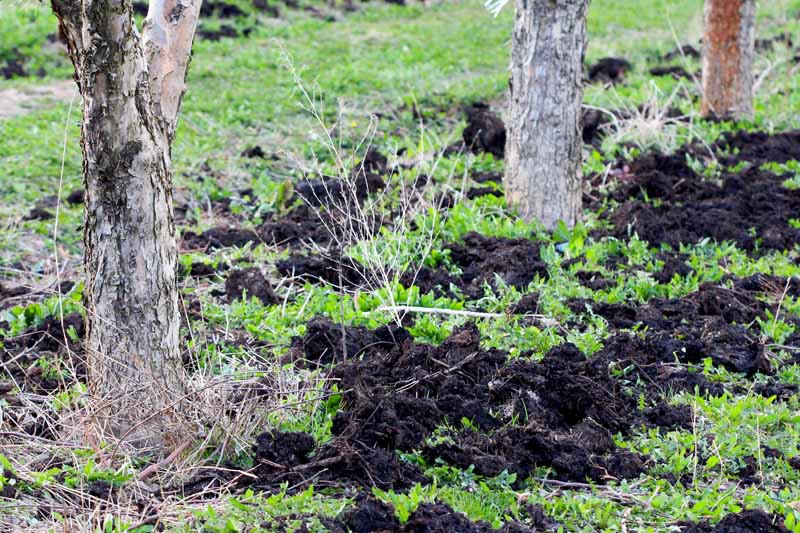 There is some evidence that as the green manure decomposes, it releases chemicals that inhibit the fungus.

Another reason this practice helps to rein in the disease is that the tree will grow roots more vigorously in such rich soil. This will help it to resist the fungal onslaught.

Use a Moldboard Plow

Plowing 6-8 inches deep has helped to reduce the amount of disease. The current thinking is that this practice helps to reduce the formation of sclerotia in the upper soil layer.

Hopefully you will never encounter this frightful fungus, but if you do, these strategies may help to minimize the disease if you catch it early enough.

What to Do if You Lose the Battle

If you have lost your tree, you should reconsider what you want to plant in the soil, since it is likely to stay infested for a long time.

Monocots (grasses) are usually resistant to Texas root rot, so your best bet will be to plant some other type of plant in its place.

Have you lost a fruit or nut tree to cotton root rot? Were you able to save one? Either way, let us know in the comments, so we can learn from your experience.

One of Helga George’s greatest childhood joys was reading about rare and greenhouse plants that would not grow in Delaware. Now that she lives near Santa Barbara, California, she is delighted that many of these grow right outside! Fascinated by the childhood discovery that plants make chemicals to defend themselves, Helga embarked on further academic study and obtained two degrees, studying plant diseases as a plant pathology major. She holds a BS in agriculture from Cornell University, and an MS from the University of Massachusetts Amherst. Helga then returned to Cornell to obtain a PhD, studying one of the model systems of plant defense. She transitioned to full-time writing in 2009.
More Posts
Subscribe
6 Comments
Oldest
Newest Most Voted
Inline Feedbacks
View all comments 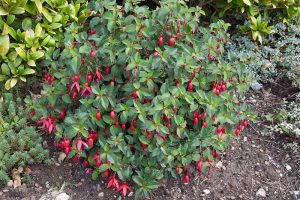 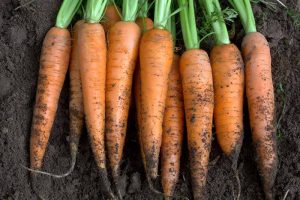