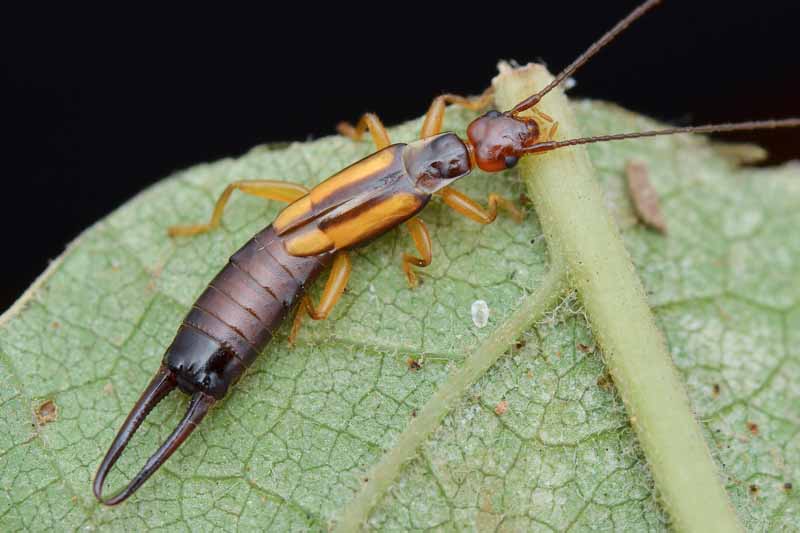 My siblings and I called them pincher bugs, and they were the only creepy crawlies I feared as a kid. To be honest, I still get squeamish when I find them hiding under the lids of my beehives.

As omnivores that will happily scavenge and snack on leaves, fruits, and other insects, earwigs can be both beneficial insects, and garden pests.

While preying on insect larvae, slug eggs, and aphids, and eating decaying organic matter, they also chew holes in seedlings, lettuce, berries, stone fruits, and flowers including dahlias and zinnias.

What’s a gardener to do?

Learn how to control them in your garden in this guide.

The order Dermaptera, or “skin wings,” includes about 2,000 species of earwigs which are found worldwide.

About 22 of these live in the US, and the common or European earwig (Forficula auricularia) is likely the species you’ll find hiding in your garden. It will be the focus of this article.

The ringlegged earwig (Euborellia annulipes) is also widespread throughout North America, and it’s most common in the southern states. These don’t have wings, are more of a red color than the European species, and have yellow legs.

The tawny, shore, or striped earwig (Labidura riparia) is common in tropical to subtemperate regions and has a light tan color with two dark stripes down the pronotum (prothorax plate). It rarely feeds on plants, preferring to prey on other insects instead.

Of all of them, this species has the greatest potential as a beneficial insect, and is being studied for use as a biological control agent.

As if the bugs themselves weren’t creepy enough, the name earwig means “ear creature” or “ear wiggler,” originating from the belief that they crawl into the ears of sleeping people.

While this is not true, and they also do not tunnel into the brain, as some believe, the name has stuck.

For several years after that there were only a few individual reports of earwig pest activity, until they became very numerous in Seattle, Washington in 1915.

From there the insect’s range spread, becoming established in Vancouver by 1919. Since then, it has become a very successful North American inhabitant.

Earwigs are one of the most well-known garden insects: everyone knows what they look like, and most people aren’t very fond of them.

The body is tough, flat, and a shiny red brown, with short leathery wings.

The large pincers at the end of the body complete the look, and are the distinguishing feature of these insects.

The male’s cerci (forceps) are large and curved, while the females have a smaller and more straight pair. The forceps are primarily used for grasping during mating and fending off predators, which is why they’ll open wide and wave them at you if you startle them.

The eggs, found in clutches in the soil, are about one millimeter in diameter and change from a pearl white to brown as they mature.

The nymphs look like smaller versions of the adults, about quarter to half an inch long, and have pale gray to light brown bodies.

Earwigs mate in the fall and overwinter together in nests in the ground.

In the spring, after forcing the males out of her nest, the female lays a cluster of 30 to 50 eggs. She is very maternal, which is rare in the insect world. She guards and cleans the nest, constantly turning the eggs and keeping them fungus free.

It takes about a week for the eggs to hatch, which usually happens in late May to early June. The female may lay a second batch of eggs if there are enough food resources available.

Once hatched, she feeds her young by regurgitating collected food, much like a bird, until they emerge from the nest as second or third instar nymphs.

The nymphs go through four instars (immature stages), molting the outer cuticle (body shell) between each instar. Second and third instar nymphs emerge from the nest to search for food for themselves.

Earwigs rarely fly. They spend the daylight hours hiding in cool, dark, and moist spaces, only coming out at dusk to hunt or feed.

A pheromone in their feces helps them find each other, and you will often find them aggregated together in groups.

Decaying organic matter makes up the biggest part of their diet, but they do feed on insects, tender shoots, leaves, blossoms, and fruits as well.

Simply noticing earwigs in your garden is not enough to warrant breaking out the chemicals. Sometimes they can be beneficial in the garden, whether they are breaking down decaying material or preying on pest insects.

Monitor your plants for damage. Often, the irregular holes earwigs chew out of leaves looks like slug, rabbit, or cutworm damage, so check for slime trails and do some night scouting with a flashlight to catch the perpetrator in action.

To monitor the earwig situation in your garden, stuff a terra cotta pot with newspaper or moistened straw and place it upside down on a stake or branch.

Alternatively, some growers make rolls of cardboard to hang in targeted trees. Take the pots or cardboard rolls down and shake out into a pail during the day to see how many are hiding inside.

Of all the garden plants, earwigs prefer to nibble on and seek shelter in heads of lettuce and cauliflower; eat corn silk; chew holes in strawberry, blackberry, and raspberry leaves; and gouge deep holes in stone fruits.

Organic control methods include treatment with products labelled for use in organic operations, and other methods of control besides insecticides.

These include cultural, physical, and biological controls, which are all part of a good integrated pest management (IPM) strategy. Read more about IPM and how to use it in your garden here.

Keep your garden clean by removing plant debris, decaying material, and damaged fruits, since earwigs love to hide in and feed on dead or dying plant matter.

Cultivate the garden in the spring to disturb them, and expose their eggs to light and dry conditions.

Try starting seedlings as early as possible so they can recover from any damage emerging nymphs and adults may do.

Physically removing them from your garden can be a very effective way of reducing damage, and these methods are safe for beneficial insects, pets, and yourself! You can achieve this by trapping them or barring them from entry.

Trapping can be effective since they like to hide during the day and aggregate together. You can make simple, effective traps at home, or purchase traps from Home Depot.

Alternatively, cut pencil-width holes in the lid of a used plastic container, such as a small cream cheese tub. Fill halfway with fish oil or vegetable oil, and set around affected plants. You may add soy sauce in with the oil as well, as it adds an extra scent to attract the earwigs. They will drown in the liquid.

Alternatively, try wetting a section of newspaper, rolling it into a tube, and setting it out near the plants just before dark. Shake into a bucket of soapy water in the morning.

You can also catch them on their way up to damage your trees by wrapping some sticky tape, such as duct tape, around the trunks 12 inches or higher from the ground with the sticky side out. This will trap them when they crawl up at dusk. Be sure to replace it regularly.

There are few natural predators of earwigs, since they will emit a nasty smell when attacked, but birds, toads, snakes, and some ground beetles will eat a few.

The tachinid fly Bigonicheta spinipennis will parasitize earwigs, and in wet climates certain fungi such as Erynia forficulae and Metarhizium anisopliae will infect them and provide varying levels of control.

Unfortunately, there are no biological options available for purchase.

Using a combination of cinnamon essential oil and garlic, Gargoil Insect, Mite, and Disease Control is labelled for earwig control and is available at Arbico Organics.

Pyrethrin and spinosad-based products will also provide control, and are also available at Arbico Organics, such as this Monterey Take Down Garden Spray and Monterey Garden Insect Spray.

Note that pyrethrin will also kill bees and other beneficials, and spinosad is safe for some beneficials but is toxic to bees, so avoid spraying during pollination activities and only if absolutely necessary.

Nighttime sprays, when these insects are active and accessible, tend to be more effective than daytime applications.

Diatomaceous earth products can be effective against these crawling insects. Apply around the base of affected plants and where you know they like to hide.

Use a product such as Perma-Guard Crawling Insect Control from Arbico Organics or Safer Brand Diatomaceous Earth from Home Depot.

It is rare to need to resort to chemical pesticides for an infestation of earwigs in a garden setting, thanks to the variety of organic control methods available!

If needed, however, chemical pesticides that may be used include carbamates such as carbaryl (Sevin), which is available at Home Depot, organophosphates like chlorpyrifos or diazinon, neonicotinoids such as imidacloprid, and sodium channel blockers like indoxacarb.

Even though we were told as kids that we’d only be pinched by earwigs if they felt threatened, my siblings and I still had an irrational fear of those large gaping forceps. Based on how many people are averse to these common insects, it’s likely you feel the same way.

Knowing that they will feed on another insect I dislike, namely aphids, makes me a little more appreciative of their existence. But I’d still rather they didn’t hide out in the laundry hung out to dry, or chew on my precious flowers.

What about you: do you like or dislike earwigs? Tell me why in the comments section below!

Gardens, in all their lush, tasty glory, attract many unwanted, strange visitors. Learn how to control other creepy pests here: 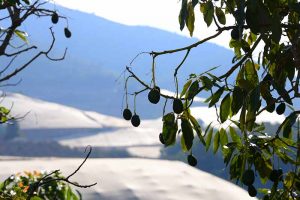 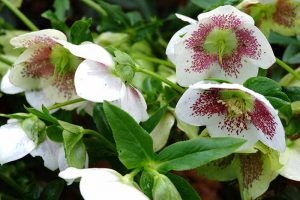