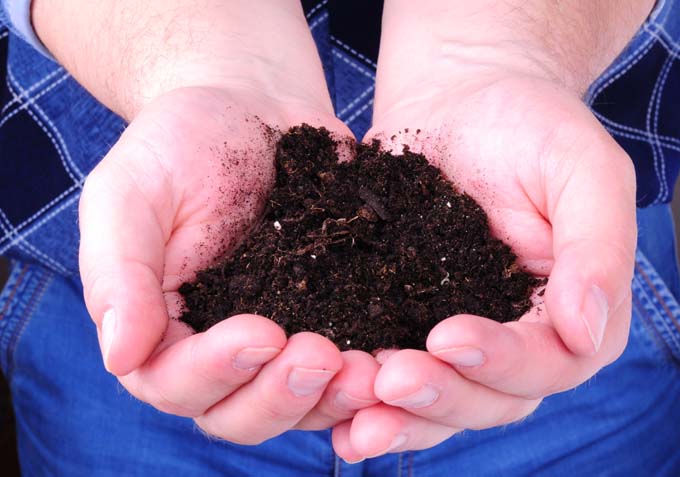 Gardeners know compost will enrich their garden soil and aid their flowers and vegetables to thrive. You can also make a tea from the material that is easy to brew and has many benefits for the garden and indoor plants.

What Is Compost Tea?

As the name implies, this is a liquid derived from ‘steeping’ or ‘brewing’ compost in water. It is nutrient-rich, especially in nitrogen and has beneficial micro-organisms in it.

The extraction can be used to drench the soil after seedlings have been transplanted into the garden. The tea aids the seedling transplant in developing a strong root system.

For this reason, it can be used to nourish seedlings in flats. The liquid can also be applied to houseplants. Plants which seem droopy or unhealthy benefit from the nutrient shot the infusion gives when fed into the soil beside them. It is a good replacement for fertilizers or pesticides which may be toxic.

The mixture restores helpful micro-organisms into the garden that were killed off by use of chemical fertilizers and pesticides. It supplements whatever has already been done to enrich the soil.

The liquid can also be sprayed directly onto the leaves of vegetable, flowering, and berry plants, as well as shrubs and trees.

When sprayed like this, the tea serves as short term protection against various diseases including potato blight, powdery and downy mildew, and fungal problems. It is not a cure for plants with already existent diseases.

If there are toxins present, the speed at which they decompose is increased when liquid is applied to the leaves. Dr. Elaine Ingham, a well-known microbial ecologist and professor at Oregon State University claimed in her article “Brewing Compost Tea” that vegetables from a garden where the mixture is applied have a better taste and greater nutritional quality.

How-to books from the late 1990’s had simplified instructions for making tea. Some claimed all the gardener needed was at least a quart of compost, a five-gallon pail, water, and some type of strainer.

Other books said the gardener should use a 55 gallon barrel, a pillowcase or cheesecloth or burlap bag filled with compost and tied off at the top, water, and a pail in which to dip out the liquid.

The gardener could purchase a brewing system like the KIS (Keep It Simple) 10 gallon composter for between $500 to $650 or the 5 gallon TeaLab Kit for around $120 (this one would be our recommendation). 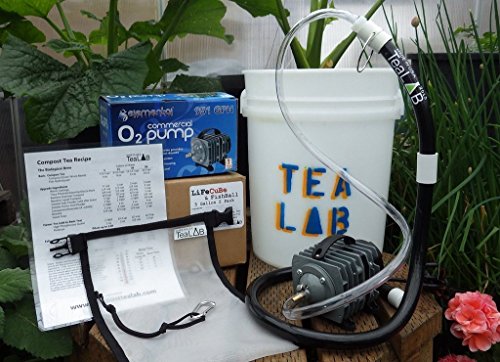 These look like a large picnic thermos (or just a bucket for the smaller systems) with a ventilated top and a spigot. They generally come with a large internal air pump, catalyst, and a screened bucket.

For a little less cash outlay, you can also consider the The Flo N Brew Compost Tea Brewer 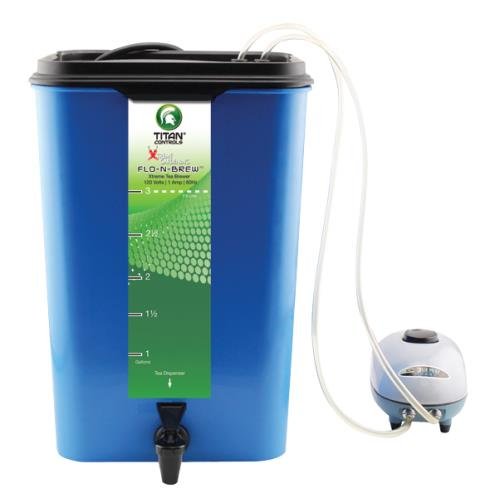 Dr. Ingham suggests the gardener can make his or her own tea brewer with the following materials:

The compost used must have heated to a sufficient degree in the pile so as to kill off the pathogens and weed seeds in it. Fruit trees and berries will require a tea made from compost with fungal micro-organisms in it while vegetables and flowers will benefit from a tea made with bacterial micro-organisms.

Any good how-to book will instruct as to what ingredients will make either kind.

The aquarium equipment (the pump, the gang valve, and the hose) is essential for keeping enough oxygen in the mixture for the micro-organisms to live and multiply.

A shortage of oxygen will kill the micro-organisms that are important for the tea to be beneficial. Hose instead of tubing should be used to provide the best aeration. 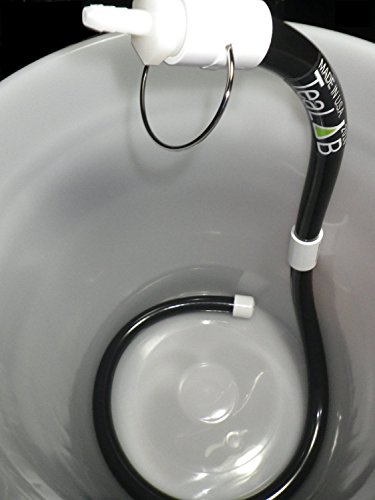 TeaLAB sells an improved aerator that you may also consider and is pictured above.

The unsulfured molasses will provide food for the thriving and reproducing bacterial micro-organisms.

If the water to be used is city water from the tap, it must be aerated for an hour to eliminate the chlorine. Chlorine kills the micro-organisms in the extraction.

Setting Up the Compost Tea Maker

2. Attach the hose pieces to the gang valve.

4. Add the compost so the three hose ends are covered.

5. Add the non-chlorinated water to the bucket.

8. Let the pump run for two or three days.

9. Every once in a while, manually stir the mixture.

10. After three days, strain the tea into the other five gallon bucket.

All of the cocktail should be used immediately. When removed from the source of oxygen, the micro-organisms will begin to die and the brew will become less effective.

A turkey baster with a rubber bulb top can be utilized to inoculate the soil around houseplants and garden plants.

The soaked compost can be dug into the soil around garden plants or put back into the pile. Using the the material once for making tea will not remove all of the micro-organisms or nutrients from it.

Dr. Ingham suggests spraying garden plants early in the morning. Seedlings should not be sprayed until they have one or more sets of true leaves.

If the garden has a good population of beneficial garden insects like ladybugs, they will carry the micro-organisms from the liquid brew from plant to plant.

The spray can be used on the garden plants on either a monthly or bimonthly basis. Roses, tomatoes, and lilacs may be sprayed every two weeks from the beginning of the growing season to the middle but not beyond.

Some older instructions will say to skip the aeration pump and just stick the composted material and water together, leave it for one or two weeks, stirring it often, and then use the resultant mixture. The current recommendations are for the use of the air pump to allow the beneficial micro-organisms to grow and reproduce.

A non-earthy foul smell means something has gone wrong in the mixture. The extraction should smell like soil with a sweet odor.

If it does not, put all of it into the compost pile and start over again. The foul-smelling brew will damage your plants if sprayed on the leaves or used for watering.

Research has shown if the starter material has any human pathogens in it as would come from blood, urine, or feces, the addition of a commercial catalyst will allow the pathogens like E. coli and salmonella to multiply. The vegetables treated with this kind of brew can cause illness.

If the gardener sprays or side dresses too often, his plants will develop symptoms showing too much nitrogen has been added. This will include: yellowing or light green, not dark and lush, foliage; retarded growth; and yellowed weak stems.

Compost tea has many benefits if prepared with the proper equipment and in the correct manner. Garden and houseplants alike love it.

University of California at Berkley – http://serc.berkeley.edu/fighting-pests-with-compost-tea-in-the-uc-botanical-garden/