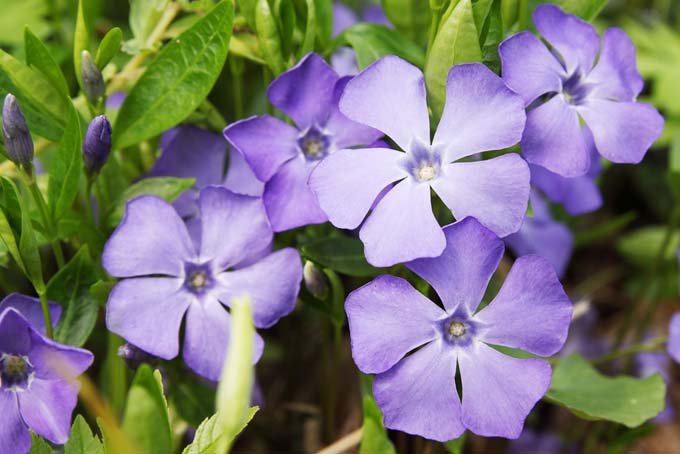 One landscaping assignment I had to tackle recently was to plant a perennial flower garden in an area that was shaded.

To further complicate the matter, this area was out by the road so the plants needed to also be salt tolerant in addition to being able to grow in the shade. I had to research what salt tolerant shade perennials I could work with.

Salt Tolerant Shade Perennials that Grow Well by the Roadside

Daylilies like to grow in full sun, but can take full shade very well, provided it is not a deep shade. Daylilies come in a wide range of colors, including yellow, range, red, pink, purple, and a light yellow that is almost white.

Daylilies are salt tolerant and flourish along the roadsides. Daylilies are also drought tolerant. Their only fault is that the deer like to eat the flower buds just before the bloom time. The height of Daylily flower stalks varies from a foot to over three feet.

Bloom time varies by cultivar and is between June and August. Some varieties can bloom earlier or rebloom in September. White, yellow, bright gold, orange, and light pink daylily varieties lighten up a shaded area well.

Red, dark pink, and purple daylily cultivars work well if the desired effect is the dark and almost dreary garden or landscape.

Astilbes bloom mostly in late June, although some newer cultivars vary more in their bloom time. Astilbes do best in part to full shade, and tolerate road salt. They range in height from a foot to two feet tall, depending on the cultivar.

The foliage somewhat resembles a fern in its texture and appearance, and the flower spikes add a unique soft and graceful texture to the landscape.

After the astilbe flowers fade, they can either be cut back or left for winter interest, depending upon the taste of the individual gardener.

The salt tolerance of ferns came as a surprise to me, but I figured if a grower with fifteen years of experience in an upscale garden center recommended ferns for a roadside flowerbed, they would work.

So far, the Japanese painted ferns and ‘Lady in Red’ fern cultivar are doing very well. Come to think of it, it is common to see wild ferns growing along the road. Ferns like to be on the moist side, so they will need some water during a drought.

The hosta is a very good perennial for the shade, and it can tolerate moderate road salt. You many want to plant hostas a little bit back from the street to avoid the heavy salt directly by the roadside.

If you want to plant right next to the curb and play it a bit safe at the same time, experiment first by planting a division from a common green hosta and see how it holds out.

Hostas bloom with light violet spikes in the summer.

Read our in-depth article on hostas for more information on this lovely shade tolerant plant.

I planted this one by the street more as an experiment, because I knew that yellow archangel was a very rugged plant. It did suffer some dieback during the first winter since it didn’t have enough time to get established. But the false lamium has managed not only to come back, but it has begun to try to take over the entire flowerbed. 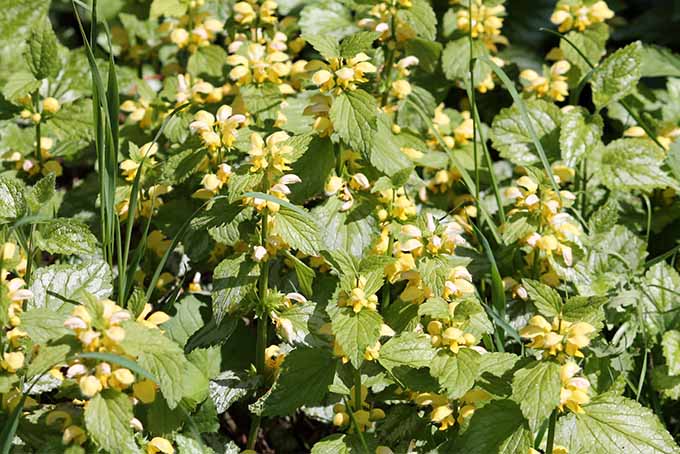 In fact, it can be incredibly invasive. This happened despite planting it only a couple feet from the road. It’s also known as yellow archangel because it blooms with small yellow flowers in May.

Hakonechloa grass comes in several varieties. The most popular is the golden Hakonechloa grass, which has green and gold variegated foliage. There is also an all-gold variety, as well as a green cultivar that is supposed to have good autumn color.

Hakonechloa grass is salt tolerant and it also tolerates moderate to full shade, which is unusual for an ornamental grass.

Vinca minor, also known as myrtle or periwinkle, is a common shade-loving ground cover known for its evergreen foliage, and purple flowers in spring. V. minor is an excellent salt tolerant perennial.

There are the seven best salt tolerant shade perennials that I have found. It’s not easy to find a plant that fits both of those qualifications, but with these plants, there are a number of different landscape possibilities to work with.

What are some of your favorites? Share them with us in the comments! 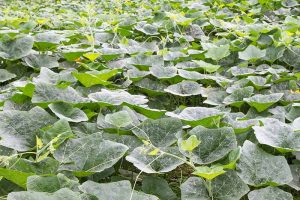 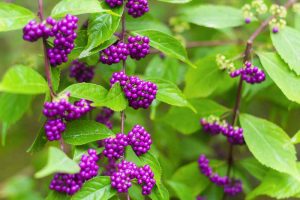