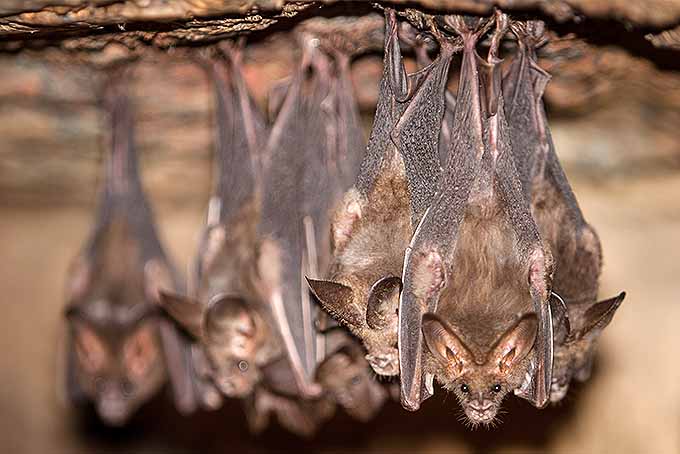 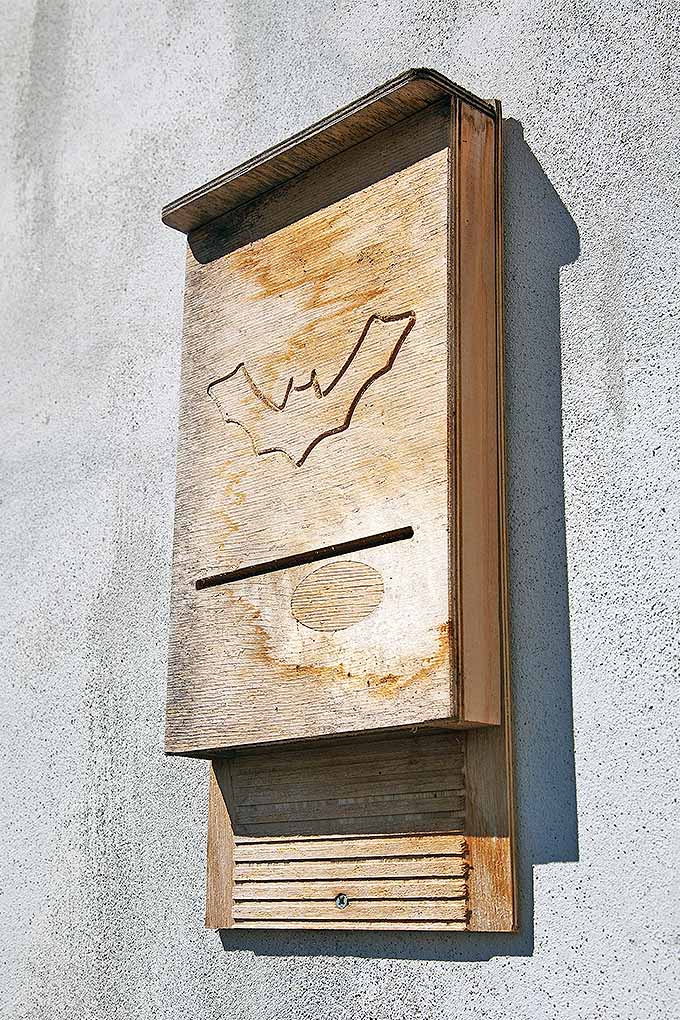 Ever since I was a child, a favorite pastime during the summer evenings was watching bats fly over an open yard.

I’d lie down in the shaggy grass and watch them hunt, admiring their acrobatics. If I listened carefully and the night was still, I could hear a few fluttery flaps of their wings, and maybe a squeak here and there.

Now, as an adult, I still watch for bats during the summer. When I see them, I feel that same sense of wonder I experienced as a young’n.

I was lucky enough to have a few roosting behind the shutters of an old apartment building, right outside my window.

And when I lived in Arizona I would visit an old bridge in town that was home to a colony of thousands. They’d all take flight at about the same time, following the first one daring enough to enter the twilight sky.

Bats have always been a welcome part of my life and encouraged residents in my garden. They offer tremendous benefit to the garden and the neighborhood, and they are a sign of a healthy ecosystem.

However, like many critters in these modern days, they are beset by a number of challenges to their continued existence. 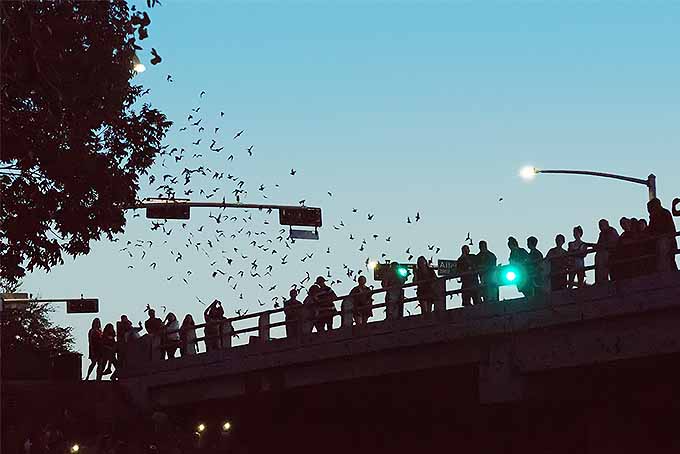 Keep on reading to get a short and sweet overview of the benefits bats provide, the threats they face, and lastly, a guide on how to encourage them to live in your garden and near your home.

Yup, that’s right. And not just any bugs. Bats favor mosquitoes and other flying insects.

The next time you’re shopping for citronella candles, geraniums, and other mosquito deterrents, consider giving a few flying friends a home instead. In exchange for aiding your local ecosystem by providing an inviting home, you receive 100% all-natural flying insect control in return. 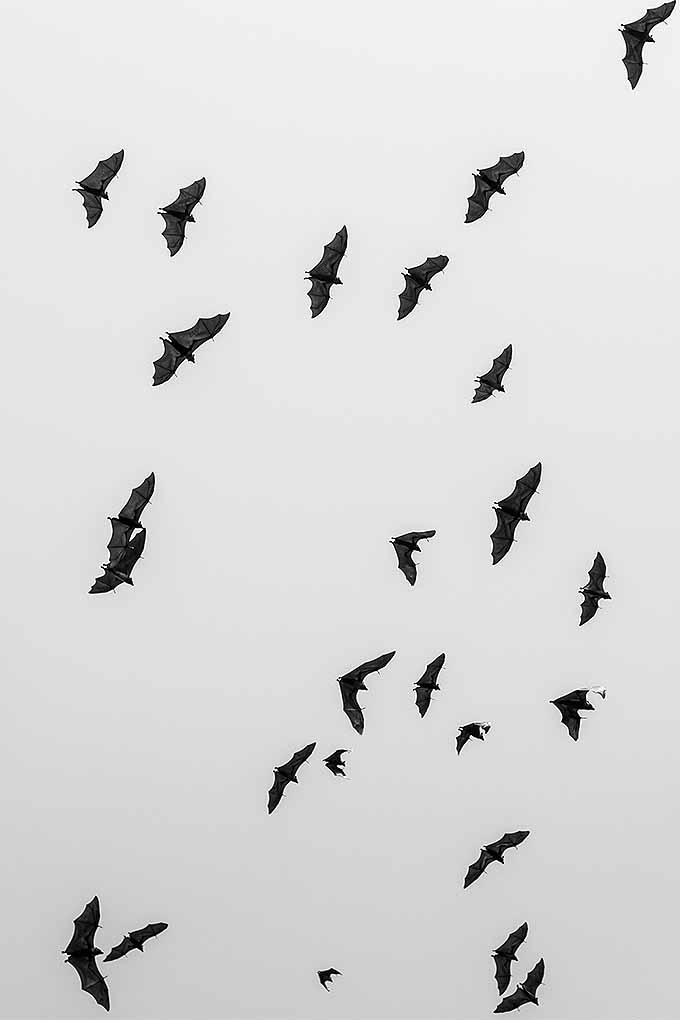 The typical bat weighs about half an ounce, or 15 grams. They must eat at least ¼ of their body weight every night to survive, with pregnant females eating up to their entire body weight. When you consider the miniscule and almost insignificant weight of your average mosquito you can imagine how many nasty ol’ bugs a single bat can devour in one evening.

Now consider that they also live together in colonies, and you’ve got yourself some powerful automatic insect control.

There are a host of other benefits to having these creatures in your garden, but this one takes the cake, as far as I’m concerned.

Get Your Facts Straight

There are 44 species living in North America, some of which are endangered and others that are listed as species of concern. They are facing this increasing level of decline because of environmental and manmade stresses.

In 2007, in caves in New York, bats were first discovered to be infected with white-nose syndrome. It is a disease caused by a fungus called Pseudogymnoascus destructans that is often found around their noses.

The disease causes the animals to use up their stored energy during winter hibernation. Because they live in colonies, it tends to spread quickly, resulting in some population losses greater than 90%.

It is difficult for bat populations to bounce back because they have a single offspring each year, and live to typically 5 to 10 years of age.

Despite the common comparison, bats are nothing like rodents. Mice, rats, and other rodents tend to have short lives and breed in massive quantities, whereas each offspring produced is a major investment for the bat.

Manmade stresses impact total population counts as well. The common belief is that bats are rabies-infested devils always seeking a nice head of hair to get tangled in.

I blame ‘80s movies for this stereotype.

Unfortunately, bats have been targeted for extermination by humans on many levels. Their natural habitats are increasingly targeted by humans for safety reasons: closing old mines that are used as colony homes, or clearing dead trees that they can roost inside of.

Facing environmental dangers and pressure from humans, they can find themselves in an increasingly risky situation. Luckily, we can help, and in the process rid our yard of legions of mosquitoes.

Bats need access to water. This could be as simple as a fountain, or even a birdbath.

Compost heaps and water features can attract the insects they like to feed on, which makes them beneficial to bats. If you aren’t already composting, here’s one more reason to do it!

Consider leaving some of the less destructive caterpillars in the garden as well. They will eventually turn into moths, at least some of which are fated to then be devoured by a hungry bat.

The ideal solution to invite bats into your garden is to allow natural homes for them to find. After all, the goal of constructing a DIY shelter is to closely mimic the natural environment that they prefer… so why not just provide that type of environment?

Bats will naturally find homes in the loose bark of trees, cavities in a trunk, or splits in branches. If it’s safe to maintain a tree in this condition in your yard, it’s already a perfect place for them to roost. 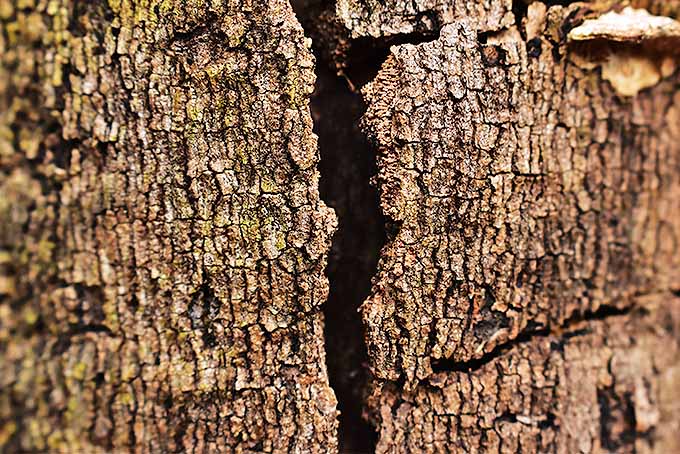 Although bats have been flying around for tens of millions of years, the practice of building houses for them is a nascent practice. Unfortunately, they don’t seek apartments and housing with a handy internet search, so there’s no telling if they will take up residence in the house you create.

But just like the lottery, you can’t win if you don’t play. The worst case scenario when building one of these structures is that you’ll have a fun afternoon and then have an interesting conversation piece for visitors. But you just might luck out and give a home to some bats in need.

Building your own bat box at home to encourage local night fliers to come to roost isn’t out of the realm of possibility.

In fact, if they’re already living in the area, this is an excellent weekend project! 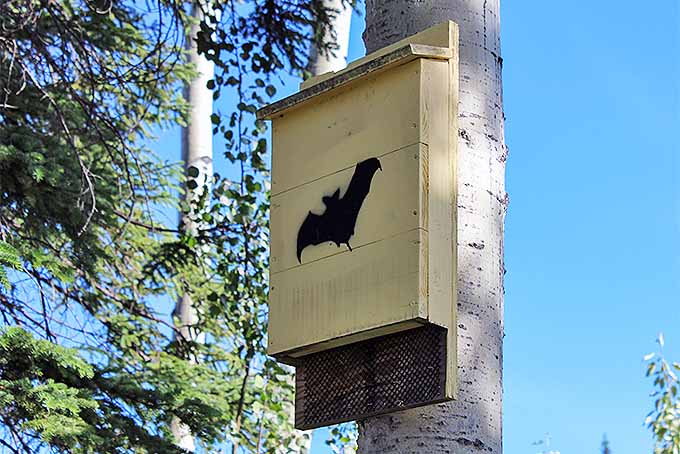 Ready to get your DIY on? Check out our simple photo-illustrated tutorial for instructions. With some basic materials and tools (nothing beyond a battery-powered drill is required, unless you want to get fancy with the woodworking or decorations) you can build your own.

If you’re not quite ready to embark on the homemade route just yet, our tutorial also includes a few suggestions for ready-made options that you might enjoy.

I love observing the local wildlife in my area, and nothing beats the natural pest control that bats provide. They’re part of our local ecosystem, and nothing to be feared. In fact, they’re pretty amazing!

Don’t forget to share your own experiences and questions with us in the comments below. And if you’re looking for more information on attracting local wildlife to the backyard, check out our review of Nancy Lawson’s book The Humane Gardener.

Matt Suwak was reared by the bear and the bobcat and the coyote of rural Pennsylvania. This upbringing keeps him permanently affixed to the outdoors where most of his personal time is invested in gardening, bird watching, and hiking. He presently resides in Philadelphia and works under the sun as a landscaper and gardener, and by moonlight as a writer. An incessant questioning of “Why?” affords him countless opportunities to ponder the (in)significance of the great and the small. He considers folksy adages priceless treasures and is fueled almost entirely by beer and hot sauce.
More Posts
Subscribe
1 Comment
Oldest
Newest Most Voted
Inline Feedbacks
View all comments 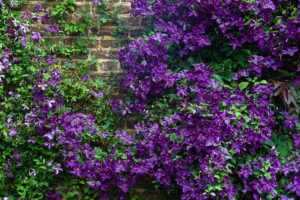 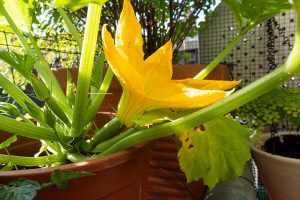